I love the photo of Doris and Billy Grey. I wonder what Billy had to say about working on the Moonlight films and working with Doris.

He phoned in on one of her birthday tributes and said he enjoyed it very much, Johnny.

The then radio crooner Jack Smith with Doris and Billy Gray in On Moonlight Bay, 1951.

“Doris Day’s third film that year, On Moonlight Bay, is one of the movies for which she is most fondly remembered. Extremely successful at the time of its release, it confirmed Day’s popularity with moviegoers. She won the Photoplay Gold Medal Award for her role in the film, an award bestowed at that time by the readers of Photoplay magazine who would cast their votes annually for their favorite male and female star performances.” – Derald Hendry http://www.dorisday.net/on-moonlight-bay/ 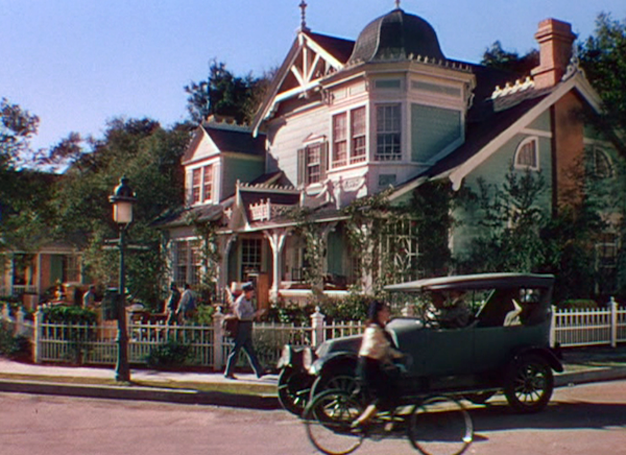 On the street where they lived - or maybe it's the actual house? 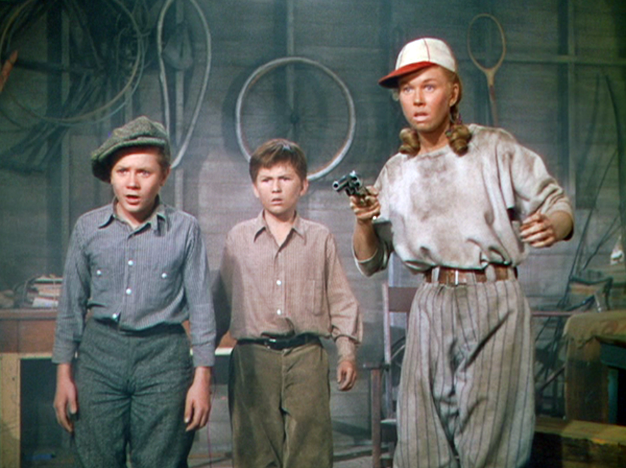 Soon into the film, Marjorie takes a gun from Wesley, belonging to the father of the kid next door. 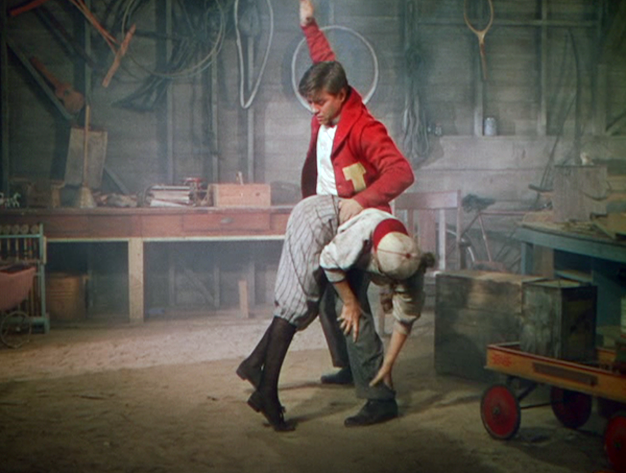 The gun goes off accidently and blows the garage door off, falling on Bill Sherman (Gordon MacRae).
Bill sees Marjorie with the gun and, thinking she's a boy, decides to give 'him' a good spanking. 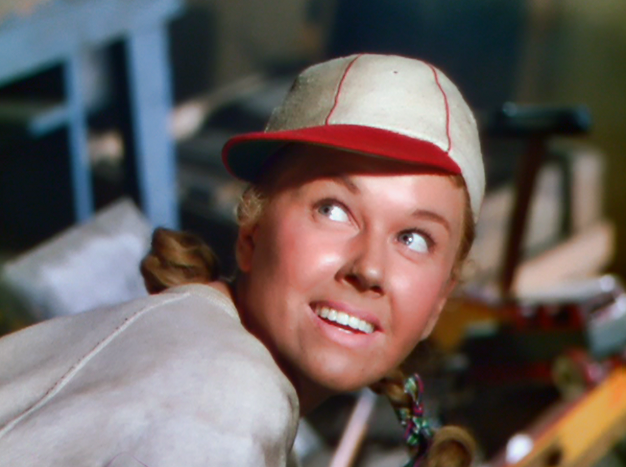 Until Marjorie turns round to look at him!

“The passage from carefree tomboy to boy-crazy young girl connected with female adolescents in the audience. Day may have been the girl next door, but even the girl next door had to grow up, leave home, and get married. There is a kernel of truth in the romanticized puberty rites Day undergoes in On Moonlight Bay. The very fact that she suffered through this transitional period in a girl’s life separates her immediately from the sex goddesses with whom she was contemporaneous.” – George Morris, Dons Day (book)
Follow Remembering Doris Day: https://twitter.com/DayRemembering
Top

Thank you Bryan for the information on Billy Gray.

I love this On Moonlight Bay banner. It conveys so many good feelings. What a wonderful way to start the month of March 2016; thank you so much!
Johnny
Top

Where Are They Now: "Personalities" with Billy Gray of "Father Knows Best" 1991:

Adore this banner and the movie!
As we journey under our individual umbrella's,we should not forget we all share the same sky.Doris Day
Top

Thank you Bryan for the Billy Gray link. I found it very interesting and was really impressed by his creative mind regarding his inventions. He had an amazing natural talent as a young person and his brightness shone through his performances. I wish he would have had the opportunities and support as an adult to get roles worthy of his talent. He had so much promise.
I found some other articles on him and he is now 78 years old and living in the same home he bought in Hollywood in 1957.

Fortunately, he found his passion in motorcycles seems happy with this pursuit. I will always be thankful for his work with Doris in On Moonlight Bay and By The Light of The Silvery Moon. He added spice to the story along with Mary Wickes.

The expressions on Wesley's, Marjorie's and Chester's faces in the banner are priceless. Wesley's expression just knocks me out with laughter.

I want that house! Aside from fabulous leading men / co-stars, and fabulous clothes, Doris did have some amazing homes in her films [and on TV].

I adore her apartment in the TV show and loved the farm house- I loved the house [when finished] in Daisies- and the NY apartment - the Pillow Talk and LCB apartments were just fabulous [though too modern for me] - but that home in Moonlight Bay/Silvery Moon- and the home in Young at Heart are [to me ] perfection. I also loved her home in Thrill of it All.
Top

The Moonlight house is my favourite too, Jas. It has so much charm and wamth.
Johnny
Top Yes Jas you are right,the house is so marvelous!
As we journey under our individual umbrella's,we should not forget we all share the same sky.Doris Day
Top

Thanks all - and great image, Dorine - hadn't seen that before! 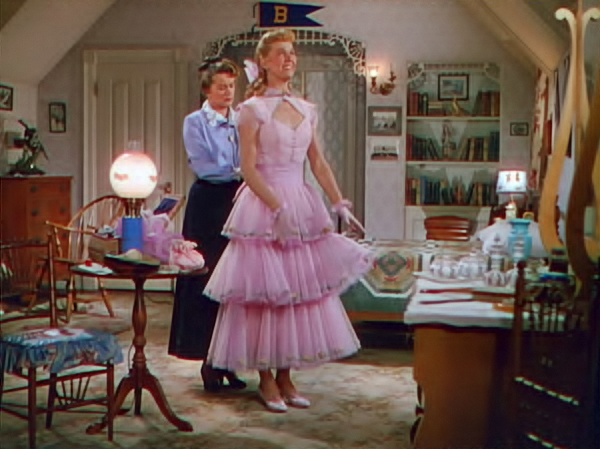 Marjorie gets ready for her first date with Bill. (That dress looks like a Xmas tree. 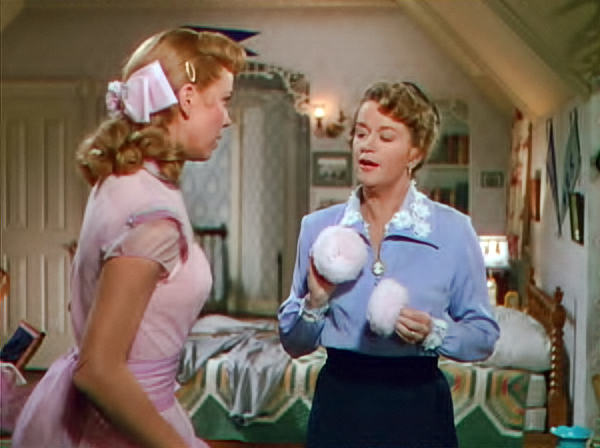 Her mother seems to think that nature needs a little help! 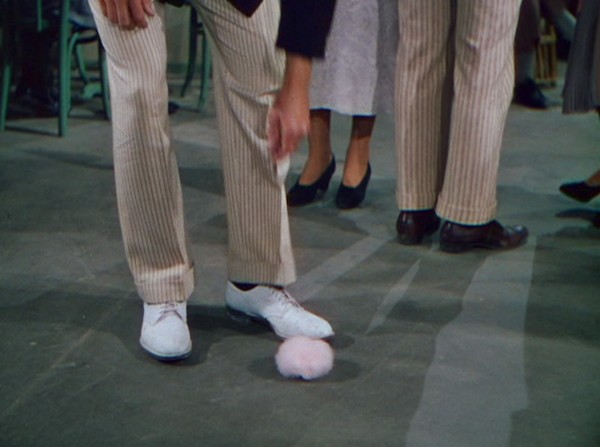 After some energetic dancing, the help drops out! 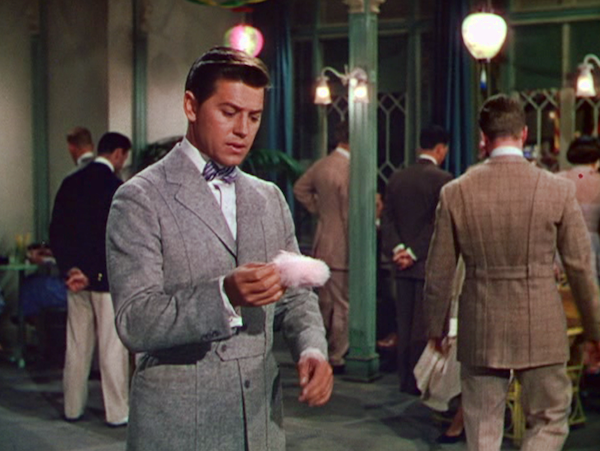 Bill is puzzled - and Marjorie is embarrassed!

You might think I've changed the film but the caption says "Doris Day, "On Moonlight Bay". 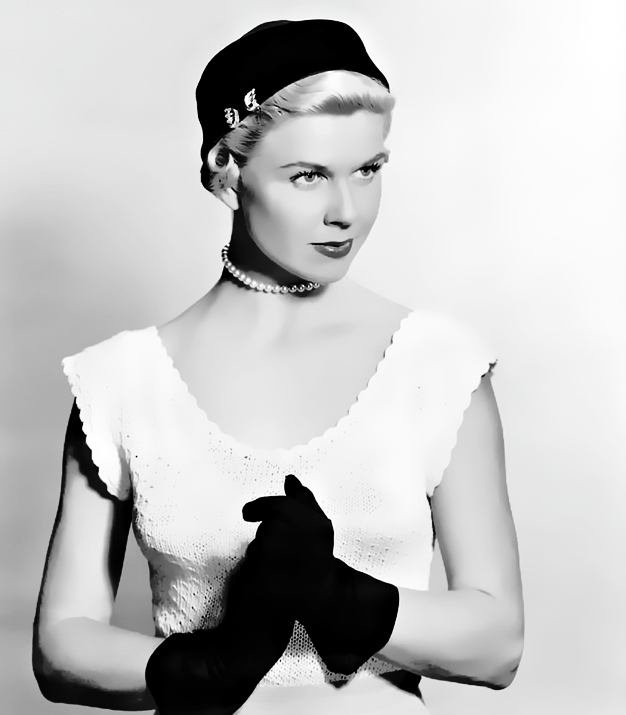 This is the whole image, which I've asked Puck to colour. 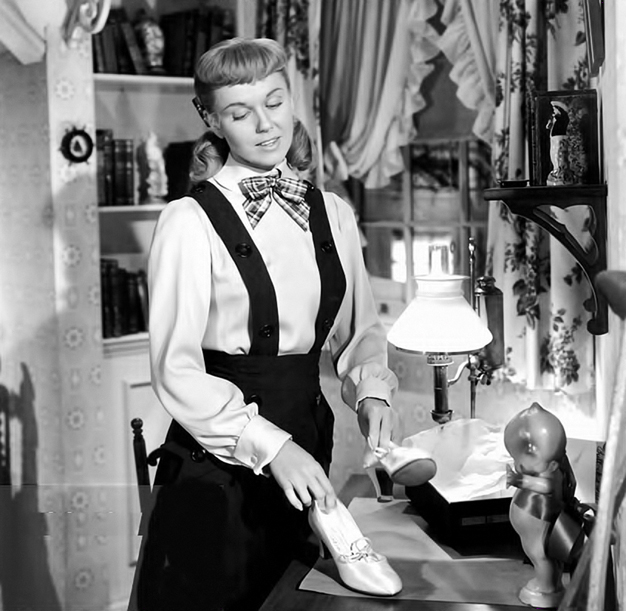 And this, of course, is how Doris looked in the film - in black and white!

I can't imagine it in black and white, but I think it would still be a very good film because it has such a good story.
Follow Remembering Doris Day: https://twitter.com/DayRemembering
Top

Bryan, i love the dramatic look of this beautiful black and white banner. Doris looks absolutely gorgeous. It is very hard for me to believe Doris will be 92 years young in a month. I hope she is doing well and can celebrate in her own way whether its in a private or public way, she deserves to have the best birthday ever. Thank you so much!

Thanks Ania and Tybear - yes, hard to believe Doris is almost 92! I was chatting to a man on a bus ride a couple of days ago, I thought he was in his 70s until he told me he was 96! I said to him, you probably don't smoke or drink? "I do!, he said, I've been smoking since I was 15 and I chain smoke - and I also like a drink!" But he looked amazing for 96, with a small black moustache like Hercule Poirot!

Doris looks so regal and elegant in this banner. She looks like she could have played Audrey Hepburn's role as the princess in Roman Holiday.

Thanks Johnny. Here's another one - I'm sure you'll like this.

A classic shot from the film.Thanks to Peter for the original:

She makes an adorable baseball player, doesn't she?
Like Irene Dunne done.
Top

Doris, the baseball player is the picture of the perfect girl next door. I love it.

She sure looks happy there - that radiant smile gets you every time!

She said she loved making this film and By the Light of the Silvery Moon, didn't she? It must have been a real treat working with such a friendly and talented team.
Follow Remembering Doris Day: https://twitter.com/DayRemembering
Top

What a great banner. Looks like Paul Kappelhoff wasn't the only baseball player in the family!
Top

Should get some colour ones from Puck soon - she's much better at it than me!
Follow Remembering Doris Day: https://twitter.com/DayRemembering
Top As we journey under our individual umbrella's,we should not forget we all share the same sky.Doris Day
Top
Locked
1275 posts