lovely banner,and especially the one before that with the checkered blouse,adored how Doris looked with that hairstyle. Me too, Dorine. And thank you all, espacially Bryan, and the " Love me or leave me" portraits are amazing to color, one of my favorite, with that hair style, she looks just marvelous, and her eyes seems always smiling to use, bright and shining, she looks so happy, and she did also a perfect job on "Love me or Leave Me"
Top

Great banner, as Always!!!
Thanks for sharing.

Thanks all - here's another version from Puck:

This brings back some happy memories:

Thanks Bryan for this Pillow Talk banner. Just thinking about Doris and Rock in this happy film brings back the magic. I love this photo in black and white.
The on set picture is great. It is new to me.
Thanks again.
Johnny
Top

Thanks Johnny. I hadn't seen either before - love Doris' expression, a mixture of disbelief and suspicion!
And we all know why.

"Pillow Talk banner" is fantastic, absolutely I love him♥ Doris and Rock are so incredibly wonderful, beautiful and divine♥ Rock Hudson is my ideals of male beauty♥ Doris is my angel.♥ My beautiful, my wonderful goddess, my angel♥ Bryan thanks for another great banner♥

This is also from Pillow Talk, I believe?:

Thank you Bryan for this beautiful banner. Doris is absolutely gorgeous. Doris always looks beautiful in black and white but color really enhances her natural beauty. Her amazing blue eyes are always so bright and with a definite twinkle. Doris has an awesome personality. Thanks again Bryan for making this forum possible for all of us who love Doris and love honoring her.

Another beautiful banner Bryan - yes the pic is from Pillow Talk era- though not from the film - she did not wear this outfit in the film [unless it was worn under the beige coat/ red hat combo]?
Top

Amazing banner Bryan, wonderful colors, and her eyes so bright and shining, smiling, she is just a amazing person, beautiful inside and outside.
Top

Thank you all - and thanks for hanging on in there, Tybear, great to read your comments.
(The first six months are the hardest!)

Here's another - going to concentrate on Pillow Talk for a bit so any memories or pics you want to share would be most welcome.

Bryan thank you for this beautiful Pillow Talk banner. I love love love Pillow Talk. Doris Day and Rock Hudson together it just doesnt get any better. Doris is gorgeous whether in color or black and white. Im so thankful for this forum. I love all the comnents, stories and memories posted here. Thank you Bryan for your encouraging words they are definitely needed and very much appreciated.

Thanks Ania, like the image, and glad you're still enjoying the forum, Tybear - I still enjoy it, even after all this time! Following Doris on her adventures is never dull - and you meet a lot of great people on the journey.

Doris & Rock on the set of Pillow Talk - or should that be Eunice & Roy?

Bryan,
These black and white pictures of Doris are beautiful . She truly is the most elegant and classy actress i have ever seen. It really is a priviledge to watch this talented lady perform. Thank you for sharing all the beautiful pictures and banners.

Thanks Tybear - and great to see the bond between Doris and Rock and how much fun they had during filming, isn't it? 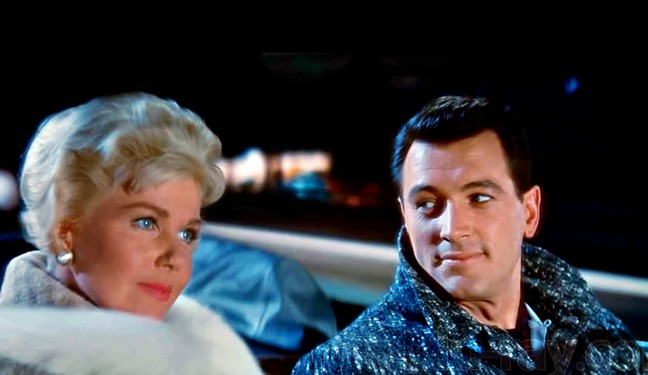 They must have felt they had a hit on their hands, great script, great stars, in widescreen and glorious colour. After low-budget films such as Julie and the Tunnel of Love and the lack of impact of It Happened to Jane, Doris' star seemed to be losing its sparkle - in fact producer Ross Hunter said he had problems booking Pillow Talk into theatres initially.

So this was Doris' 'comeback' almost and a formula for taking her into the final period of her screen career - the so-called bedroom comedies, with a few exceptions such as Midnight Lace. Had Pillow Talk failed it could have been a very different story. 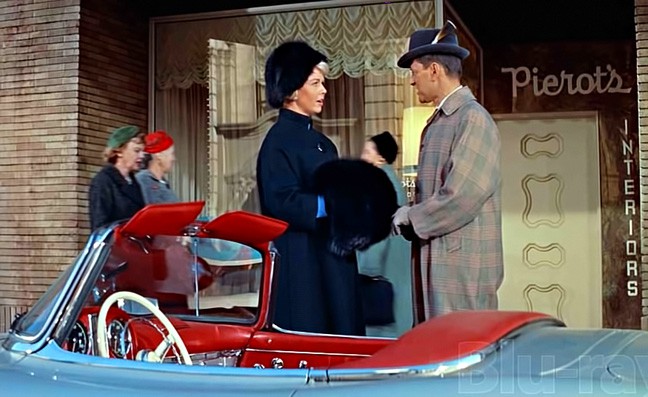 I'm so glad for Pillow Talk [always my fav DD film] - however, if it had not happened, who knows...other grittier roles may have manifested for Doris - Que sera though!
Top

Bryan,
I am very glad Pillow Talk was and still is a hit. I really love watching Doris and Rock together. You can tell they had such a special friendship. Im so glad Doris has those treasured memories with her good friend. Im sure she cherishes the memories even though they are also bittersweet. I know she misses her dear friend because when you lose someone whether its a family member, friend, or a beloved pet there is a void in your life and she has suffered a lot of loss. Thank you for the pictures of Doris and Rock. Im so thankful for Doris and that i grew up in a generation that allowed me to see her success as an entertainer, and that i have other people to exchange comments and we can celebrate Doris everyday.