More fabulous banners, love the current one and the ones from Dorine and Puck - Happy Christmas to you all and to our angel in Carmel.

Thank you all, and wishing you all a wonderful Christmas and an Amazing New Year, with a lot of health, love and many goods things on your way.
Top

Hope you are all having a happy and relaxed Christmas Day.

Hope Doris is enjoying her's - I'm sure she is! Here are some banners from recent Christmases.

Thank you for all these Doris Day banners so full of wonderful Christmas cheer. Just beautiful!
Johnny
Top 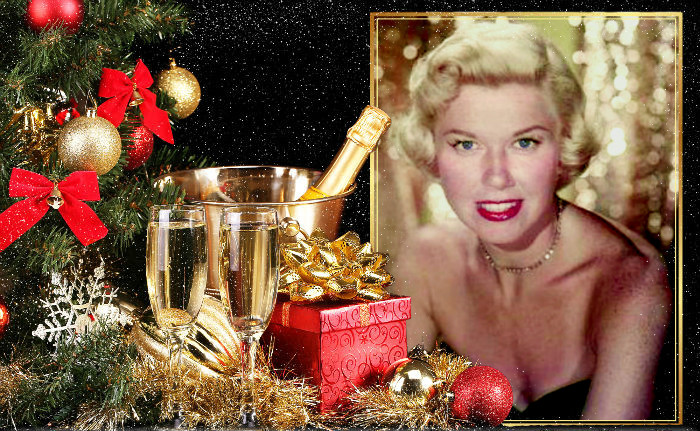 Merry Christmas Everyone! Thank you Puck and Bryan for these amazing Christmas banners. Sorry Ive been off the grid. My mom had a seizure and had a very hot cup of coffee in her hand which she spilled. It resulted in 3rd degree burns on her inner thighs. She has been in one of the best ICU Burn units in the state of Alabama. Please pray for my mother. I've missed being on the forum. I hope everyone had a wonderful Christmas and looking forward to a blessed New Year.

Thanks Johnny & Ania - hope you had a happy Christmas.

And Merry Christmas, Tybear - wondered if you were okay. So sorry to hear about your mother, must have been very upsetting for you - hope she makes a full recovery. 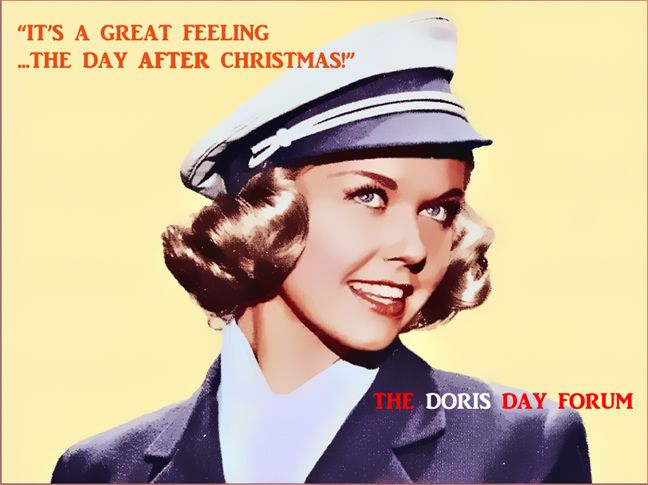 It feels good to get to Boxing Day - all cards, presents, meeting-ups, shopping, done! Time to relax.

Great banner Bryan, and it's just a time to relax.
Sorry Tybear to hear about your mother, hope she will will recover, take care.
Great image Ania.
Top

Great banners all!!!
Hope that you all had a great time at Christmas. Sorry to hear about your mom Tybear, hope things will change for the better soon.

Praying for your mom, Tybear. I know it's a stressful time.
Top

Tybear, please know that your mom and you are in my thoughts and care. I hope the Doris Day Forum will brighten these difficult times for you.
Johnny
Top

Thank you all - here's another from Puck:

I love the It's A Great Feeling banner. Doris looks so smart and cheeky in that hat.

Great banner, Puck. One of my favorite photos.
Top

Hello everyone and thank you so much for your sincere and heartfelt care and concern for my mother, me and my family. I love all of these colorful Christmas banners! I appreciate all your thoughts and prayers. And, Yes, Johnny this forum brightens my day. I love reading everyone's comments, because talk and pictures of Doris can brighten even the darkest of days. I am so thankful for my forum friends. Your kind words have really made my day!

Love to all,
Tybear
Top

Absolutely wonderful banner, I am delighted.♥ thanks Puck♥

Love all of these beautiful and colorful banners during the Christmas holidays...you are all so talented in creating them. It is always a treat to check in and see what's new. Hope everyone is enjoying a wonderful Christmas holiday and I wish you ALL THE BEST of everything for 2017 - will be glad to say good-bye to 2016...Happy New Year!!!
Mary Anne
"The BEST is yet to come."
Top

Thank you all, also my favorite photo.
Sad to hear about George Michael and Carrie Fisher and Today shocking news about Debbie Reynolds.
Top

Very apt banner Bryan- when I first heard about Carrie's death, my first reaction [after the initial shock] was for Debbie- thinking she was in the same boat as Doris- unfortunately she wasn't strong enough and it was just too much for poor Debbie.
Top

Tuesday's news about Carrie Fisher's death was shocking, and then to hear about her dear Mother, Debbie Reynolds on the very next day - OMG - so sad, shocking and unbelievable...Real life can be too real at times and I feel such a loss, especially with Debbie leaving us. She was a true icon - much of the comments about her career - from starting at age 19, to her singing and dancing career sound all too familiar....we are so lucky that Doris is still with us...I pray daily that Doris stays well and happy in these strange times. God bless her. I hope everyone has a very Happy New Year - glad to shut the door on 2016.
Happy New Year everyone.
Mary Anne
"The BEST is yet to come."
Top 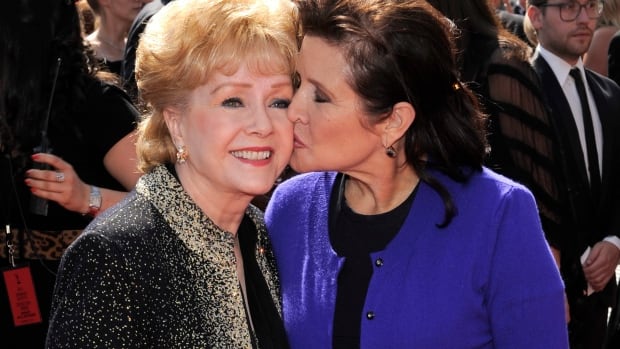 Debbie referred to Doris in her books as having had a similar experience to her with Martin Melcher when talking about her second marriage to millionaire businessman Harry Karl, (1960-1973) who left her broke because of his gambling, bad investments and spending habits. He had $100m when she met him and blew all of it - he would regularly lose between $100,000-$300,000 a day gambling and was compulsively 'generous', giving gifts of expensive jewelry and cars to everyone, including himself. When his money ran out he started using Debbie's and spent all of her $10m savings she'd put by from her work in films.

Like Melcher, he hired a dodgy lawyer who immediately creamed off 25% of everything for himself and gave Karl a huge amount of cash on a daily basis. Debbie only discovered she was broke when she was doing a season in Las Vegas and when she asked for her usual advance on salary to pay hotel bills and wages was told that it had already been spent by her husband in the hotel's casino. She also found she was liable for $3m in debts and after her house was sold she ended up sleeping in her car at times as she was effectively homeless.

Like Doris she spent years (56!) working and fundraising for a charitable organization she helped set up devoted to children and adults with mental health issues. The Thalians: ("Frank Sinatra, Sammy Davis Jr., Lana Turner, Harry Belafonte and Doris Day all have been supporters.")
http://www.hollywoodreporter.com/news/h ... ans-845883

Users browsing this forum: No registered users and 23 guests