PS I think these two are the same? 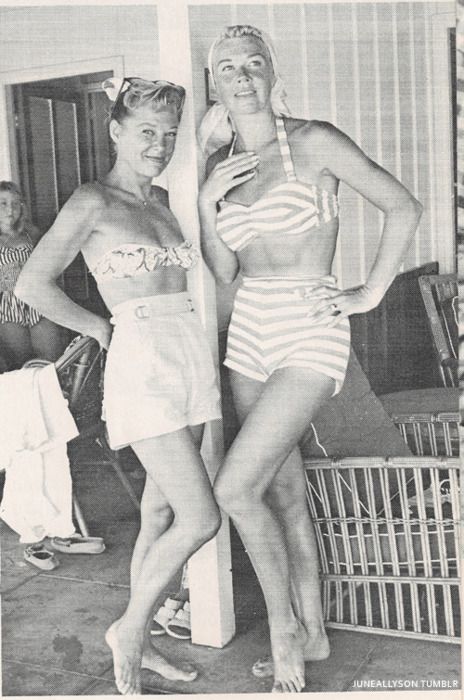 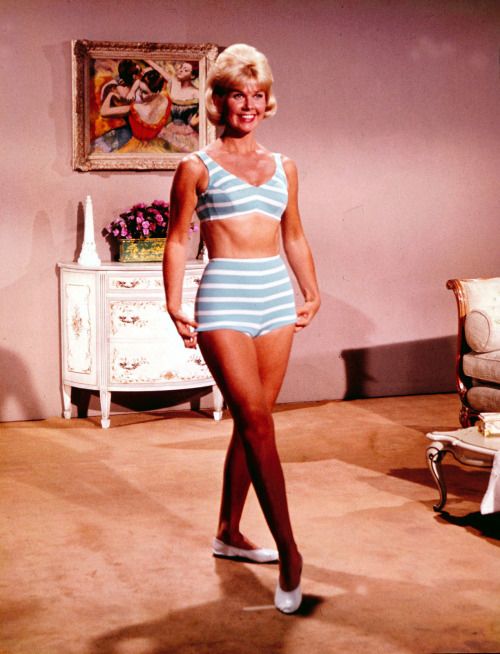 Didn't Doris have a contract where she kept all the clothes she wore in a film by this stage?
I know that Cary Grant did, so maybe Doris and Marty thought it was a good idea too?

Or was she just wearing her own clothes?
Follow Remembering Doris Day: https://twitter.com/DayRemembering
Top

Bryan - from Pillow Talk onwards [at least] Doris did have it in her contract that she could keep the clothes- hence you see her wearing that green outfit arriving in NYC to promote Pillow Talk. Hence you see the champagne outfit from the opera [Midnight lace] worn to the premiere of that film and worn to Golden Globes etc.
In one of the books it is noted that when Touch of Mink was finished -Doris gifted the whole array of costumes to her secretary at the time.
There are also pics of Doris wearing that pink suit [from Lover come back] at various events, including the recording studio, and, she wore the black dress from Lover come back to put her feet/hands in the cement in 1961.
Later, Doris wears the beaded dress [from Lover come back - though shortened] in season 2 of her TV show and she wore the green suit [from Mover Over Darling] in season one - again shortened. She also wears some of the fitted jackets from Glass Bottom Boat in her TV show.
Top

Thanks, Jas, that's very interesting - I didn't know it was in her contract that early. The wardrobe from That Touch of Mink would probably be quite valuable today if it had been well looked after.

So the bikini she's wearing from 'Mink'' in the photo with June Allyson must be later than 1962?

No Bryan, that striped bikini is much earlier than Touch of Mink time- I think it was bought in France during the making of the Man who knew too much and the picture is from this time- note the short hair cut.

The only pics I've seen of Doris with June Allyson were taking in the early/mid 50s.

Re- BANNER- it is fabulous- love this picture.
Top

Doris looks so at ease and fresh sitting in her backyard on a summer afternoon. The black and white photo adds a note of vintage nostalgia.

Thanks, guys, it is a great photo of Doris, isn't it? And thanks, Puck, will have some more from you soon.
Follow Remembering Doris Day: https://twitter.com/DayRemembering
Top

Thanks for all those great banners. Last one is from the great That Touch Of Mink!

Thanks Peter, It's hard to believe it's 56 years since That Touch of Mink was released (1962)! 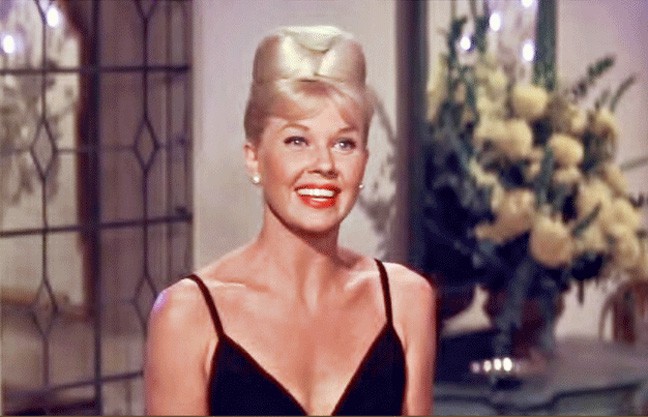 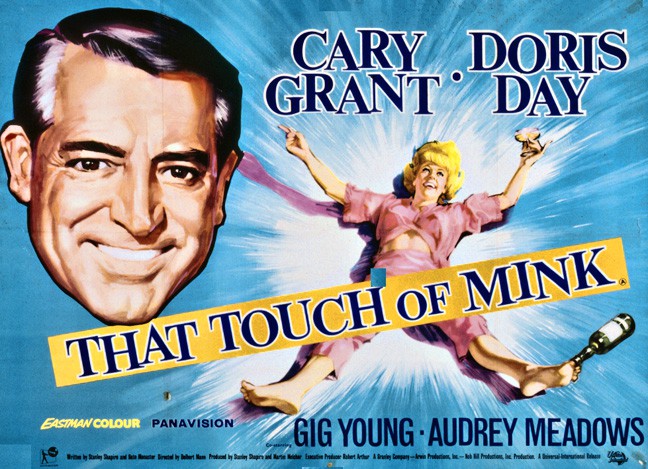 Thanks Bryan for another terrific Doris Day summer banner. The photo of Doris and Cary is so sweet, funny and charming.

There was a wonderful full day of 12 Doris Day films on TCM yesterday. That Touch of Mink was not in the lineup. This banner makes me want to see it again.
Johnny
Top

Yes, me too, Johnny! I wonder what it would look like in black and white? 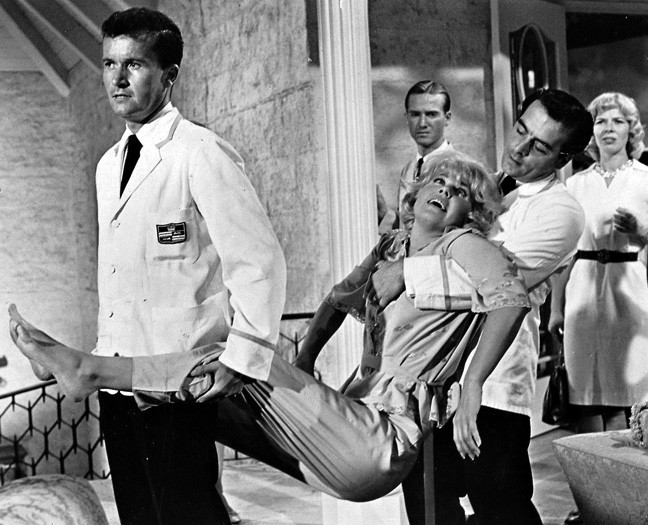 Is it my imagination or does the man who is carrying Doris on the right have his hand on her breast?

Bryan. Love all these swimming banners. Doris looks AWESOME as usual...Thanks for sharing such fun photos...loved watching TCM yesterday
With all the DD movies! We need more DORIS DAY DAYS!!!
MARY ANNE
"The BEST is yet to come."
Top

Bryan banner is great, I like this movie very much!♥ They played great here!

Oh no Bryan - Touch of Mink is colour- not b&w.

Love the banner of “That Touch of Mink” just great combination, fun and charming, but that she is, that is why she makes this movie a hit, not only she play it perfectly, but give that fun we like so much.
Top

Thanks Bryan for the bright, sunny and happy That Touch of Mink banner. Doris and Cary looked great together and they made a really enjoyable film.
Johnny
Top

Thanks! You can watch it and other DD films on Daily Motion:

Stunning and classic banner. Love it.

IMDB Trivia
"Myrna Loy recalled that in the scene where Doris Day becomes hysterical on a staircase after one of her tormentor's taunting phone calls, Day was so overwrought with emotion that when the director called "Cut!" the star could not stop crying, and had to be all but carried to her dressing room."

"Dictating his memoirs near the end of his life, Rex Harrison barely mentioned 'Midnight Lace', except to say that he wasn't fond of the script. He also reported that Doris Day was under so much pressure to make the picture work that she collapsed. Doris Day was indeed under strain, though it was due to her personal form of method acting that caused her breakdown, not from the script or the production."

"Doris Day vowed to never make another thriller after 'Midnight Lace', claiming it emotionally drained her. She stayed true to her word; until her retirement eight years later, the only movies she made were comedies."
Follow Remembering Doris Day: https://twitter.com/DayRemembering
Top
Locked
900 posts