by webmaster
Thanks for that, Howard. I added the pic, link and formatted the text a bit. Good interview! 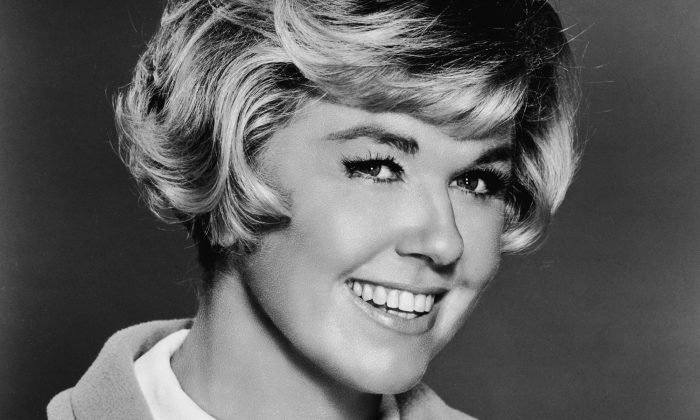 April 3, 2019, is Hollywood legend Doris Day’s 97th birthday. The former silver screen goddess’s perennial beauty proves, beyond doubt, that age is just a number, and a woman can be attractive at any age.

In truth, Day, a singer, actress, animal activist, and television host, only found out her actual age when she was 95 years old after the Associated Press obtained a copy of her birth certificate. On the birth certificate, it states April 3, 1922, as Day’s real birth date.

Day, whose career as a singer and actress spanned over six decades, always thought she was two years younger than her actual age. She told the Associated Press in a statement: “I’ve always said that age is just a number and I have never paid much attention to birthdays, but it’s great to finally know how old I really am!”

On her 97th birthday, Day will be spending time with her loved ones, enjoying good food, particularly her favorite Edy’s slow-churned chocolate fudge ice cream.

In honor of Day’s birthday, a weekend celebration was organized by her charity the Doris Day Animal Foundation a few days prior to April 3, in Carmel, California.

During the three-day event attended by loyal fans, the 60th-anniversary screening of romantic comedy movie "Pillow Talk" was held, followed by a Q&A with Day’s co-stars over the years, and an auction in the name of the Doris Day Animal Foundation. In addition, there was a performance by pianist Michael Feinstein, who played favorites from the American Songbook.

Speaking to The Mercury News, fan Heidi Addison, who flew from Scotland to Carmel to attend the weekend celebration, said: “I’ve loved Doris Day all my life. I’ve seen ‘Calamity Jane’ about a million times. Nobody has a bad thing to say about her. She’s just like an angel.”

The Pillow Talk star withdrew from the glitz and glamour of Hollywood some three decades ago. She didn’t attend the event, but said in a statement, “I was floored to hear about all the activities happening over the weekend!”

“I’m so touched and grateful to my pals who donated their time and talents and the wonderful fans from all over the world who made the trip just for my birthday. Their love and support to help us raise money for the precious four-ledgers mean it's truly heartwarming to see how the beloved actress and singer is sharing the occasion of her birthday to benefit these animals.

Day’s friend, Angela Lansbury, wrote in a tweet on her 96th birthday: “96 never looked better! When you live your life with grace, love and has kindness in your heart it really shows.”

Having lived to this age, Day has no regrets. “I’ve been blessed with good health, wonderful pals, lovely fans and so many precious four-leggers. What more could I ask for?” the star once told Closer Weekly.

As to her secrets to longevity, she said: “It’s important to stay active. I like to walk with my doggies.”

Wishing you many more wonderful years ahead of you, Doris Day. Happy Birthday."

by Jas1
Really love the pic with Michael Feinstein.

by Jas1
Appreciate the HR interview - interesting that she said she wishes she still had some of those fabulous screen clothes. Probably to auction off for the critters lol !

by jmichael
Jackie Joseph (what a wonderful person she is) posted on social media that she took Michael to meet Doris. She said Michael sang songs to Doris and she loved it. Doris thought he was just great. She described their meeting as magical. Isn't that sweet?

by Musiclover
Yes, very sweet indeed. What a trio those 3 make!

Wished to be there!!!

by howard
Thanks, Mike for posting that bit about Jackie bringing Michael Feinstein to see her. I'm a big fan of his, and it's wonderful to hear that he gave her a private concert. Love that!
Does anyone have a list of the songs Feinstein sang at the public concert?

by webmaster
Sorry, Howard, no idea.

Doris Day prepares to speak at a press conference at the dog-friendly hotel she owns in Carmel, California July 16, 1985 ( Photo by Paul Harris/Getty Images )

Doris Day is one of the most talented actors and singers of all time and a well-known animal welfare activist. Our blog today celebrates her 97th birthday that took place on Wednesday.

Born Doris Mary Ann Kappelhoff on April 3, 1922, in Cincinnati, Ohio, she released nearly 30 albums, recorded hundreds of songs, appeared in 39 motion pictures, on network radio, and had her own sitcom, The Doris Day Show, on CBS Television from 1968-1973.

From 1951-1966, she ranked as one of the top ten singers in America. Her feature film work is best remembered for the bedroom comedies with actors such as Rock Hudson and Jams Garner.

She has received numerous awards for her work with animal welfare, lifetime achievement awards, and a Presidential Medal Of Freedom award by President George W. Bush.

A blog really does not properly pay tribute to this outstanding lady.

The song today was her first hit called “Sentimental Journey” from 1945. She started her big band singing career in 1939 with orchestra leaders such as Jimmy James, Bob Crosby (Bing’s brother) and Les Brown and his Band of Renown. Our song today features Doris, backed up by Brown’s band.

Brown had been performing the song during the early 40s but was unable to record it due to a musicians’ strike from 1942-1944. When the strike ended, the band along with Doris recorded it. The song was released around the end of World War II so it became an unofficial welcome home song for the troops. With music by Brown and Ben Homer and lyrics by Bud Green, running around 3:30 on the Columbia Records label, it goes like this:

Got my bag, got my reservation
Spent each dime I could afford
Like a child in wild anticipation
Long to hear that all aboard

Happy Birthday Doris and thanks for the great memories!!

Thank you a bushel and a peck for the links to Michael Feinstein's performance.

Feinstein's comments about Doris were so touching. I love that he chose My Romance to pay tribute to her too. This brought tears to my eyes.

Again, thank you for posting these.

howard wrote: ↑
05 Apr 2019, 15:58
Thanks, Mike for posting that bit about Jackie bringing Michael Feinstein to see her. I'm a big fan of his, and it's wonderful to hear that he gave her a private concert. Love that!
Does anyone have a list of the songs Feinstein sang at the public concert?

I don't know either but I will ask around.

From what I'm told, Feinstein only sang one of her songs: My Romance from Jumbo! and he dedicated the performance to her. If you watch one of the clips Peter provided in this thread, you will see it. He sang for 45 to 60 minutes total.

I was hoping he would sing It's Magic, I'll Never Stop Loving You or something from Duet perhaps.

by howard
Thanks, Michael. Yeah, I was hoping he would sing many Doris tunes. Oh, well, it was good of him to do anything at all.

by jmichael
An article like this, published in an industry favorite like The Hollywood Reporter, should generate some serious support for a lifetime achievement Oscar. I don’t know if that was the intent, but it reads like a textbook reminder of how huge her film career was and how much she has done for animal causes. I hope someone on the Academy Board Of Directors will advocate for her.

Received a message from The Doris Day Animal Foundation. They have some items for sale from this years benefit.
https://www.ebay.com/itm/Signed-Pillow- ... SwBwNcuKIo

by Johnny
Thank you Howard for posting this terrific Hollywood Reporter Interview with Doris. He love of her work and co-stars always shines through.

Sorry it's taken so long to get something on about the Birthday Weekend. I've had a lot of trouble because my smartphone produces videos in a format not accepted by YouTube. Therefore I had to convert this video to another file format before I could upload it. There's more to come, but this hopefully will keep you going for a while!! The picture quality is not as good as I would like, but I think the atmosphere of the evening comes across.

Michael Feinstein and Peter Marshall singing together at Carmel High School for the Performing Arts, Carmel, CA, on 30 March 2019. Unfortunately I missed the start of this set but the first song is the Cole Porter hit 'It's De-Lovely'. Peter made it humorous by giving Michael a written copy of the song for him to follow. When they started, Michael found that his only contribution was to sing 'It's' at the beginning of each line of the chorus! They then sang a medley of songs made popular by Dick Haymes. Peter explains that his sister, the actress Joanne Dru, was married to Dick and that their daughter and grand-daughter are in the audience. Peter dedicates the songs to them and to Peter's wife who is also there. Believe it or not, Peter was celebrating his 93rd birthday that evening! Amazing!

Hope you enjoy it.

Thank you so much for uploading, sorry to hear that you had all that upload trouble, but it's a great piece. Wished I could be there, but couldn't get away from my work. It's sounds very great indeed.

Enjoyed it a lot!