The Doris Day Web Forum - an unofficial forum for fans of Doris Day.
Forum rules
Treat others as you would like to be treated.
Post Reply
First unread post • 171 posts

If you search for Carmelmagazine.com and click on the Archives tab and then select the August 2019 issue, at the bottom of the page you will find the cover story called Sentimental Journey. It's a nice collection of remembrances of Doris and contains about 10 or so photos, some of which I'd not seen anywhere else. You can also type in her name in the search box at the very bottom of the website to bring up a couple of other cover stories about her that were published previously. Happy reading!
Top

Oops. The online article in Carmel Magazine contains only one photo. I read a hard copy of the magazine and assumed all of them would be included on the website. My mistake.
Top

It was lovely to see that Doris was recognized in the memorial tribute at yesterday's Emmy awards. They showed a photo from the Doris Day Show. A smiling Doris was wearing a beautiful red raincoat and rainhat with white trim.
Johnny
Top

Thanks for highlighting the 2019 Emmy's "In Memorium." I didn't watch live but did find just that segment - with Halsey singing "Time After Time" - at https://www.youtube.com/watch?v=fy4oClmBdxo.

Doris is shown second in the tribute at 0:53 seconds.

One commenter said that the tribute is in the chronological order that the people passed - so someone shown early in the tribute died earlier in the calendar year than those shown later in the tribute. Anyone know if this is true?
Top

The order was not chronological. Tim Conway died the day after Doris passed and he was near the end.

Lost Doris Day album revived by Les Brown Jr, who she looked after as a child

"Doris Day, With" Love features music recorded by the star before she found fame in Hollywood. 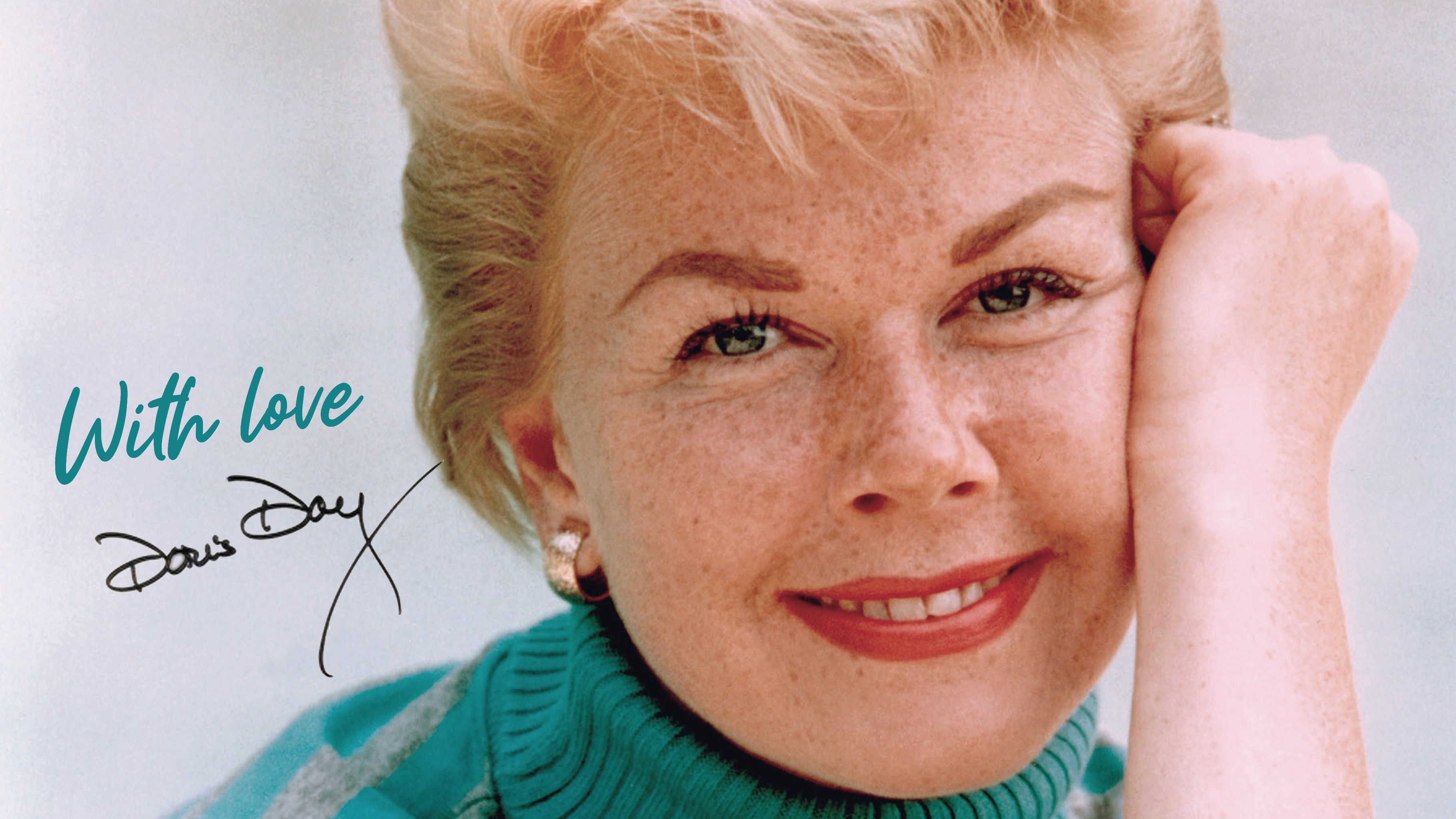 An album of lost recordings made by Doris Day in the 1940s has been revived by a man who she babysat for as a budding star.

Les Brown Jr, the son of Day’s former band leader, has combined her recordings, broadcast once on radio but unreleased on record, with his father’s orchestra. The result – titled "Doris Day, With Love" – will be released in November, nearly 80 years after the original recording sessions.

The Calamity Jane actress died at her home in Carmel Valley, California, on May 13 aged 97, after a serious case of pneumonia. Day began her career as a singer but switched to acting in the 1950s after securing starring roles in Calamity Jane and Pillow Talk, leaving behind a number of unreleased recordings.
The album features a selection of cover versions and was originally broadcast with Day accompanied by the Page Cavanaugh Trio, who featured in some of her early films.

However, it was only after teaming up with American jazz musician Les Brown Sr and His Band of Renown that she found real success, enjoying two number one singles in 1945. Now Les Brown Sr’s son, for who Day acted as a babysitter in her early years, has produced and augmented the original mono tracks with a full orchestra in stereo. Les Brown Jr became so close to the late singer he referred to her by the nickname “Dodo”. He told the PA news agency: “In the 1940s when my dad’s band would be playing in theatres between movie showings, I would be off stage in the wings.

Doris Day was a magical performer. A star of the screen of course, but blessed with a wonderful voice."
- Les Brown Jr

“After Doris finished her segment of the floor show, she would be backstage playing and looking after me in her dressing room while my dad was out with the orchestra.
“She had terrible stage fright. She didn’t mind it so much when the band was playing for dancing in ballrooms, but the floor shows terrified her and that’s why she liked having something to distract her, looking after me! It took her mind off her fears about performing.

“Doris Day was a magical performer. A star of the screen of course, but blessed with a wonderful voice.
“At the time of course I knew her simply as my dad’s glamorous friend, but to be able to orchestrate the Doris Day, With Love album is a dream come true, it’s like a final gift to all her fans. “I know that dad and Doris would be delighted. We’ve done them proud.”

I’m In The Mood For Love will be released via independent label Sleepy Night Records as a digital single on November 16, followed by the full album on November 29."

I think Les, Jr. is right -- his dad and Doris would be delighted with this album.
Top

Great notice, even if it is slightly incorrect in fact - the songs were recorded after Doris had been with Les Brown and after she had found fame in Hollywood.
Top

Not sure, Howard. It says there were 319 earlier. I will have a look at the stats tomorrow (almost midnight here). I'm not aware of any news of her - just checked.
Follow Remembering Doris Day: https://twitter.com/DayRemembering
Top

I checked it out and it was some friendly web bot, software that indexes your pages. I've cleared 'most number of visitors online' so it just shows the current number now. I've banned all 'bots' as that last one used up a huge amount of bandwidth.
Follow Remembering Doris Day: https://twitter.com/DayRemembering
Top

An exclusive 2-day auction event of over 800 items from the estate of the legendary Doris Day will take place April 4 & April 5, 2020 at Julien's Auctions in Beverly Hills. All of the proceeds will benefit the Doris Day Animal Foundation.

Thank you very much Michael!

Visit the auction site web page for an fascinating article on the auction and Miss Day's career legacy. And for $100 you can order a print copy of the auction catalog. Hqppy Days Texas Gonzalo
Top

Just skimmed through a new book entitled "Life Isn't Everything," Mike Nichols as remembered by 150 of his closest friends. Larry Turman, the film's producer, is quoted as follows: "For Mrs. Robinson, I was interested in Doris Day, because she's Miss All-America. I sent the book to her manager, who was her husband. He hated it and wouldn't even pass it along to her. Mike had expressed interest in Patricia Neal. The only other person was Annie Bancroft."


Howard, I merged your post-topic with this because (posted at the beginning of this topic):

This is an ongoing topic for all general conversations about Doris - in line with the idea of streamlining the forum... Please don't start new topics without a good reason as I will merge them with this.

If people feel it's important or it's news it's fine to start a new topic.
Like Irene Dunne done.
Top

Howard, I think Doris read it and refused it herself, judging by comments she later made.
Follow Remembering Doris Day: https://twitter.com/DayRemembering
Top

Doris Day’s Estate Will Go Up for Auction in April

"Bob Bashara and his wife, Jan, felt an instant kinship with Doris Day when they first met for lunch roughly 25 years ago. Today, Bashara is a retired veterinarian currently living in Omaha, Nebraska; back then, he had written the actress to praise her dedication to animal welfare — not only through her eponymous foundation, but notably the annual “Spay Day” program she had created in 1995 to encourage spaying and neutering to control the pet population. To Bashara’s surprise, Day replied, thanking him for his kind words and suggesting that he and his wife visit her in Carmel, California, the next time they were able.

“She was every bit as down to earth and as warm as you’d expect her to be,” Bashara tells The Hollywood Reporter of that first meeting. “There was never any sense that you were with ‘a movie star.’ That lunch turned into three hours, and at one point she said, ‘I’ve got to go, I’ve got to feed my dogs.’ As we got to know her, we understood that was something she really liked to do herself.”

Thank you Bryan for this excellent article on the auction.

The red piano is magnificent as well as the elephant planter from Rock Hudson.

I loved reading about Doris' admiration for the elephant in Billy Rose's Jumbo. Knowing about Doris' great love for animals , working on Jumbo film must have been a true joy for her.

I have always felt Doris would have been really authentic in a film role as a veterinarian helping animals.
I can't remember a film that focused on issues such as animal abuse and care.
Johnny
Top

"“Always loved Doris for her movies and her music – and we shared the talents of Page Cavanaugh who did his remarkable arrangements for both of us. You will be missed. Stefanie”

Thanks, Johnny and a nice comment from Stefanie Powers, Michael.

I just came across this: 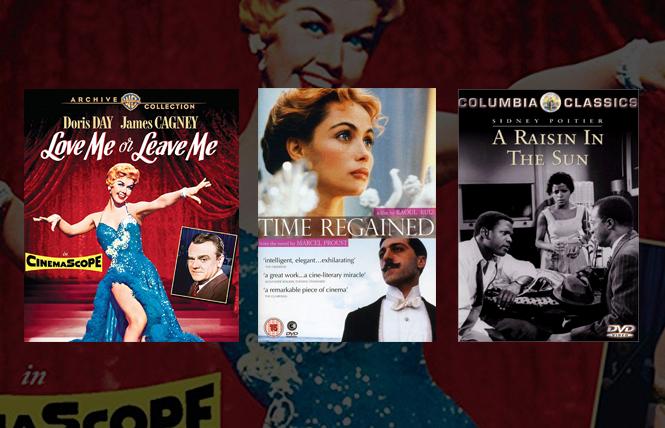 Viewing classics for the holiday season.
No.1 "Love Me or Leave Me"

Those seeking DVDs as holiday gifts for movie buffs will find a fascinating trove of classics to please even the most demanding fans.
by Tavo Amador, Tuesday Nov 26, 2019

"Doris Day's death this year at age 97 sparked assessments of her singing and acting. The latter focused on popular comedies opposite Rock Hudson and Cary Grant in which she primly guarded her virginity. They haven't held up well. (Meow!

They HAVE and she wasn't guarding her virginity (she was married in one) she just didn't want to be a one-night-stand and had principles.)

But 1955's "Love Me or Leave Me," a fictionalized biography of 1920s jazz vocalist Ruth Etting and her tortured relationship with gangster Marty Snyder (James Cagney), reveals Day at her best. Her singing is exquisite. (That's more like it!

Etting began as a taxi dancer, (?) and Day's hoofing is impressive. (Natch!) Snyder ruthlessly promoted her. Cagney's performance as a violent, manipulative, self-pitying abuser is extraordinary, earning him a Best Actor Oscar nomination. (Doris was robbed! Her acting was perfectly pitched to match Cagneys, they were equally great. See 'Sexism in Hollywood' when I write it.)

Doris Day was overlooked but holds her own. (Why was she 'overlooked'? She did much more than 'holds her own'!) Etting's growing resistance to Snyder's controlling her is strikingly revealed. With Cameron Mitchell. Directed by Charles Vidor, from a screenplay by Daniel Fuchs and Isabel Lennert, based on Fuchs' story. The terrific costumes are by Helen Rose." (I bet her clothes got an Oscar!)
https://www.ebar.com/arts_&_culture/dvd ... day_season
Follow Remembering Doris Day: https://twitter.com/DayRemembering
Top

Methinks your comments are spot on, Bryan. (Helen Rose didn't even get nominated for costume design, though. Go figure.)
Top

Thanks, Judy, just having a bit of fun - the critics seldom get it quite right from our point of view, do they?

I would like to sincerely wish a wonderful and Happy Thanksgiving to all our American Doris Day Forum friends. I hope this day creates beautiful memories for you, your family and friends.
Johnny
Top

I second that Johnny
Top

That's very thoughtful of you. Thank you.

"There's nothing in my bedroom that bothers me."
Top
Post Reply
171 posts