Great work, Johnny and like the way you are illustrating it - thanks!
Follow Remembering Doris Day: https://twitter.com/DayRemembering
Top

Thank you Bryan. These gifted performers shared their talents with us for many years.

On January 14,1957, Humphrey Bogart died at the age of 57. Among his many memorable films were Casablanca, and The African Queen for which he won the best actor Oscar in 1951.

in 1986 at the age of 64. She won the 1953 best supporting actress for her brilliant work in From Here To Eternity. She will also be remembered for her role as Mary in the Christmas film It's A Wonderful Life with James Stewart.

On January 14, 2006 Shelley Winters died at age 85. She won the best supporting actress twice. The first film she won for was The Diary of Anne Frank in 1959. In 1965 she won her second Oscar for her role as the nasty mother of a blind girl in the brilliant film A Patch of Blue with Sydney Poitier.

On January 14-2016, Alan Rickman died at the age of 69. He starred in the beautiful film Truly, Madly, Deeply. He also starred in the Harry Potter films.
Johnny
Top

Re-Debbie/Carrie - the HBO documentary about them both [made around last year] aired and it is very sad to see Debbie going down hill so quickly and Carrie obviously worrying about her.

I am so glad in retrospect that Debbie got the Hon Oscar in 2015 (even though she was ill by the time of the ceremony and could not attend). This and the SAG Hon award meant so much to her (as they don't seem to mean to Doris).

The documentary referred to above, where Debbie did attend the SAG awards in 2015 show how frail she was and behind the scenes - how hit and miss her attendance was - but the trouper prevailed - age is very sad - however this documentary showed how these 2 ladies lived on connected properties and how the roles had reversed by the end - it shows the total love between the 2 and it makes it all the more apt they went together. Please check it out if you can.
Top

How do you watch HBO, Jas? I've got Virgin Media & Netflix, I can't see any options there.
Follow Remembering Doris Day: https://twitter.com/DayRemembering
Top

A FB friend posted it there Bryan, I would try youtube now- I'd imagine it will be there - or soon, it only aired about a week ago. It was very m oving.
Top

Thanks Jas. Still looking but downloaded this:

Thanks for this 20/20 video, Bryan. I watched the HBO program and think that this one is the better of the two. Was surprised, however, at Robert Osborne's comment that Debbie is the "last" of the actresses from Hollywood's golden era. He must've had a memory lapse!
Top

Let us remember Virginia Mayo who died on January 17-2005 at age 84. She starred in West Point Story with Doris Day and James Cagney. She also starred in another picture with Doris called Starlift.
Virginia Mayo starred in the 1946 best picture of the year The Best Years of Our Lives. She was soldier Dana Andrews wife.

Agree Muscilover- re-- Robert O - maybe he was thinking of those from the Golden age who were still active in the Industry.
Top

Yes, always thought that Debbie & Doris were the last two living actresses of that period. But it's easy to forget people. They said Elizabeth Taylor was the last when she died.

Besides DeHavilland and Novak, the only other living actress I can think of from that era is Shirley MacLaine. She first appeared on the screen a bit later than Doris, but still early enough to be part of the studio system.
Top

Of course! Funny how we can forget people. Any men left?

Speaking of Kim Novak, I came across a long but very interesting Vanity Fair article about her, her 'forbidden love' and 'The feared and hated head of Columbia Pictures, Harry Cohn':

The mention of Kim Novak reminded me that she and Jack Lemmon made a picture together in the early 1960s called The Notorious Landlady, which was pretty funny as I recall (script co-written by Blake Edwards). Think I'll try to find out if there's a DVD of it.
Top

That's a favourite of mine, Judy, and on my Classic Films website:

You wrote a very fine summary of Notorious Landlady, Bryan. I must remember to visit your Classic Films website often.
Top

I wish you'd write something for it, Judy! And Johnny. And any other budding writers out there.

A 'Star Profile' of anyone from that era would also be great.
Follow Remembering Doris Day: https://twitter.com/DayRemembering
Top

Great and comprehensive article re Kim and Sammy - thanks Bryan.

Joanne Woodward is still with us too - from Doris' era, and as far as I know, Arlene Dahl and Jane Powell.
Top

Another legendary actress, Audrey Hepburn died on January 20-1993. She won an Academy Award in 1953 for Roman Holiday with Gregory Peck. She was nominated an additional four times, in 1954 -Sabrina, 1959-The Nun's Story, 1961- Breakfast At Tiffany's,and Wait Until Dark, 1967.
In 1990, she received the Cecil B. DeMille Award. Audrey Hepburn was known as a great humanitarian doing work for UNICEF.
Audrey is one of a few people who has won an Academy Award,a Tony for her work in Ondine, an Emmy and a Grammy.
Johnny
Top

On January 21, 1967, the beautiful actress Ann Sheridan died at age 51. She starred in Angels With Dirty Faces with James Cagney in 1938. Other popular films were King's Row with Ronald Reagan, The Man Who Came To Dinner in 1942 with Bette Davis and I Was A Male War Bride in 1949.

"I Was A Male War Bride with Cary Grant": 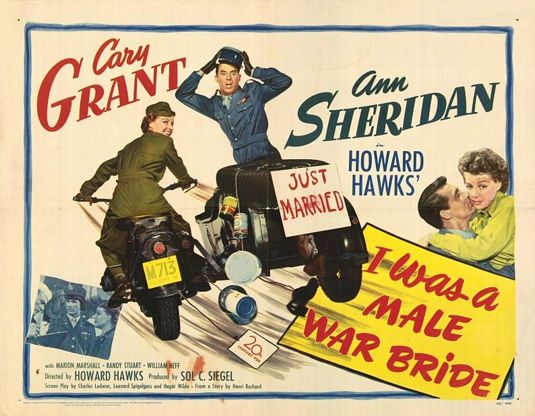 On January 22-2008 Heath Ledger, the Australian actor died suddenly at the age of 28. He was nominated for an Academy Award for Best Actor in 2005 for Brokeback Mountain. He won the Best Supporting Actor Academy Award posthumously in 2008 for his role as the Joker in The Dark Knight.
heath ledger - Heath Ledger Photo (22434931) - Fanpop.jpg[/attachmen In 2010, the English-American actress Jean Summary ns died.[attachment=0]heath ledger - Heath Ledger Photo (22434931) - Fanpop.jpg

Let us remember singer and actor Gordon MacRae who died on January 24,1986 at the age of 64.
Gordon starred in five pictures with Doris Day between 1950 and 1953. He first starred with Doris in Tea For Two, followed by West Point Story and then On Moonlight Bay. These films were followed by Starlift and finally By The Light of The Silvery Moon.
Gordon MacRae starred in two Rogers and Hammerstein musicals, Oklahoma and Carousel.
Johnny
Top

I don't remember ever reading that Doris made a statement on Gordon's death - does anyone else?
Top
Post Reply
399 posts