Great picture Peter... And musicologen, the picture with the woman, found on Toledo, Blade, photo by Tom O'Reilly, caught mayor DiSalle, left in the act of putting Toledo on the map, to the mayor right Doris Day and Irene Ryan, Bob Hope, jan, 29, 1949. In that time they visit Atlanta also in Januari........

The picture of Miss Day receiving the Award from the Theater Owners of America (TOA) was actually taken on September 16, 1960 at the ceremony held at the famed Cocoanut Grove.
Top

You're so right, my mistake. Thanks for correcting it.

Thanks Peter for posting such a beautiful shot. I'm sure you noticed that Miss Day was wearing the Irene designed gown from "Midnight Lace" that she also wore to the Oscars in 1960 but with a different hairstyle. I think it's one of the most elegant gowns she ever wore.
Top

Irene was such a talented designer. A website (Irene_Lentz.com) has some interesting in-depth information about her and her creations.
Top

Doris in her backyard. 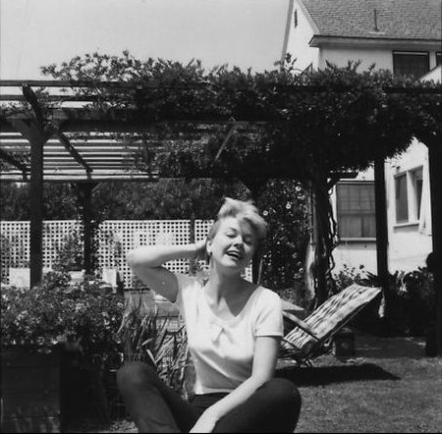 Ania - Lovely picture of Doris and Terry in March of 1973 at the dinner following the opening of Ross Hunter's musical version of "Lost Horizon". It was one of Terry's first outings after his 1972 accident and was a truly star studded evening. Unfortunately the film failed at the box-office and ended Mr. Hunter's big screen career although he continued working with a number of television films and mini-series. However his dream of working with Doris again came to naught. He did accompany her soon after this picture was taken to the opening of "I Do I Do" co-starring Rock and Carol Burnett. The original Broadway production of that musical co-starred Mary Martin and Robert Preston with Gordon MacRae and Carol Lawrence taking over AND discussions in late 1968 and early 1969 about doing it as a film with Miss Day in the lead. Like several other projects discussed around that time including a musical version of "The African Queen" with Lee Marvin, nothing came of it.
Top

Great picture Ania- and thanks for more gems Paul.
Top

Thank you Ania and Paul!
Like Irene Dunne done.
Top

Love all these wonderful pictures everyone is posting. I came across this scene, and I cringe every time I watch it. I know Cagney was going for the dramatic shock look on Doris face with the slap, but I think she could have given the same affect he wanted without the real slap to her face. This is what Cagney had to say about it.

""In one of the key scenes in Love Me or Leave Me, we have a slam-bang argument that culminates with me slapping Doris. We rehearsed the scene a couple of times for the camera, but each time I only feigned slapping her, stopping my hand just short of her face. That’s a common movie technique, with the sound of the slap dubbed in later. But when we were playing the scene, and I felt it was going just right, I didn’t pull my slap but I really whacked Doris across the cheek. I didn’t want to fake anything about that scene. She was stunned, more surprised than hurt, although the slap was sharp enough to give her face a sting- she looked at me with a stricken look on her face and tears welled in her eyes and that surprise was 100 percent genuine. And so is Doris" - James Cagney "A musical version of "The African Queen" with Lee Marvin"

That was a close shave, Paul!

Bryan - I think after they heard Lee sing in "Paint Your Wagon" they decided once was indeed enough!!

Yes, Paul - I heard on TV that "Paint Your Wagon" was a flop because it came out around the time audiences were looking for more realism and the new directors - Martin Scorsese & Co -were taking the stage, or screen in this case.

Like Grace Kelly not being able to do 'Marnie'.

That wouldn't have gone down well for a Princess, or with her 'subjects' - although Prince Rainier wouldn't allow any of her films to be shown in Monaco!
Follow Remembering Doris Day: https://twitter.com/DayRemembering
Top

Love the photos also in 1973 of Doris as a co-host for Jackie Susann at the Beverly Hills hotel. Doris with a floppy hat and hair long and flowing. She looked chic and up to date as she always has. She seemed content with the TV series behind her and was enjoying the moment.
Top

I'm looking for some help. Can you all suggest some leads as to where I can find DD photos to collect and pointers such as what's a reasonable price, etc. I've been checking EBAY but they seem to be very pricey plus it bothers me that they label a number of their photos wrong--wrong people, wrong movie, etc. Thanks. 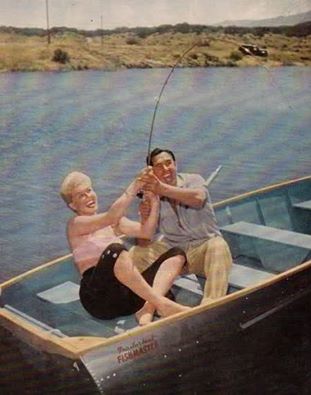 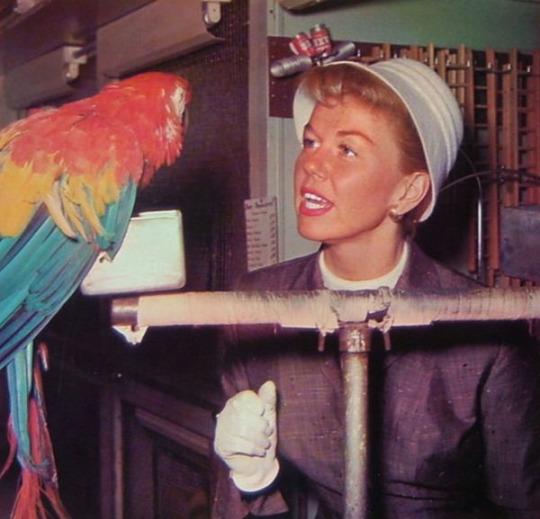 Doris in her backyard. 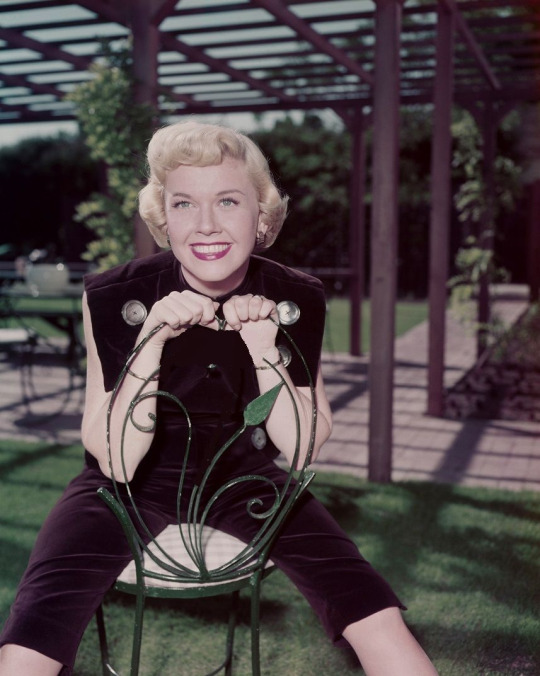 Great photos Ania - going to use one of the pics you posted for the next banner.

Thank you, Brian. Banner will be wonderful

Ania, your gift for finding rare and striking photos of Doris amazes me. I hope you realize how much we appreciate your unique contributions to this forum.

I'd ask Doris but she seems s bit preoccupied at the moment:

And I thought I'd make an avatar of it for you - but now I can't see it anywhere!

But I hope you like it, if not you can upload one yourself. Maximum size, 150px wide x 200px high.

Thanks for that avatarpic... I Always loved it a lot, but I wasn't the one who uploaded it...

jmichael wrote:Ania, your gift for finding rare and striking photos of Doris amazes me. I hope you realize how much we appreciate your unique contributions to this forum.

. Sometimes I manage to find something on the net. 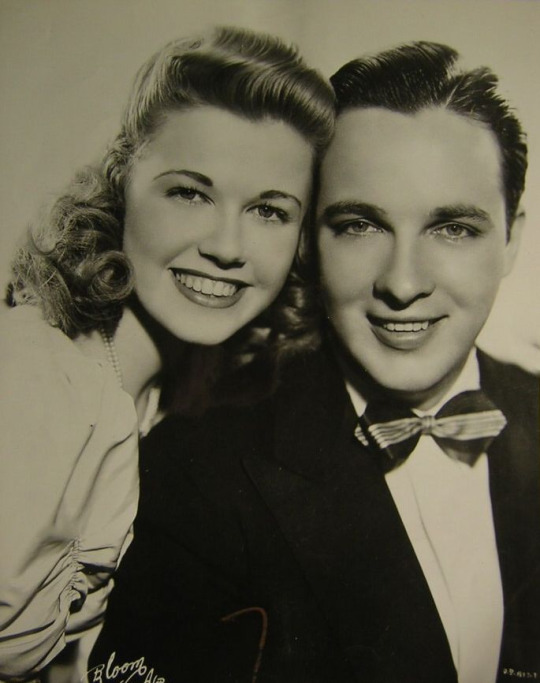 Early photo of Doris on the radio in Cincinnati. 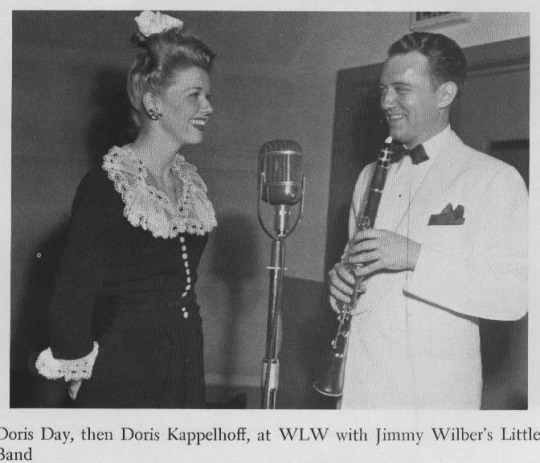