In the 1949 My Dream Is Yours, Doris radiates the joy of youth. It is photo full of grace. Thank you.
Johnny
Top

Thanks for your nice reply's again. I love that My Dream Is Yours photo too... And no TCM is not longer broadcasting here in The Netherlands. It did years back, but the European broadcast was different than the American broadcast, so we never had the same films. The Doris Day films on TCM were: Love Me Or Leave Me, Julie, The Tunnel Of Love, Please Don't Eat The Daisies, Billy Roses Jumbo, Where Were You When The Lights Went Out?... And once a birthday tribute: Romance On The High Seas, My Dream Is Yours. Never have seen a documentary about Doris on TCM. But I miss the classic films on there, they are hardly on television here. Sometimes on the BBC or on Belgium television, but Dutch television only shows rubbish or 700x times the same films (Home Alone...) 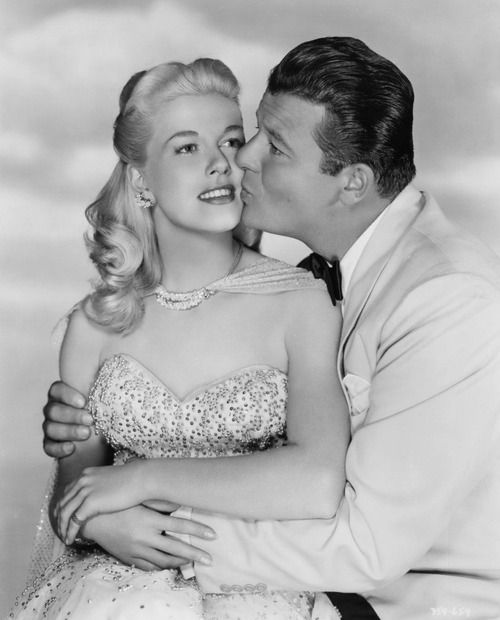 That portrait from My Dream Is Yours is spectacular.

And I love the on set photos from TMWKTM especially the one with the horse. Don’t you know that she made friends with every animal she could on that shoot? Love her for that.

Also fascinating to see the number of print ads she did over the years. I tend to forget that.

Thank you too for responding. Great to hear you all!!
Came across this photo. The photo is from 1950's, the inscriptions is from a much later date, this is the handwriting Doris still uses.