The on-set photos of Doris are fantastic and new to me. What a joy!

The photo of Doris and Martha Hyer is also new to me. It is so interesting to see the other celebrities she is talking with.

I love the 1964 photo of Doris in the pink coat. She looks radiant.

You made my day. Thank you Peter.

Have a great weekend.
Johnny
Top

Love the Julie pix - thanks for posting!
Like Irene Dunne done.
Top

As always, you put in the wonderful pictures of Doris♥ 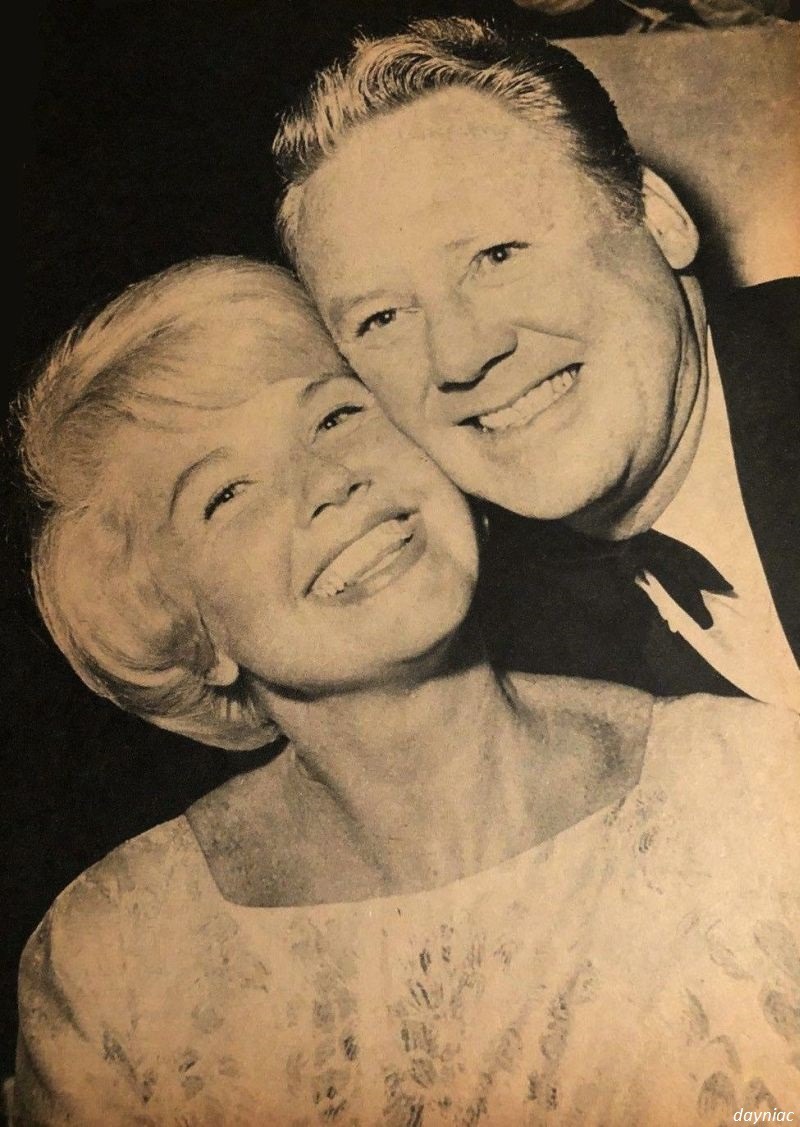 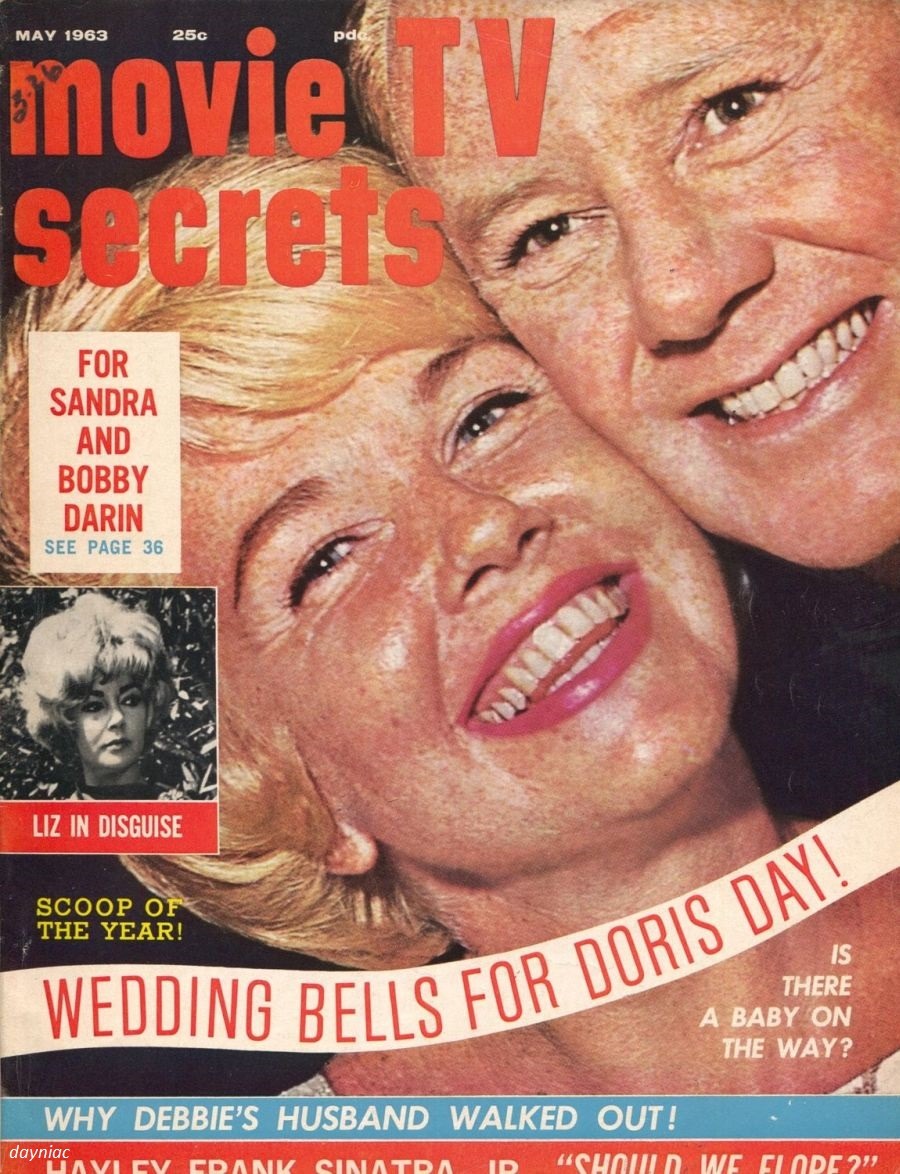 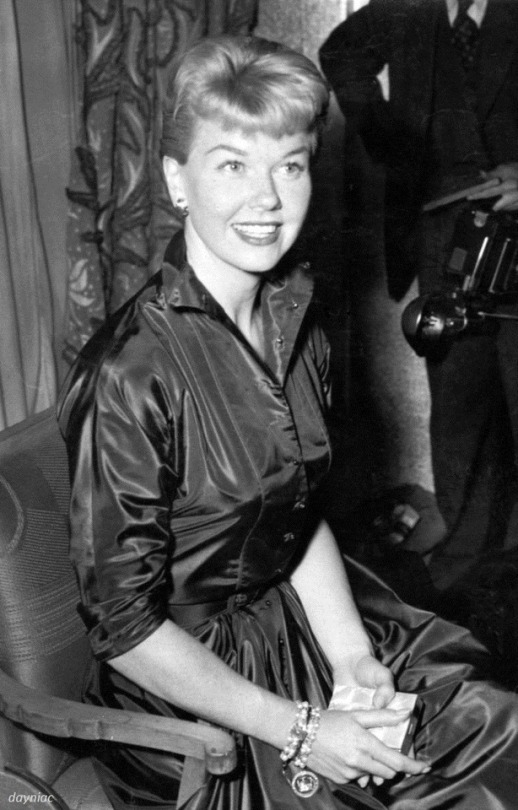 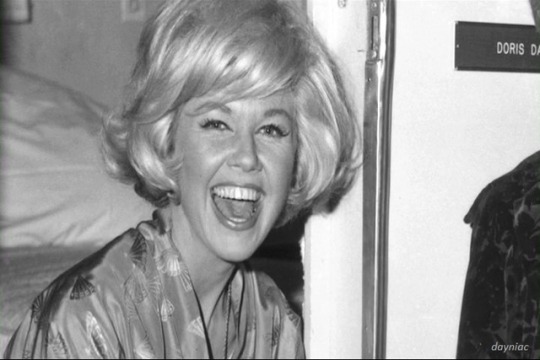 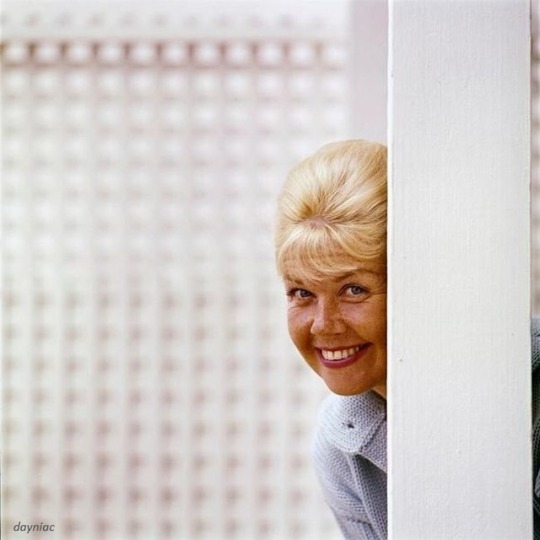 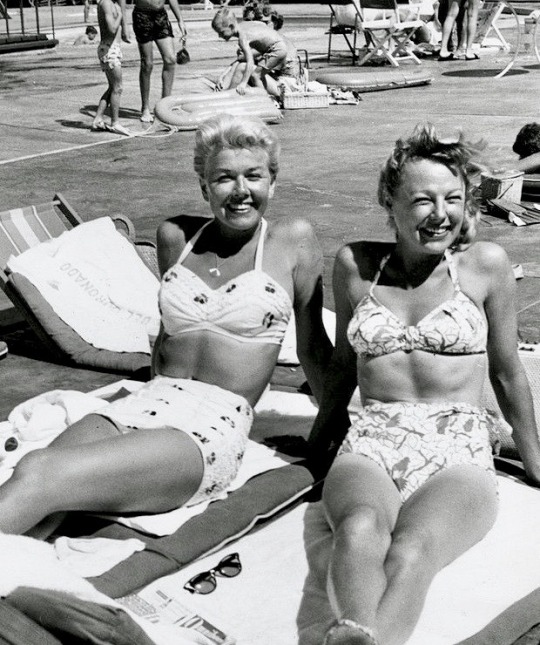 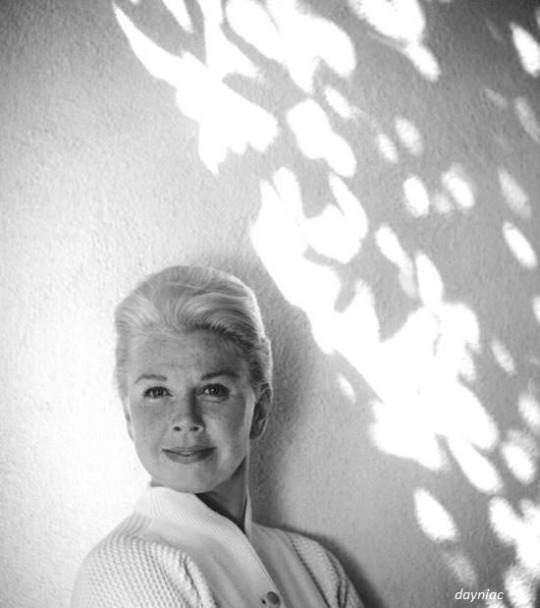 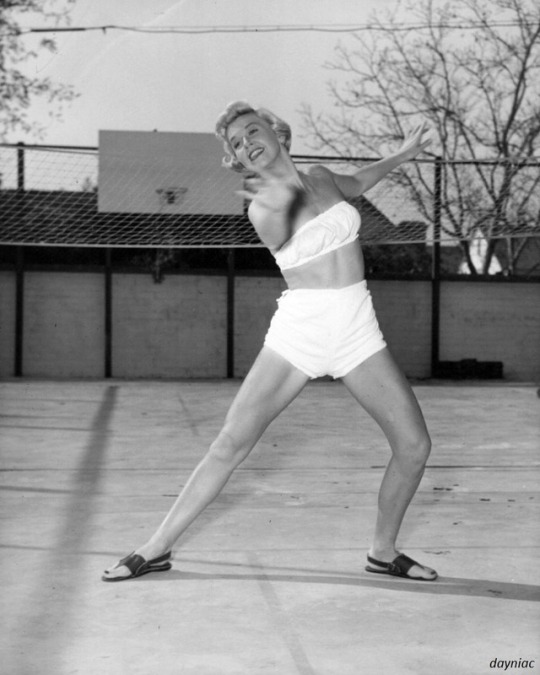 So nice of you all to reply! Great to hear that you all enjoy these photo's of Doris!
Ania thanks for your pictures, great that you share them too!

Thank you Ania for all the great Doris photos.

I have not seen the Doris with Van Johnson photos before. I rarely see Doris in a magazine cover with another celebrity. Really interesting.
Johnny
Top

Wonderful photos, Peter and Ania. I especially like the black & white one immediately above the one from the early '50s taken on her patio. Believe that was from a magazine photo shoot to promote "Midnight Lace."
Top

What's the story about wedding bells for Doris Day and is there a baby on the way? (1963)
Follow Remembering Doris Day: https://twitter.com/DayRemembering
Top More great photos Peter. I haven't seen the one from 1950 in the recording studio. Great shot.
Also I think the woman in the photo with Doris, Bob, and the pilot is Irene Ryan - she traveled with them and the profile looks like her.
Thanks,
Jill
"Someone drops a sigh and down you tumble"
Top

Love that tennis court photo Ania - I think she was rehearsing for Lullaby. There are a few others in that series, I'll see if I can find them.

Bryan - Wedding Bells and a baby! That would have been a shock. LOL

Jill
"Someone drops a sigh and down you tumble"
Top

The 1950 photo of Doris in the recording studio is beautiful in its' simplicity. It is new to me.

Looking at Doris in the black and white photo in Do Not Disturb, it is the radiance on Doris' face that gives the photo life.

As always, thanks so much Peter.
Johnny
Top

Thanks for replying, Jill thanks for adding the information... I was in a hurry and forgot to mention Irene Ryan. Didn't found out the name of the pilot jet.

The 1949 photo of the Roswell welcome for Bob Hope is terrific.

Seeing Bob, Doris and Irene perched on the back of that amazing convertible is wonderful. What a simple it was. Can you imagine a scene like that today?

This photo is new to me.

Thanks for your reply's. (Howard have to find that photo when I'm at home)

Enjoy your weekend all,

Fabulous GBB and Julie pics- DD and that lollipop - really made me laugh.

Oh and Peter- I too love your avatar pic.

What a wonderful photo. Thanks, Peter.
Like Irene Dunne done.
Top

It's a pleasure to share the picture with you all! These are WOW vintage photos of Doris. I love everyone of them, especially the on-set behind the scenes photos and the My Dream Is Yours promotion. The 1963 recoding photo of Doris is really charming. Many of the photos are new to me.
Thank you so much Peter.

Hi Johnny and all,

Thanks for looking, replying (always)!!!

Thanks for those great photos, Peter. Love the one in the recording studio, and the one in the car promoting "My Dream Is Yours." It's one for the books!

And speaking of books, I have a coffee table book of Leo Fuchs photos, and he writes of the time he photographed Doris in those wild hats:

"By then Doris was viewed by the public as a beacon of fashion.With that in mind she and I headed to a Beverly Hills hat maker to do a series of shots trying on hats. Doris was sitting and making funny faces to go with each of the eccentric bonnets she was trying on and I was photographing. We didn't realize the mirror Doris was using was just behind the immense store window of the boutique, and before we knew it a rather large and amused crowd had gathered at the window to enjoy the free spectacle. Usually Beverly Hills crowds are a blase bunch, but this crowd kept on growing and just wouldn't go away. When we became aware of what was going on outside she simply smiled, and, going along with the gag, accentuated her grimaces to the enjoyment of the ever growing group of onlookers outside."

By the way, according to Fuchs, that picture (above) of Doris relaxing during a recording session, was captioned in the book by Fuchs as a photo taken on a movie set. Looks to me, judging by her hair style, like it was probably on the "Lover Come Back" set.
Like Irene Dunne done.
Top
Locked
670 posts