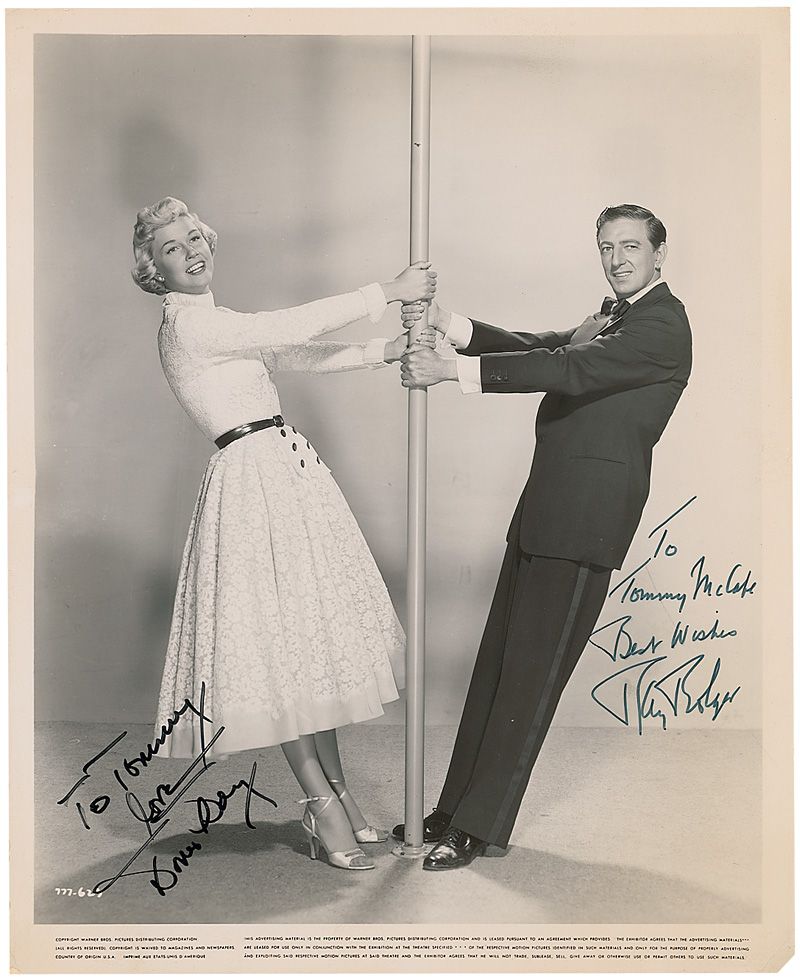 I really like the Belgian Please Don't Eat The Daisies poster. It is new to me.

The second and third joyful Daises photos capture the bright spirit of the film which is one of my favourite Doris films.

I love the rare and wonderful photos that Peter, Ania, Howard and others share on here.

Thank you one and all.
Michael
Michael H

Thank you too for sharing your great photo's. Love to see photo's from you!!!

Thanks so much Howard and Peter for these beautiful Doris photos.

I really love the Midnight Lace and the Actors and Others pictures that are new to me.
Johnny
Top

Cut that out, Howard.

You're raising my blood pressure with those drop dead gorgeous photos.

The shot of her on the sofa from Midnight Lace is simply breathtaking.

LOVE the candid from the animal fundraiser auction. That is a great shot.

Michael, I completely agree with your observation. The originality and beauty of the Midnight Lace photo stays with me. I think it would make a beautiful banner.
Johnny
Top

More fabulous photos, thanks. In particular I love the Midnight Lace one.
Top 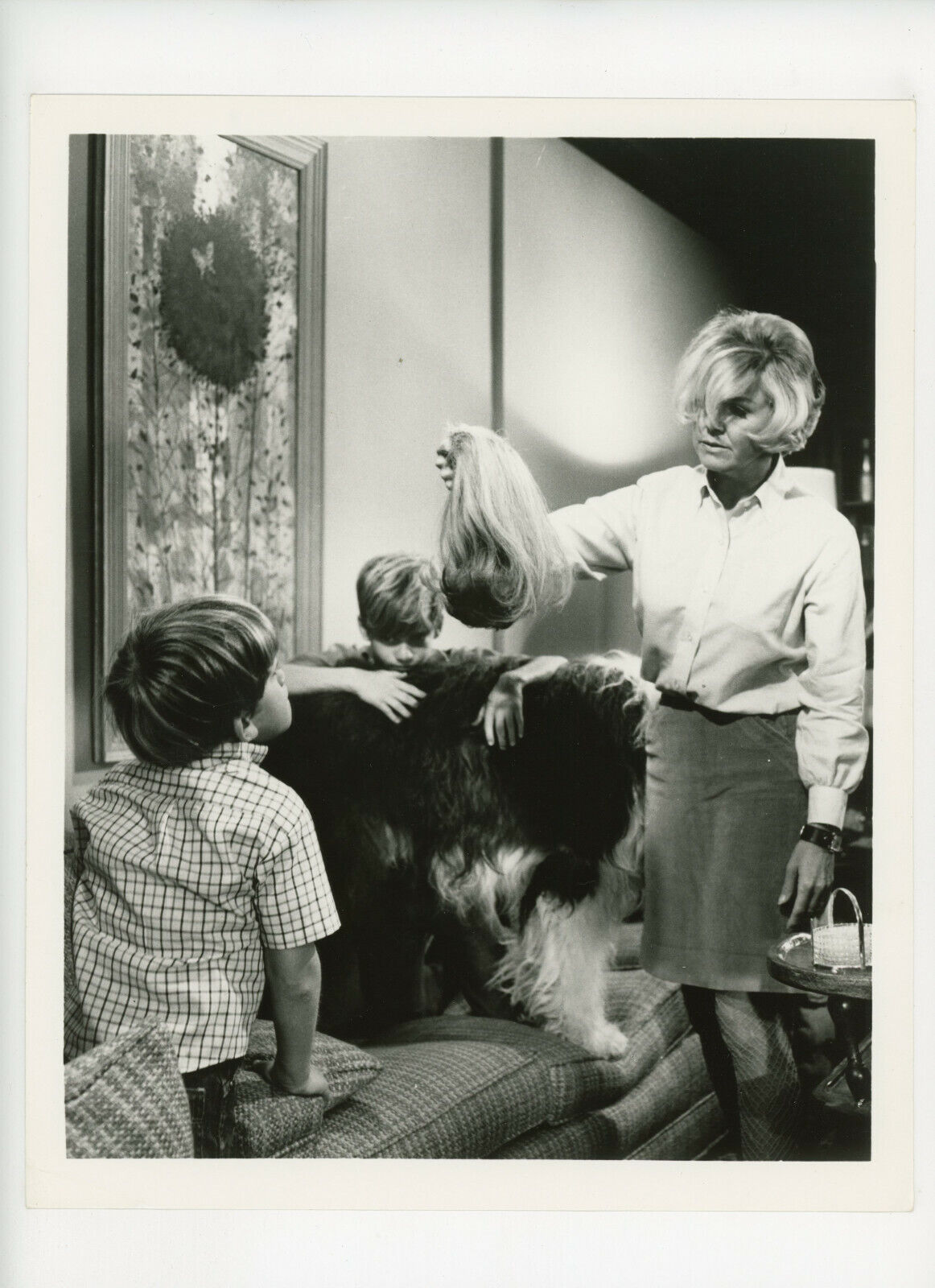 You are right Michael, that candid from the fund raiser is great - have never seen it before.
Thanks Peter for posting!
Jill
"Someone drops a sigh and down you tumble"
Top

Thanks Peter for the great With Six You Get Eggroll photo with the boys and the dog..it is joyous.

Doris always had an authentic relationship in her role as a mother with the kids in her films. Thinking about her films, Doris played a mother to twelve boys in seven films and mother to five girls in four films. I did not include films where the kids did not have a speaking role.

From Freddie in My Dream Is Yours, to Hank in The Man Who Knew Too Much, to Teddy and Betty in It Happened To Jane, to the four boys David, Gabriel, George and Adam in Please Don't Eat The Daises , to Andy and Maggie in The Thrill of It All, Jenny and Didi in Move Over Darling, Luther in The Ballad of Josie, and in With Six You Get Eggroll, Flip Jason , Mitch and Stacey; Doris demonstrated a realistic, respectful loving mother-child relationship with the children. Doris' emotional intelligence as an actress gave more depth to her role as a mother who always appeared to connect emotionally with the children.

This same intelligence was true in her work with the actors who player her sons Billy and Toby in The Doris Day Show.
Johnny
Top

Thank you for your observations about Doris and her movie/tv children. I think you are right, she is a natural and could be the kids mother. Did you ever compare the kidnap scene with Hank from The Man Who Knew Too Much with the The Doris Day Show episode where Toby is lost: "Doris Leaves Today's World part 2? In both scenes you'll see a real mother in the stress, I think. And that's only possible if you are a good actor and a warm human who can feel emotions for another. I think on both occasions a job well done by Doris. 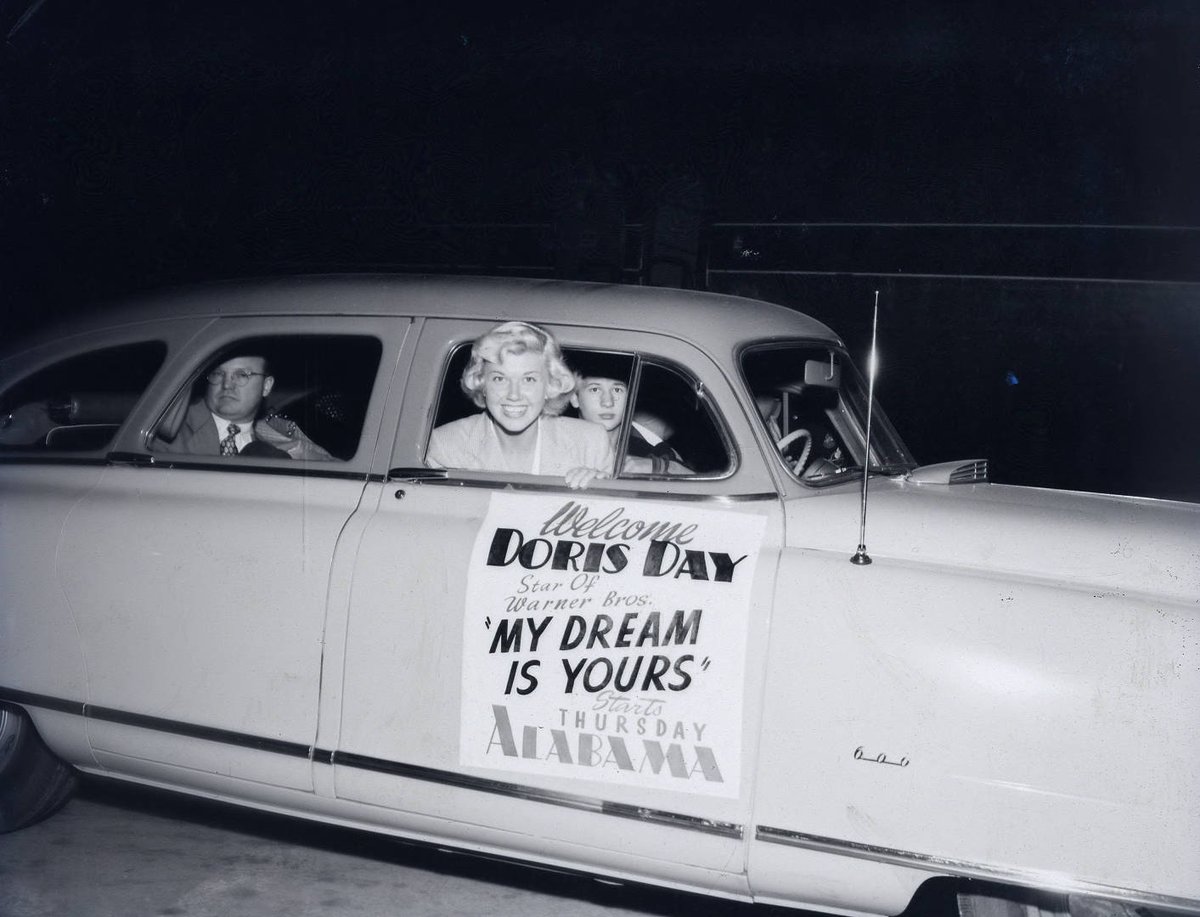 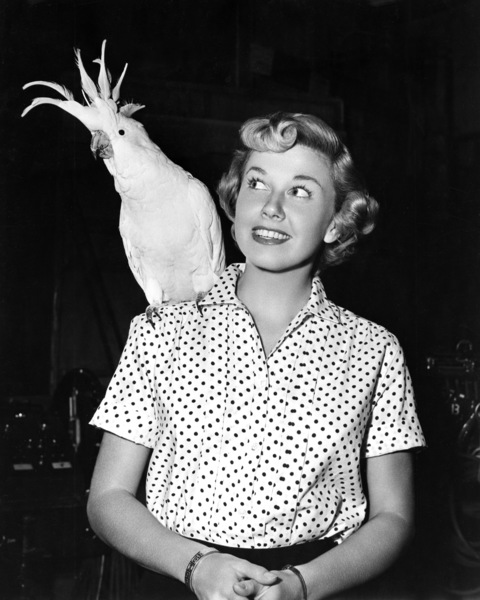 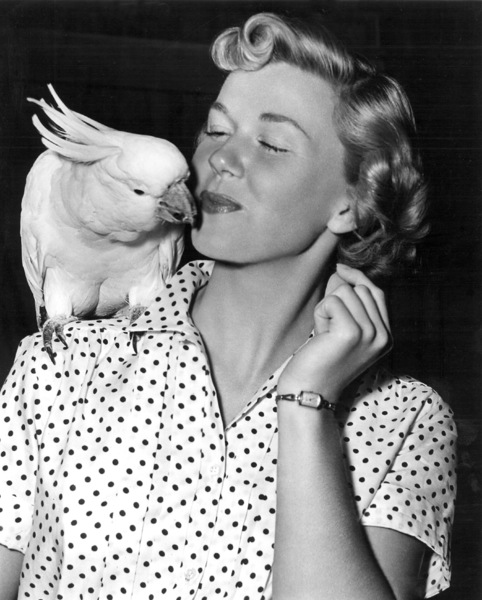 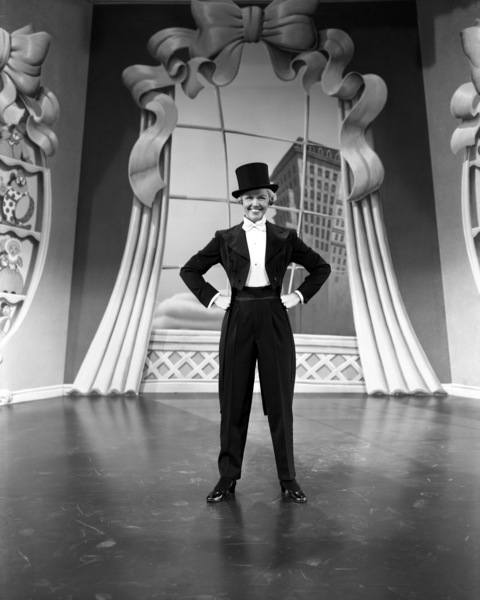 I really love the photo of Doris leaning out of the car window while promoting My Dream Is Yours. She shines.

When I see Doris in the top hat and tails photo, it looks like Fred Astaire will appear at any time. I would have loved to see Doris and Fred dance together. I wonder if Doris and Fred ever met. I also wonder if Ginger Rogers shared any stories with Doris on the Storm Warning set about dancing with Fred.

Peter, I will check out the Doris Day episode where Toby gets lost. It is time again to start looking at The Doris Day Show episodes. I love spending Sundays watching Doris Day films and now is the time to refresh my memory about Doris' television show. 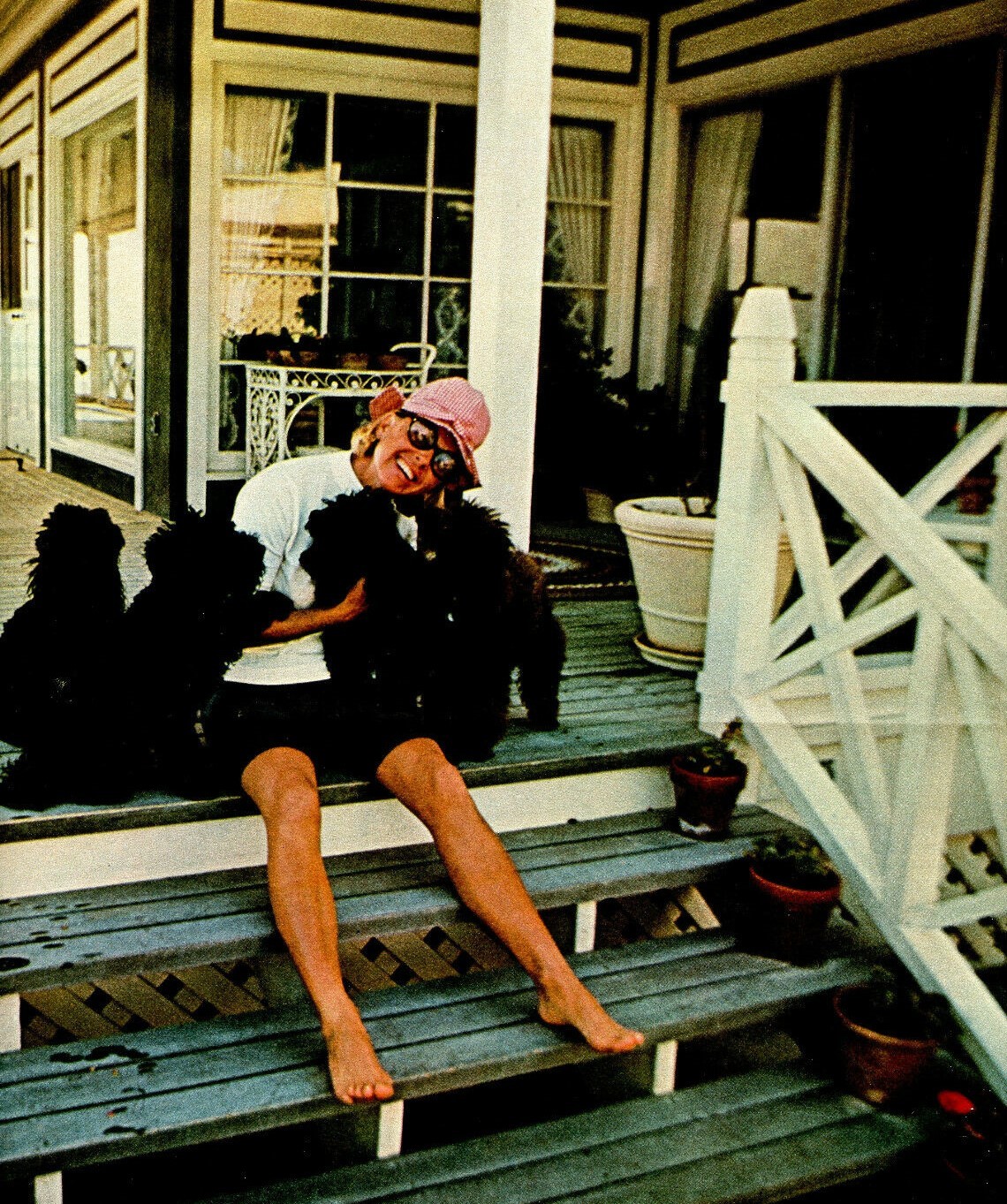 Thanks Ania for this fantastic photo of Doris and her dogs. It is new to me.

Do you know if this photo is from her TV show or a personal photo?

Personal. It was taken at her Malibu home.
Like Irene Dunne done.
Top

Back with some photo's from the 1949 Birmingham tour from The Bob Hope show and "My Dream Is Yours" promo. From the website: https://expo.al.com/life-and-culture/g6 ... built.html 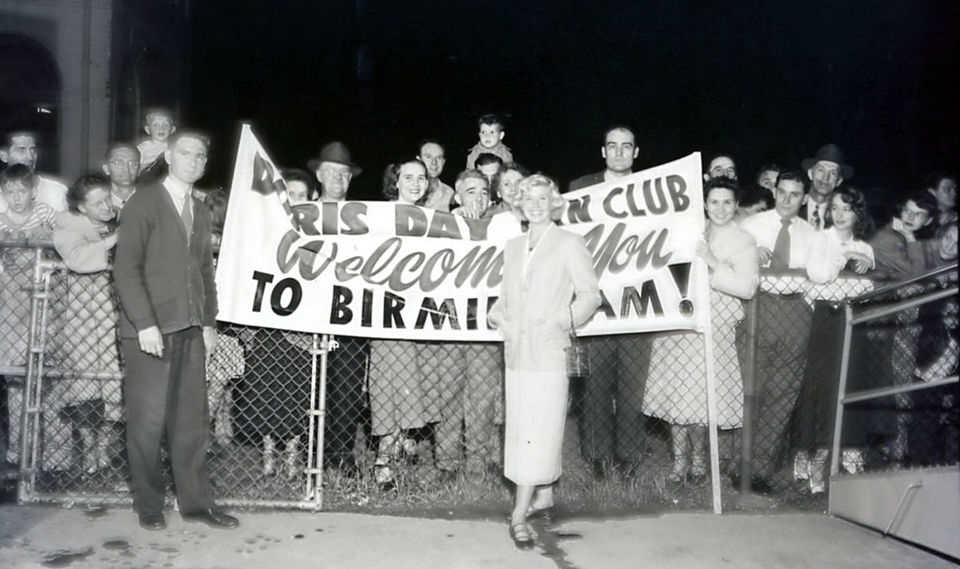 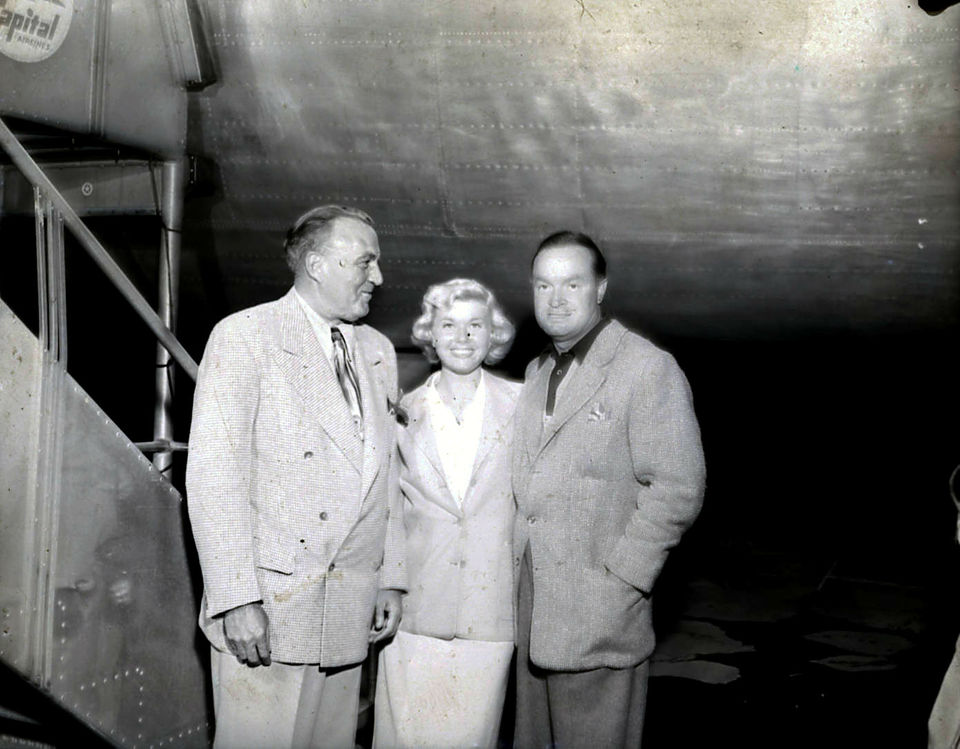 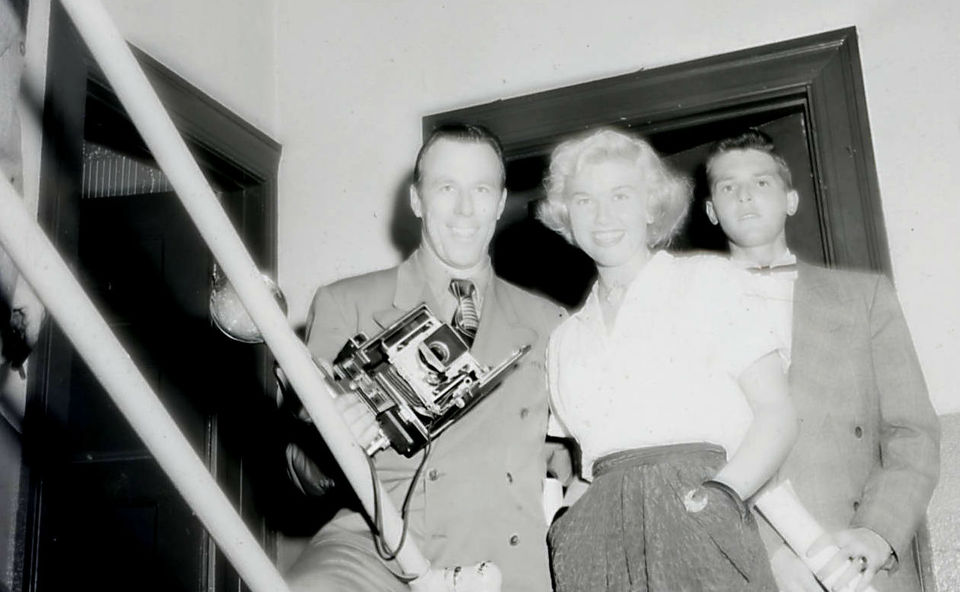 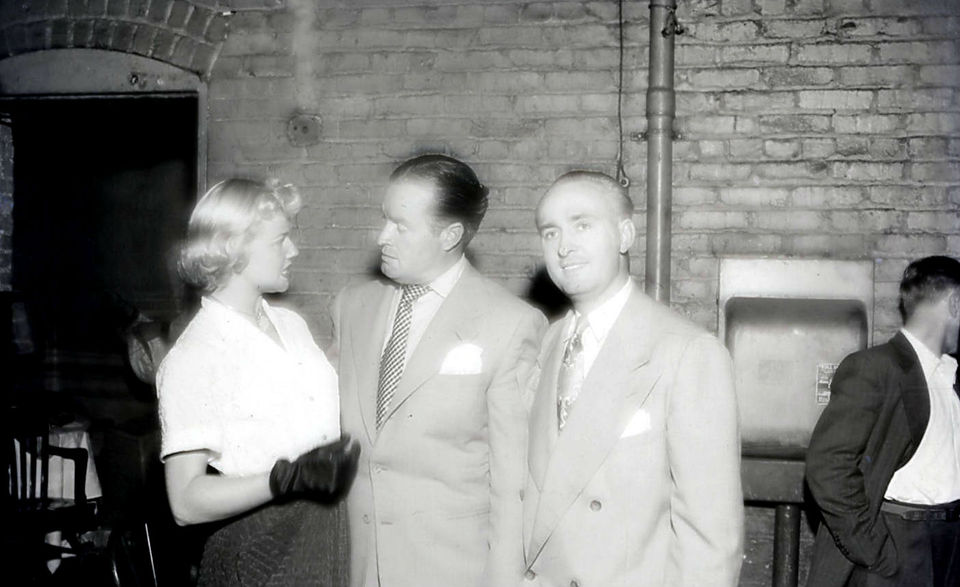 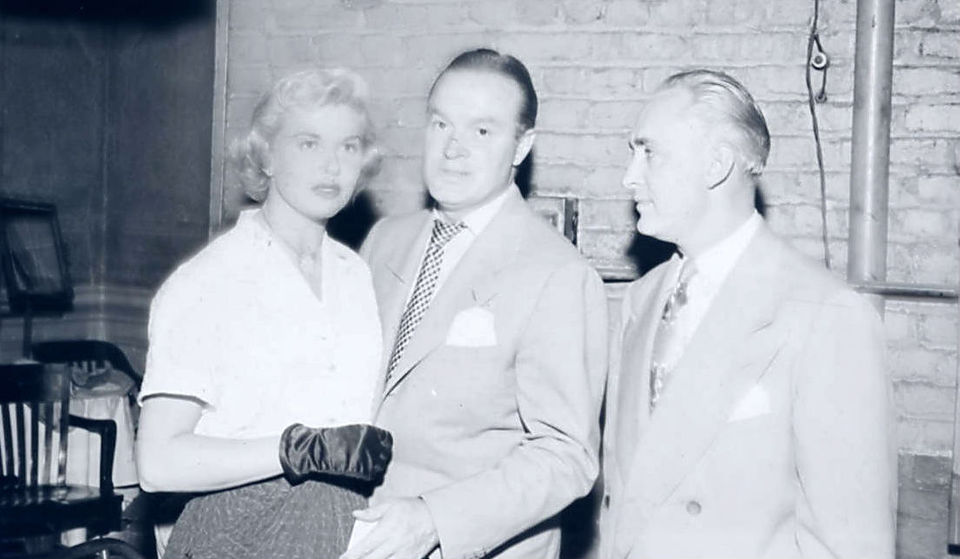 Fabulous pics all thanks for posting - really love the Best Friends ones.

Notice in the Cary Grant pics- DD wearing her wardrobe from Lover come back [she got to keep the clothes- what a clause to have in your contract] .

Of particular interest, in one pic she is wearing the fab checked dress and overcoat- but minus the white fur collar trim.
Top

I’m still so sad. I’m sure you all are too. I’m still in shock as well! It’s incredible that she is no longer with us!