Check this short clip out:

I love "Boat". One of my favorite comedies. Thanks for the vid. Love it!

I love The Glass Bottom Boat! This DD film is funny and has great music. I rated this movie excellent.

I agree re- GBB and DD never looked better [in my opinion]- in this film she looks like a [young] early 40s stylish/hip 1960s woman with an amazing figure!

Some critics said DD was at last acting her age on screen in this film- after acting the innocent in films like Touch of Mink.

Remember too, this is how Doris would / could have looked at Mrs Robinson in the Graduate - what a thought!
Top

Bryan, I love this clip from Glass Bottom Boat. That is one of the funniest scenes in the film. Love Paul Lynde.

Director Frank Tashlin was a master at staging elaborate set pieces with lots of physical comedy. He must have enjoyed working with a pro like Doris who never met a prop or a piece of slapstick that she couldn't handle. If you recall, Lucille Ball complimented Doris on how good she was working with props when she interviewed Doris on the DND set. Tashlin, by the way, started out working in cartoons and his visual style in live actions films often reflected his background as an innovative animator.

GBB is, at heart, a clever throwback to the terrific screwball comedies of the 1930's with the likes of Katharine Hepburn, Cary Grant, Myrna Loy, William Powell and Carole Lombard.

I love this movie.

This unusual one was new to me.
Follow Remembering Doris Day: https://twitter.com/DayRemembering
Top

I agree with JMichael - I just love the GBB!!!

What a fabulous pic above of Doris with Edward Andrews, have never seen that before, thanks for sharing.
Top

Pleasure! I wondered if it was a double at one stage but I think it is DD - she just looks a bit different in that high-contrast lighting.
Follow Remembering Doris Day: https://twitter.com/DayRemembering
Top

I was looking at this film on the weekend and took notice of the jacket cover on the dvd. It was Doris Day dressed in a bikini -top and a sarong. She looked terrific.

It says on the cover, "She the drip-dry spy licenced for laughs with the craziest cast in the funniest undercover plot of the year. Is this the girl next door?

it is a film loaded with fun and is timeless. It is well worth watching again and again.
Johnny
Top

I love this film and while it is very much of it's time- it is among the top of the [later] films Doris starred in.
Top

Alice Pierce was a hoot as Doris's nosey neighbor. She also played the same type lady on the popular Bewitched TV series. She died in march 1966 and never told anyone she had cancer. Doris was lovely and natural looking in this fun flick, more so than in Caprice. Alice Pierce had a bit part in The Thrill Of It All I believe. In the freeway car back up. Paul Lynde also on Bewitched but was hysterical in this as the undercover agent in drag. Paul stole the show In Send Me No Flowers as the grave site salesman. Doris did work with the cream of the crop in the comedy department along with her leading men,
Top

Love the scene when Doris ties Paul Lyndes dress to the lamp in the ladies room. When Paul got up the lamp fell, lights went out and ladies were screaming seeing Paul then in half drag!!LOL Paul was not a pretty woman!

Alice almost got a bust in the mouth when Doris climbed out from under her bed!!

A funny odd scene. They must have laughed their heads off filming it.

Is This The Girl Next Door?

(Referring to image of Doris dressed as Mata Hari)

Doris entered her eight consecutive year as a Top- 10 Box Office Star when she boarded The Glass Bottom Boat, a hilarious blending of romantic comedy and the era's burgeoning spy-movie genre.

Day plays a Girl Friday at a hush-hush aeronautics think tank. When colleagues suspect she's the espionage agent, Jennifer chaotically sets out to clear her name, Looney Tunes alumnus Frank Tashlin directs with a cartoonist sensibility --or zany insensibility --embracing everything from spy guises to push-buton chaos in a futuristic kitchen.

.Oscar Winning cartoon -The Dot and The Line
. Theatrical Trailer

This film is truly a good time at the movies. Doris Day is at her fearless best with slap-stick comedy. The scene with Dom De Luise is priceless. Arthur Godfrey is perfectly cast as Doris' father. Rod Taylor does a good job as the male lead. It would have been interesting to see Cary Grant or Tony Cutis in this role. They have a light comedy touch.
Johnny
Top

Thanks Johnny! Great that you are updating these films.

After watching GBB on television yesterday, I began wondering about the actual history of the house where Rod Taylor's character lived. Since its location and modern look has always intrigued me, I did a bit of investigating. The 5500-square-foot house was apparently built in 1963, and so it was fairly new when GBB was filmed. It was in Beverly Hills, a quick drive from Doris's own home, and had a 180-degree view from its hilltop location. The house had fallen into disrepair, but was bought in 2000 (one report said for $9.5 million, another for $22 million). It was totally demolished about 9 years ago by its new owner, Anthony Pritzker, an heir to the Hyatt Hotel chain. He leveled the land and adjacent property and then built a 49,000 square foot house, reportedly one of the 5 largest homes in Beverly Hills.
Top

The music score in The Glass Bottom Boat was composed by Frank De Vol and includes selections from Beethoven's Symphony No. 5 in C minor, Mendelssohn's Wedding March in C major, Aloha Oe and Goldsmith Theme From The Man From Uncle.

Doris sings a shortened version of Soft As Starlight written by Joe Lubin and Jerome Howard. Doris also sings a single verse from Whatever Will Be, Will Be (Que Sera, Sera).

Correction below along with the definition of Theatrical Rentals:

GBB grossed a total of $9.2M according to Variety. The $4.3M figure that Johnny reported was the amount the studio collected from theatres. The remainder went to the theater exhibitors.

"Theatrical Rentals
When a movie is shown in theaters, the studio/distributor and the exhibitor (movie theater) will share revenue from ticket sales. The studio's share (usually around 50%) is called the "rental". This should not be confused with video rentals (e.g., through Blockbuster, RedBox etc.)."

Love this screwball slapstick driven comedy. It holds up well and what a stellar supporting cast of comics!

I love this movie, too. Funny situations, a stellar supporting cast, and great chemistry between DD and Rod Taylor. Dom DeLuise was quoted as saying, "My respect for Doris just went up and up and up every day," a nice compliment.
Top

After Do Not Disturb," Doris recouped her image a bit in her next film The Glass Bottom Boat writes Alan Gelb in his book, The Doris Day Scrapbook.

This was a film of notable weaknesses and strengths, including among the better the valuable talents of director Frank Tashlin. Tashlin, a cartoonist turned director was hailed by the French director Jean Luc Godard as being the vanguard of a genuinely modern comedy style in the cinema. Tashlin was noted for his wild satires: Will Success Spoil Rock Hunter?, The Girl Can't Help It, and Bachelor Flat.
Tashlin employed a cast of magnificent comics: Paul Lynde Dom De Luise, Alice Pearce, John Mc Giver, Edward Andrews, and Dick Martin. With people like that in the cast, there were bound to be some good belly laughs.
Tashlin always depended on caricature, rather than the development of character, and The Glass Bottom Boat suffers from this. There is little warmth here, except for a couple of nice duets between Doris and Arthur Godfrey on the ukelele. Otherwise Doris is the butt of a lot of fairly rough physical comedy which she manages to handle pretty well.
For sheer comedy, there are some priceless moments in the film, but as a sustained and feeling piece of cinema, it doesn't quite work."
Frank Tashlin was the director of Doris' next film Caprice, a film Doris did not like.
Johnny
Top

A film for a feeling good moment. A lot to laugh and a some pretty scenes. I enjoy myself watching Doris in this film. Think the mermaid scene could have been longer and funnier, but I like the cake scene with Dom DeLuise, the bow from Paul Lynde, the scene with Alice Pearce at the end is very funny too… "Hi Mabel" hahaha. And I think Doris is looking casual and great through the film. I dig that Mata Hari costume... 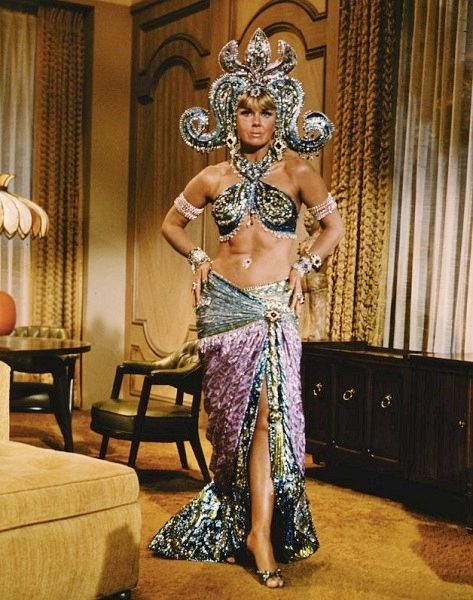 Johnny, which are Gelb's comments and which are yours? Lacking quote marks, am not sure.
Top
Post Reply
139 posts