Thanks all! New banner soon.

Love the caption above, Bryan, and I think this chase scene through the 2 houses is just perfectly choreographed slapstick that Doris executed flawlessly. Makes me laugh to think about it.

Johnny, glad you were able to get those DVDs.
Top

Thanks Bryan for this Doris GBB that brings back great funny memories. Paul Lynde steals every scene. I love the look on Robert Vaughn's face. I had forgotten that he was in the film.

Doris looks so smart in the nautical stripes.
Johnny
Top

Another great GBB banner- Robert Vaughan said DD was one of the sexiest women he ever met.
Top

Thanks, Johnny, I agree that Paul Lynde was a scene stealer - how could you not be dressed like that!

I was thinking as I was doing the banner that as Doris wasn't in the scene, did she come in that day to meet Robert Vaughan? But then I half-remembered another scene where I'm sure they were both in it? But they obviously met or he wouldn't have made that comment.
Follow Remembering Doris Day: https://twitter.com/DayRemembering
Top

RV was in the party scene - i am sure Doris was on the set - even if they did not have a scene together per se- though there is the 2nd take scene.

Thank you to Bryan and Puck for celebrating this month of January 2019 with everything Doris Day and The Glass Bottom Boat. Joy filled memories abound.
Johnny
Top

I always loved the work Puck did on her Mata Hari impersonation. The coloring is outstanding.

Thanks Bryan and Puck for this impressive GBB Doris banner

that showcases a very sexy and funny Doris.
It makes me wonder if Mike Nichols spoke with Doris about the acerbic dark humour in the Graduate's Mrs. Robinson. Did Marty veto the choice? Doris would have done a brilliant job. Candice Bergen who was dating Doris' son Terry was being considered for Mrs. Robinson's daughter Elaine. It would have been perfect casting.
Johnny
Top

Johnny, we will never know the full story behind the Graduate and Doris casting- my guess is that it frightened her to step outside the box - [as it did in 1955 to play Ruth Etting] but then, Marty persuaded her - I think Marty too was against or cautious of the Graduate role and by this time his mind was off the job- had he been the Marty of 1955- my guess is that he would have seen the potential of the change and would have persuaded Doris to do it- he is responsible for Love me or leave me and Man who knew too much - he doesn't get the credit sometimes that he is due.
Top

Thanks all on behalf of Puck. 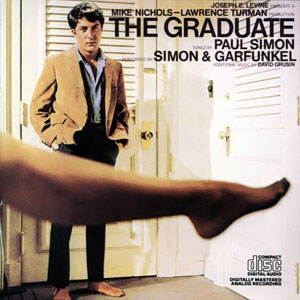 You are right Jas, we all never truly know the true story.

If Doris and Mike Nichols had spoken, Doris would have appreciated the dark humour in the role of Mrs. Robinson. She clearly understood the Ruth Etting character.
Johnny
Top

Again, I say some of the stories swirling around casting choices become urban myth after so many difference sources share their version of what really happened. At some point, you have to accept that everyone involved has their own perspective of what went down and their stories will never match.

A lot of food for thought there, Michael. 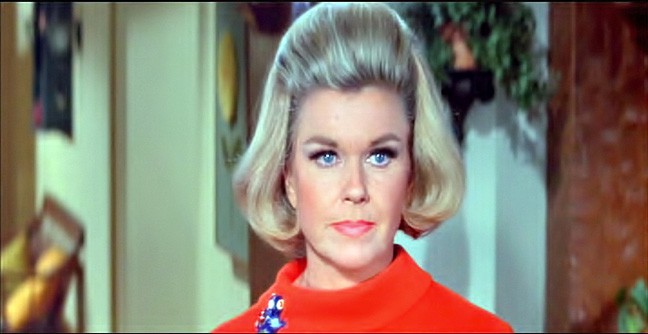 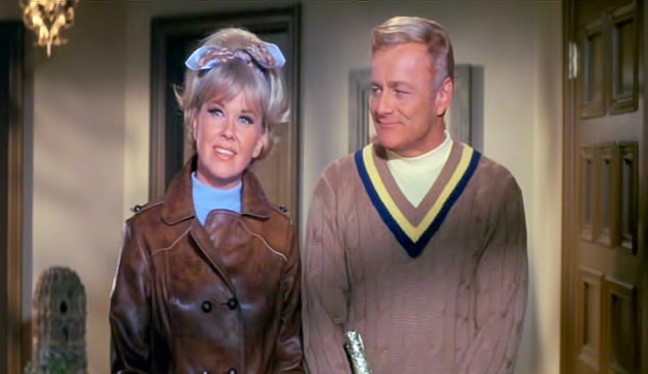 Mike Nicolls considered DD for The Graduate after seeing her in Glass Bottom Boat- that is how I imagine Mrs Robinson would have looked, played by DD.
Top

For the sake of accuracy, Doris Day saw Marlon Brando in "Last Tango In Paris" with Billy DeWolfe, and as reported both were very embarrassed. Happy Days, Texas Gonzalo
Top

I found it somewhat embarrassing myself as I went along with some Christian friends and none of us knew what it was about - until it was too late!

The one that got away - maybe next time, we haven't really focused on The Day-Garner film partnership, have we?
Follow Remembering Doris Day: https://twitter.com/DayRemembering
Top

The Day / Garner duo was the most sexually charged onscreen pairing in Doris' film career. (Runner-up status goes to Brian Keith, IMO). They not only held a mutual respect for each other's talent, but they also shared a romantic chemistry that radiated from the screen. Garner admitted in print that he had a crush on her and had they both not been married at the time, he would have been tempted to continue their love scenes after the director yelled "cut." I think you sense their attraction for each other throughout both films.

Another good assessment from Michael. I, too, think that Garner and Brian Keith were Doris's top 2 leading men as far as their onscreen romantic chemistry with her. In one comment she made about Garner, she said that they "just clicked from the minute we met," which was really obvious. Something else about Doris that translated to the screen was how comfortably she worked with children. If there had been 2 or 3 more scenes with her "daughters" in this picture, that would have been even more apparent.
Top

Thanks Bryan and Puck for the Doris and James Garner banner.

Move Over Darling holds a special place in my heart. I loved Doris' tender scenes with the children and the comic tension between her and the hilarious Polly Bergen. From the moment in the opening of the film with Edgar Buchanan as the confused judge, there was a sense that it was going to be a fun ride.
Johnny
Top
Post Reply
671 posts

Users browsing this forum: No registered users and 17 guests