Yes, it looks closest to Plum from what I can tell.

DD also wore a "periwinkle" dress in Lover Come Back [under the white coat] trying to nail Jerry Webster at the ethics council. She wore a lovely purple scarf - singing "Black hills of Dacota".
Top

Is anyone from the forum going to the 97th Birthday celebration in Carmel? Unfortunately, we cannot make the trip this year and will have to rely on updates from other fans who are attending. I hope Michael Feinstein digs deep into her recording catalog and includes a few of her lesser known gems in his tribute concert.

(it might be an idea to make a separate post about this if you don't get a reply.)

Great banner, wonder why that bath scene was cut?
Top

I've often wondered the same think, James, why did they cut this scene? I have also wondered if it was intended to replace the nude swimming scene that Marilyn filmed for SGTG. We'll probably never know.

Bryan, I will start a new topic to capture comments about her upcoming birthday celebration. We may not have anyone from the forum attending, but there will be reports in the media and comments from friends who are there that we want to post.

Great photo, love to see this part, a few years back I've uploaded a lot of photo's from this bath scene, I will look for them to get an impression of it.

Great photos, Peter, thanks for the link.

Yes, Jas also mentioned that the bath scene hadn't appeared in the film, which I hadn't realised. Perhaps it was just for publicity purposes to promote the film? I can't see where it would have fitted into the film - unless it was to show her using home comforts after being stuck on that island for a long time?
Follow Remembering Doris Day: https://twitter.com/DayRemembering
Top

When Grace is over the shock of Ellen's return to the house, she suggests Ellen takes a bath. So I think it would belong there.

Love the new banner showing the playful side of our girl!
Like Irene Dunne done.
Top

Thank you Bryan for this beautiful Move Over Darling banner. The expression on Doris' face is really interesting and thoughtful. She seems lost in your bought. Perhaps she was looking at the director and having second thoughts about the scene.Maybe she was thinking, is this really necessary?

Thanks, guys! The more you all say, the more I feel bonded with you!

Love the crisp blue and greens of the swimming pool. Nicely done, webmaster.

This photo makes me think of the endings to her romantic comedies: the clever twist in Pillow Talk when the nurse and doctor frantically strong-arm Rock into their office, thinking he is pregnant; the wisecrack by the intern as Doris goes into the operating room to give birth in LCB; the walk in the park with Cary Grant, Gig Young and the baby carriage in TTOM when Gig Young's therapist spots him with the baby. All of these played to the times when sexual innuendo and gay subtext were in vogue. Nothing was spelled out or acknowledged. The humor did not push the envelope. It was little more than a nudge or a wink because the studios did not want to risk controversy or offend conservative tastes.

I wonder if there is enough interest to create a Best Ending poll. Thoughts?

I love this sparkling Move Over Darling Doris banner. What more perfect ending could there be than a reunited family sharing happiness?

There is a communal feeling as people leave a theatre after seeing a film. Sometimes people are talking excitedly sharing funny-bone moments and at other times there is stunned silence after seeing a drama. The conclusion of a story often stays with an audience while scenes or moments from the entire film resonate.
Johnny
Top 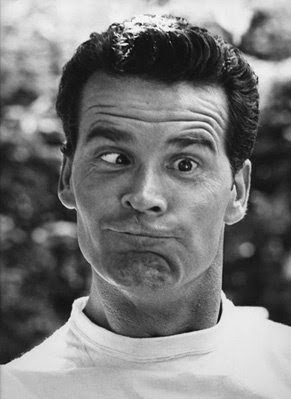 Johnny wrote: ↑
23 Feb 2019, 11:21
I love this sparkling Move Over Darling Doris banner. What more perfect ending could there be than a reunited family sharing happiness?

There is a communal feeling as people leave a theatre after seeing a film. Sometimes people are talking excitedly sharing funny-bone moments and at other times there is stunned silence after seeing a drama. The conclusion of a story often stays with an audience while scenes or moments from the entire film resonate.

I was thinking of starting with her romantic comedies. It seems better to have separate polls based on the type of film: rom-coms, thrillers, dramas, musicals, etc. because you can't really compare the ending to Jumbo! with the ending to Midnight Lace, for example.

I'll create a new poll in this section to rate the endings of her romantic comedies to see how it goes.

LOVE this MOD banner- wish Doris had used this look in the film - her natural hair as opposed to the wigs.
Top

I just created a new Poll in this section to select which one of her romantic comedies had the best ending.

The banner is great!♥ In a word, a miracle!♥I like this movie very much!♥

Each time I see this Move Over Darling poster, it generates such good feelings.

Looking at this banner and seeing Doris Day, James Garner and Polly Bergen it made me wonder about today's romantic comedies and asking:

What screen trios are there today with the same dynamic talent that would match that of Doris, James and Polly?

What romantic comedies of today match Move Over Darling?

How do people think the monthly film (in banners) is going? I think it gives us a bit more time to focus on a particular film so I'm happy to continue with it, unless people disagree.

My choice for March is Send Me No Flowers. Time to re-appraise this film?
If anyone really wants to look at another film in depth, please say so and I'll put it on the list.
(April is reserved for April in Paris!)

A couple of previous Send Me No Flowers banners:

I consider Flowers a distant third to Pillow Talk and Lover Come Back, but it has many enjoyable qualities.

Doris' gift for physical comedy shines through when she wrestles with the dairy cartons on her front porch. That scene is a master class in timing, agility and concentration.

The natural rapport among the three principles is a huge plus. As Doris once said, "Rock, Tony and I were meant for each other onscreen." Among the three, I actually think Randall gave the best performance.

As always in a Doris Day film, the supporting cast was topnotch: Paul Lynde, Edward Andrews, Hal March and Clint Walker were great. Lynde had a field day as the smarmy cemetery plot salesman.

Hudson was miscast. Some think he and Randall should have switched roles, but I don't see Doris and Randall as a married couple either. Maybe someone like Jack Lemmon could have made George Kimble more believable. I don't think Rock knew how to play this neurotic character.

Jewison's direction was solid and he made the the most of Doris' comedic skills. I love her confrontation with Rock at the train station. Her reaction to his Delores Yellowstone confession was priceless.

The film betrayed its stage play origins. It felt a bit stage bound at times and I prefer Doris in an urban setting, although that didn't bother me one bit in The Thrill Of It All. Here, though, she was somewhat relegated to the sidelines in a sunny suburban housewife role.

Still, there are many worse ways to spend a chilly Sunday afternoon than watching this amusing film.

Bryan, I think your idea for a film of the month banner is just great.

As to this film, I agree with Michael on all points. The scene he cites at the train depot is one of my favorites, as is the one at the club's dance. I love Doris's expression when she suspects Rock is up to something, but hasn't quite figured out what it is. You can just see the wheels turning as she tries to put the clues together.

I think nobody wore Jean Louis designs better than did Doris; the wardrobes he designed for her were perfect.
And Burt Bacharach and Hal David did their usual good job on the title song. I recall one critic's opinion that Doris couldn't sing soft rock, but to me her delivery of this song proves him wrong. (Interesting that Doris and Bacharach received their lifetime Grammy awards at the same time -- in 2008.)
Top
Post Reply
671 posts