Came across a few rare photo's. 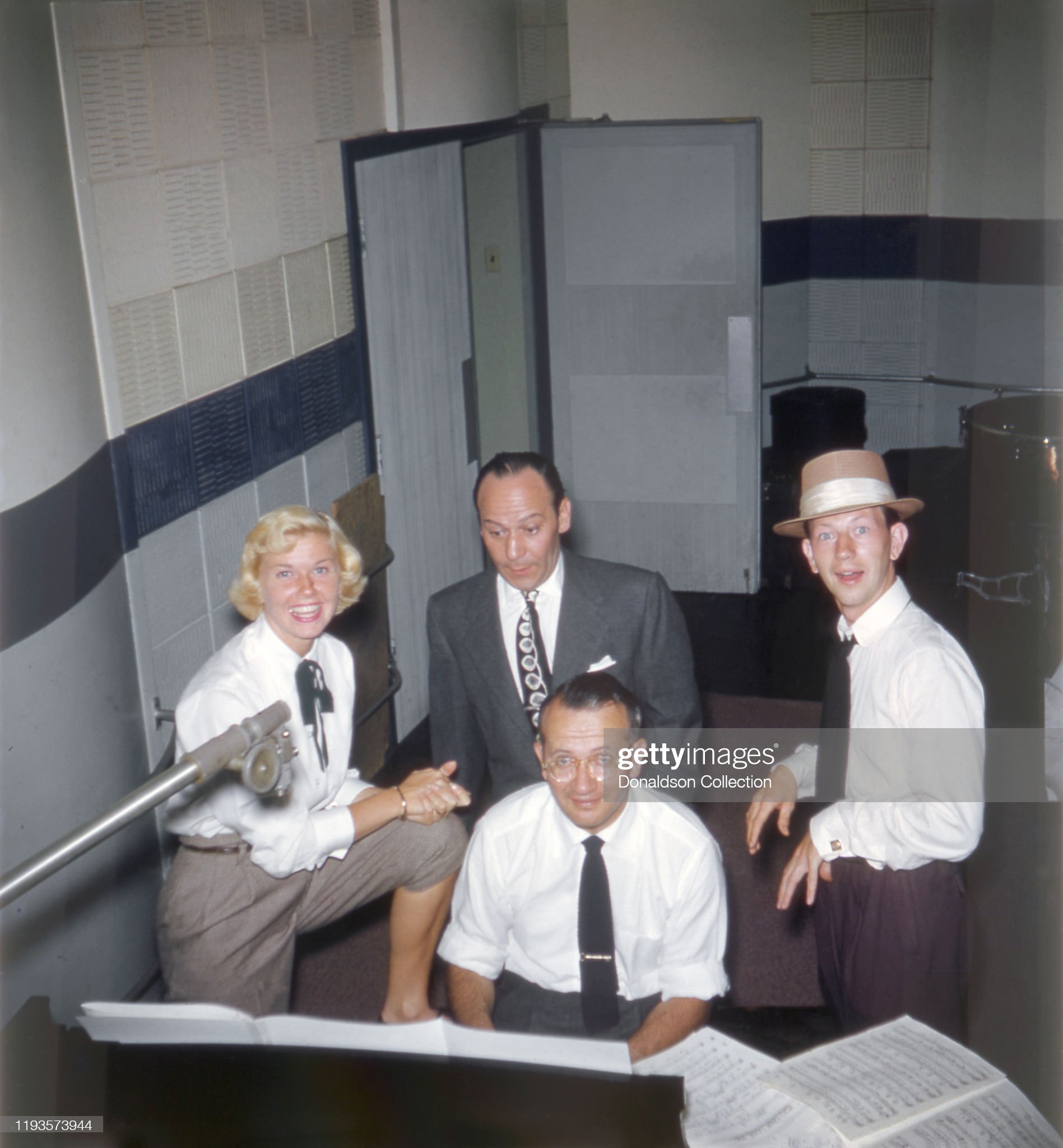 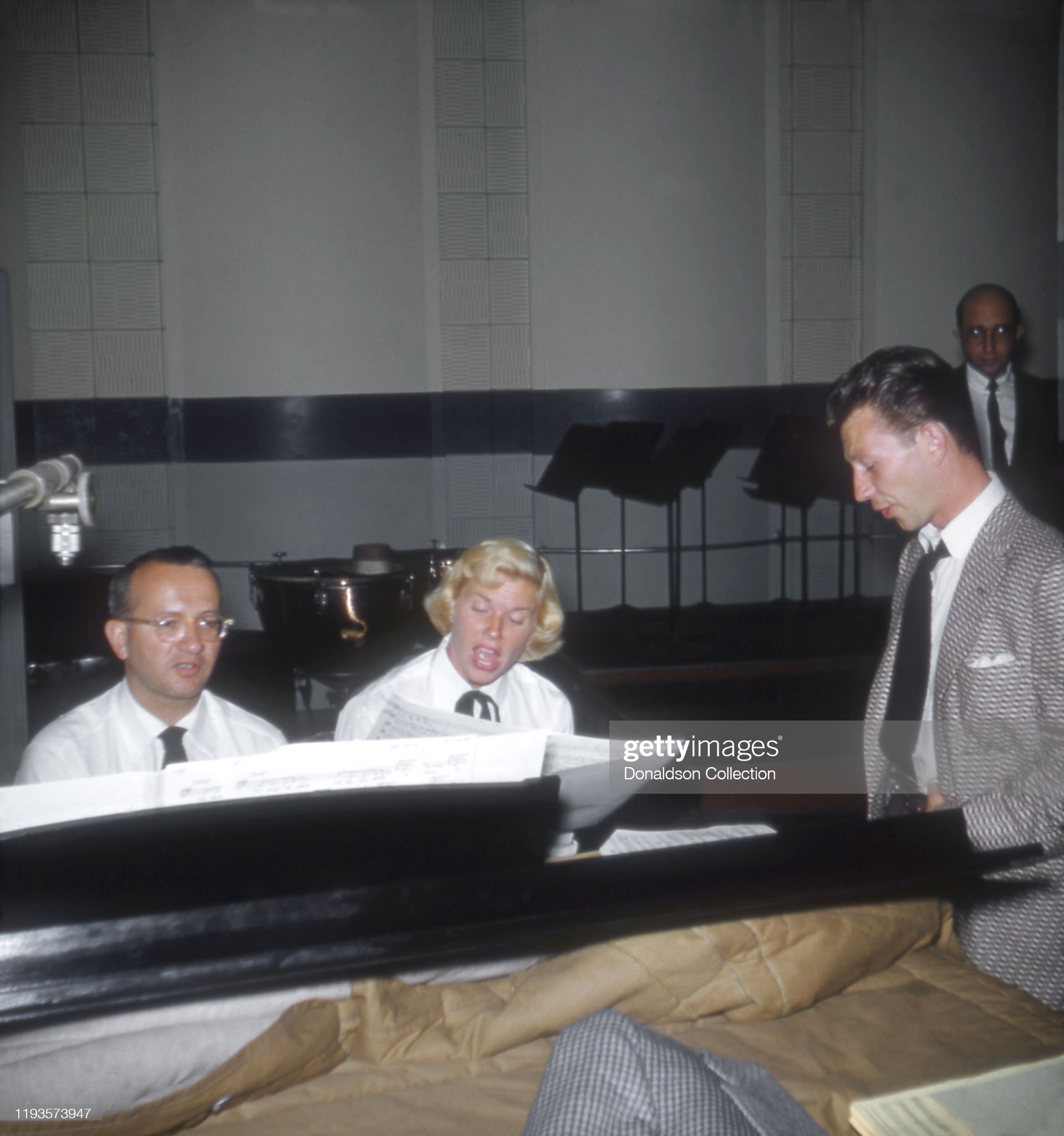 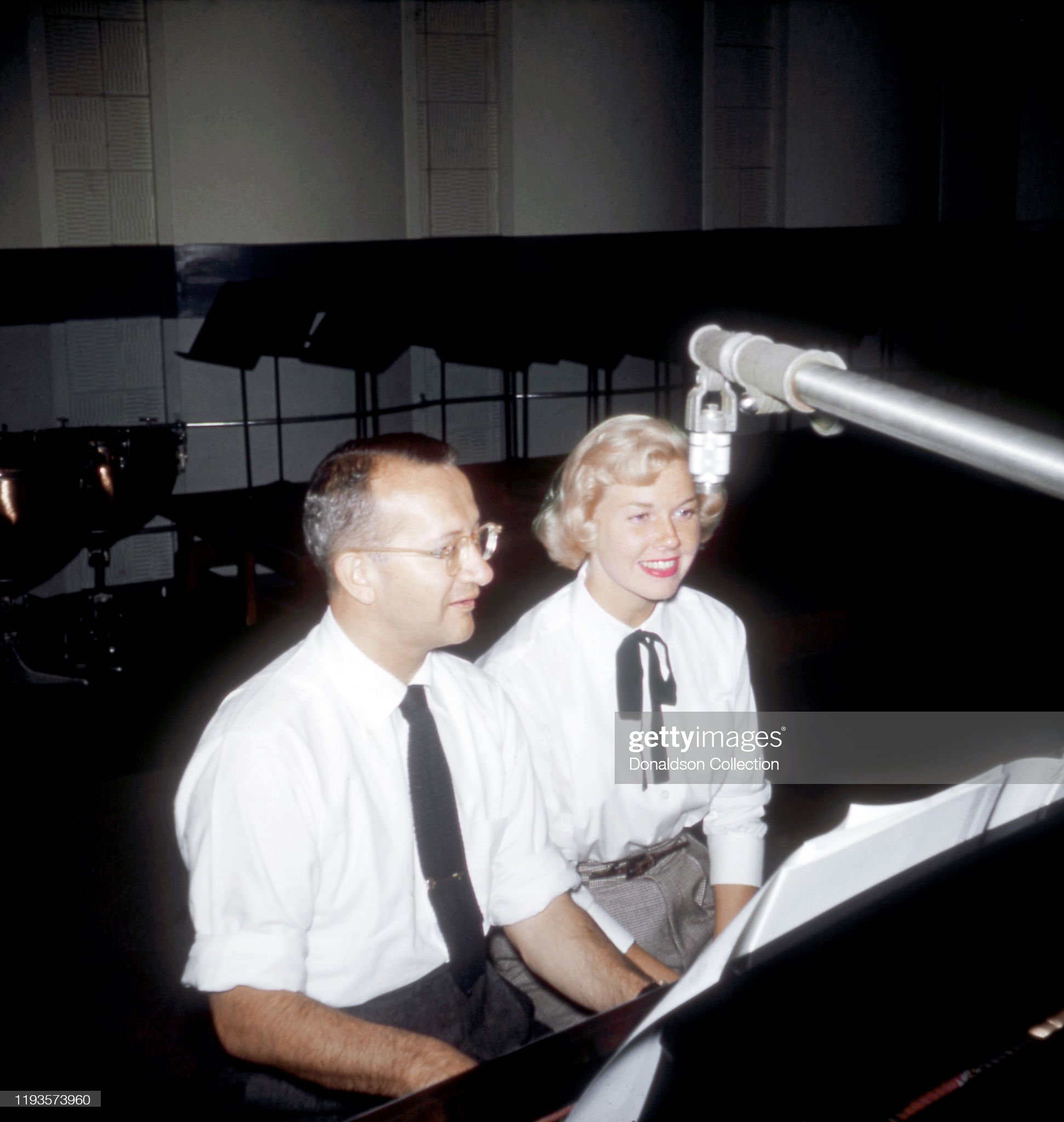 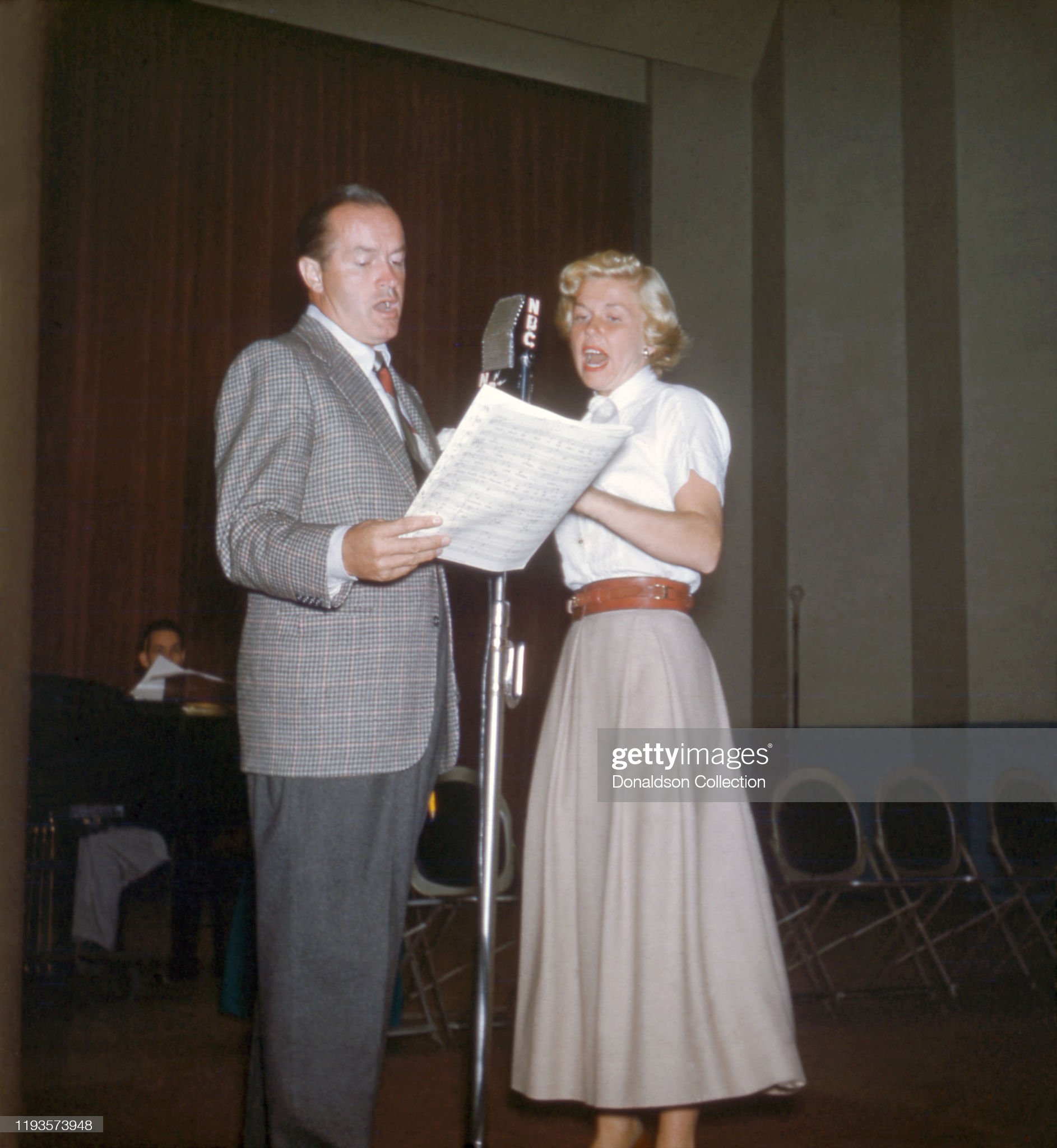 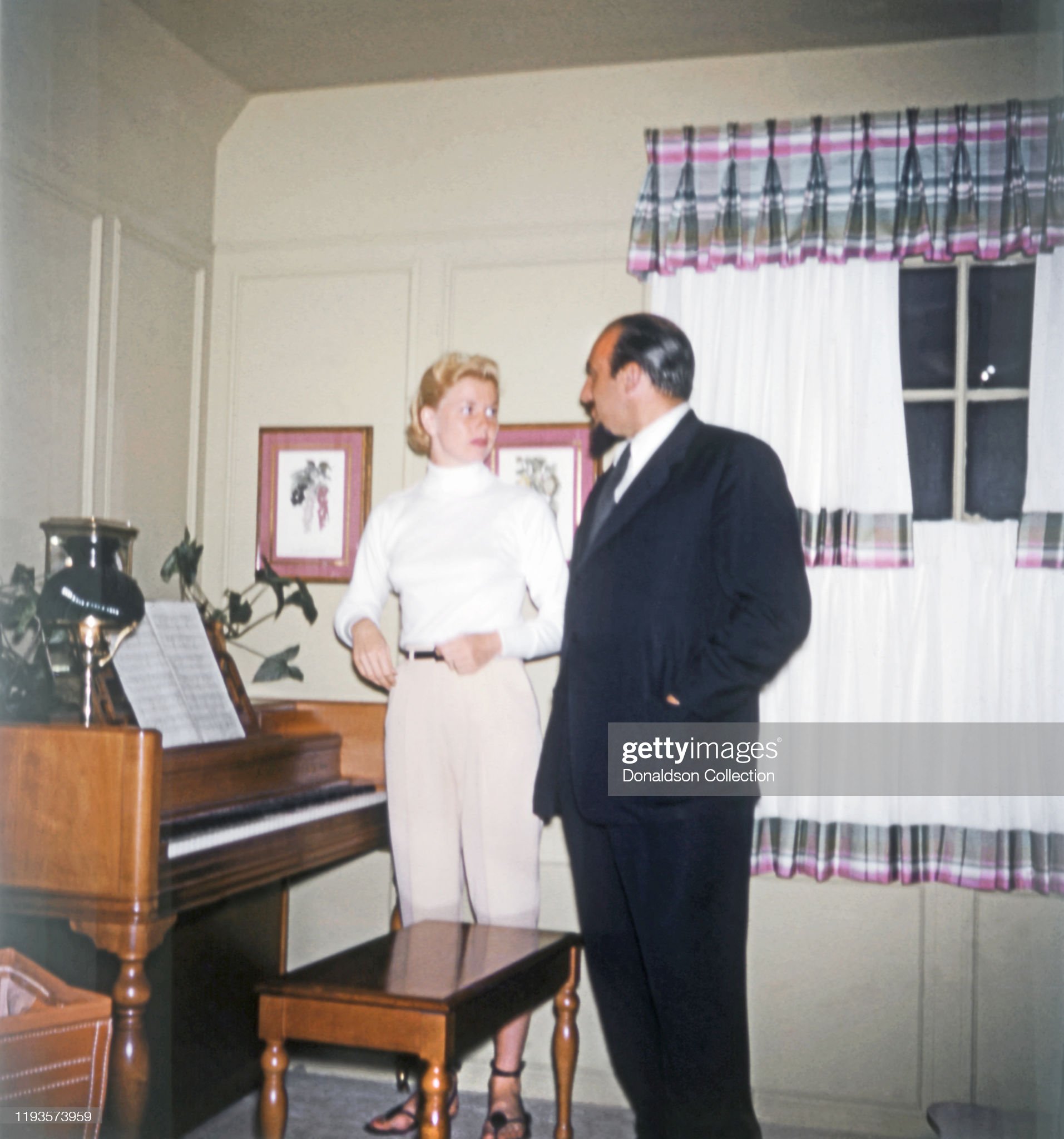 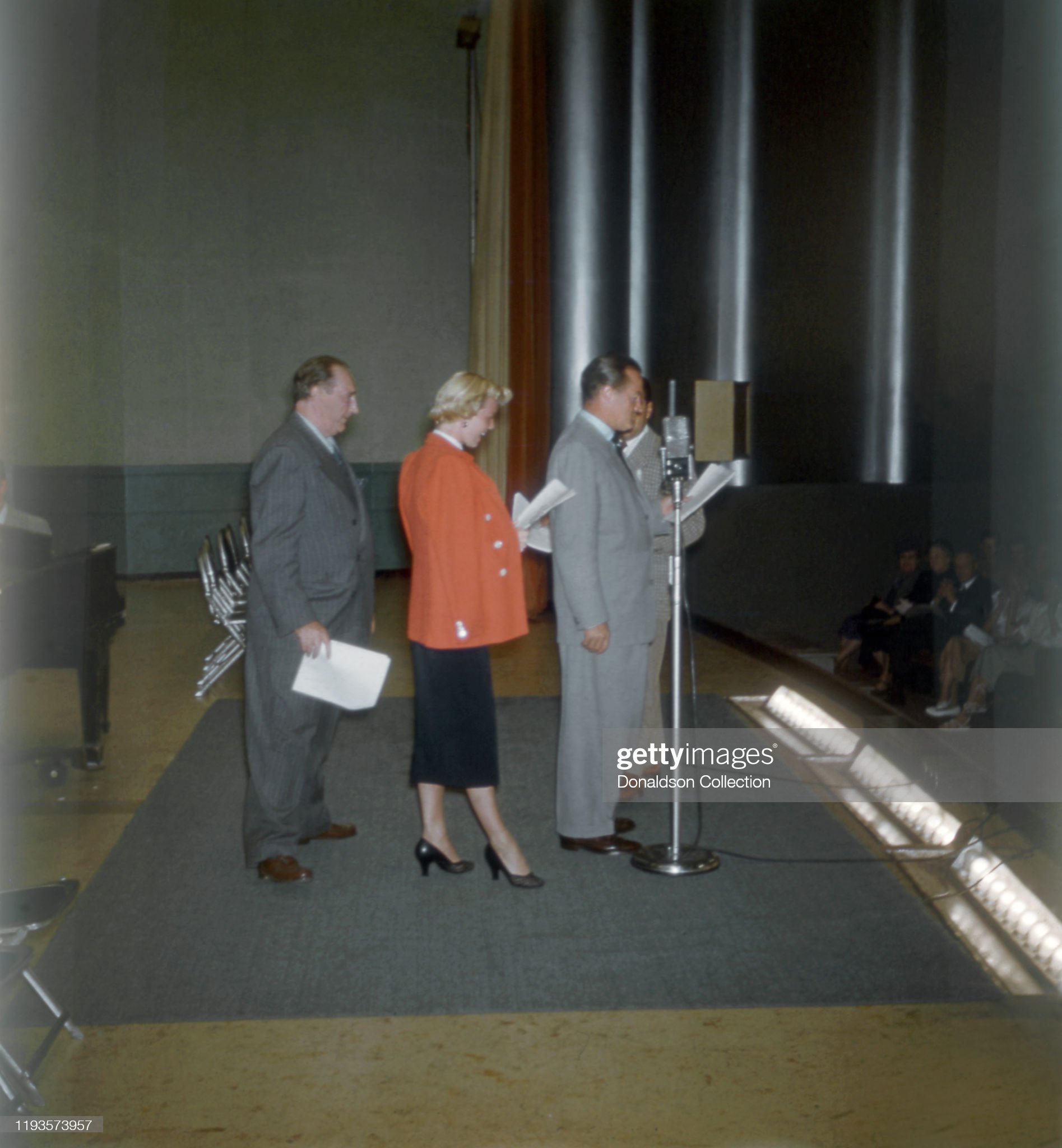 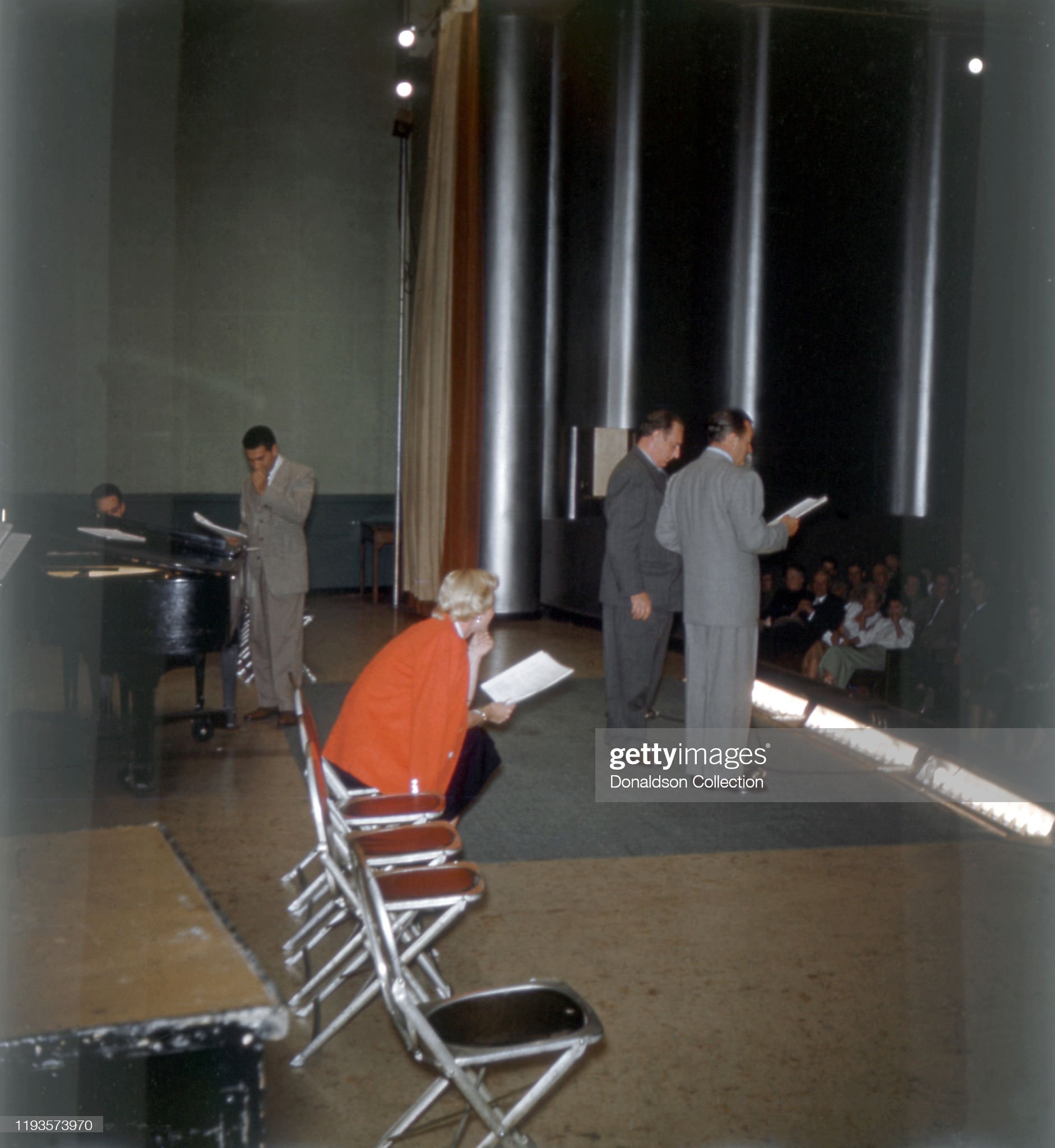 Can use some help with this one. Who is the man on the piano. He looks a little like Paul Francis Webster or Frank Comstock. The label said it was George Weidler, but that isn't him I think. 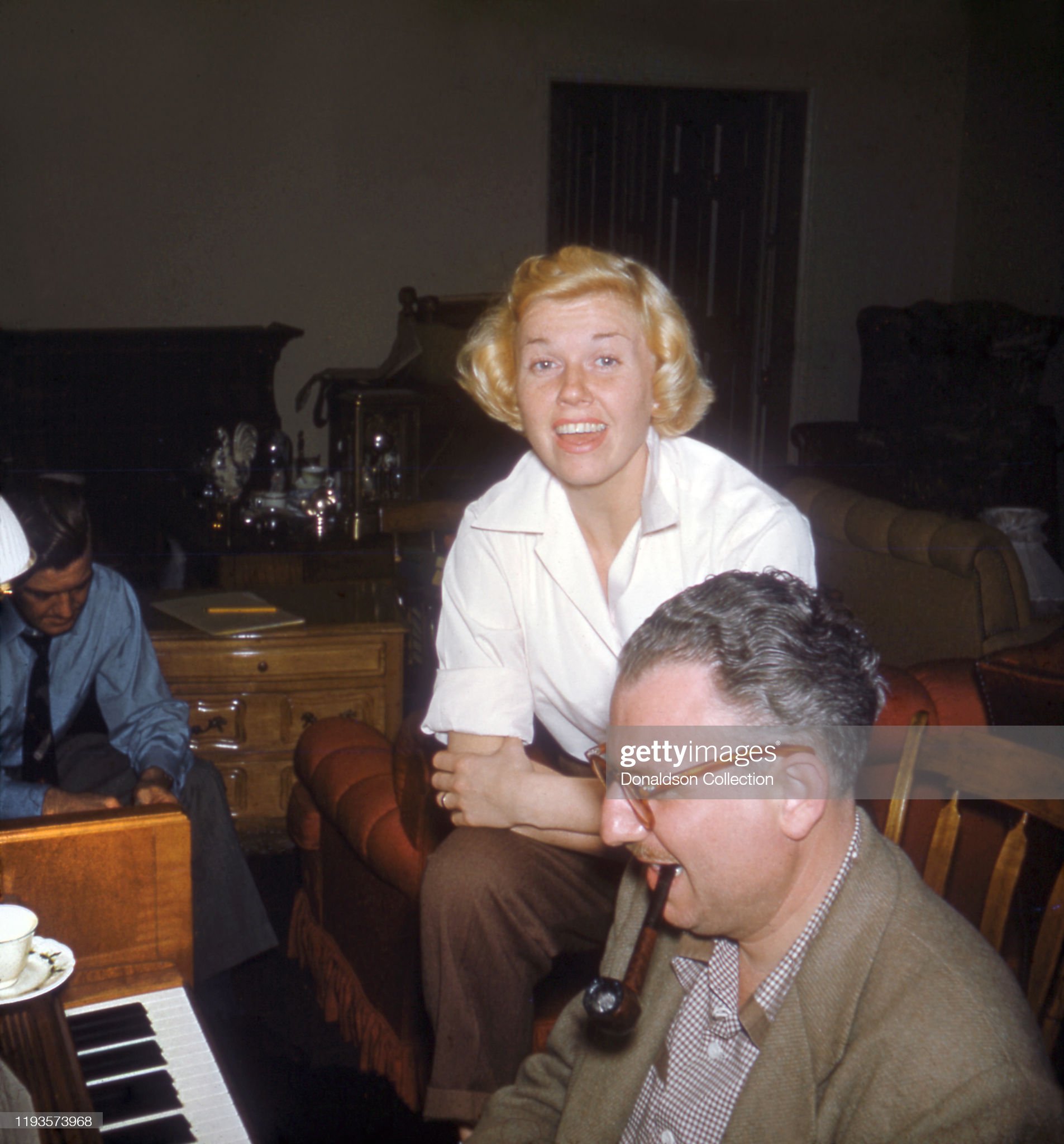 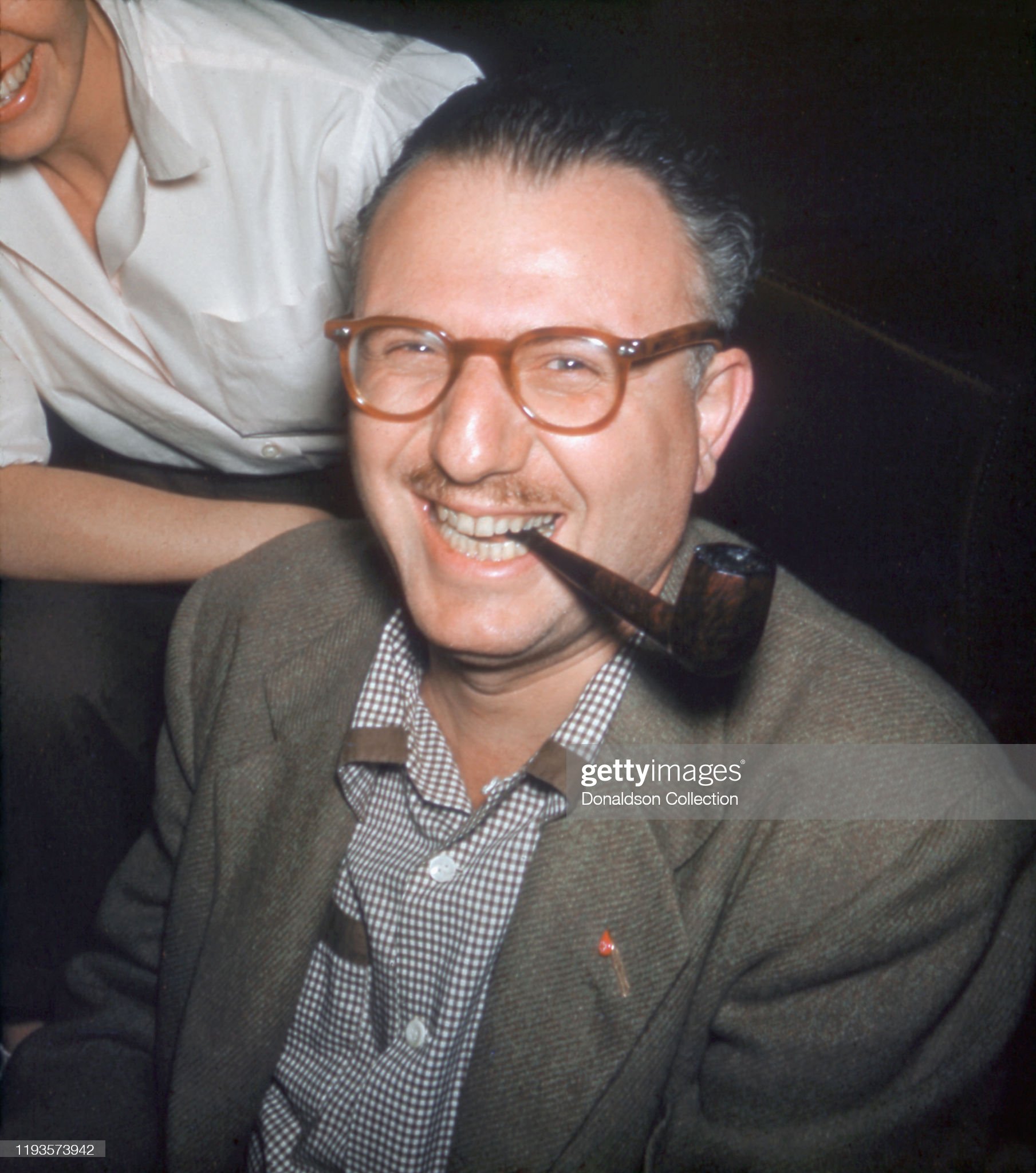 Hope to hear from you!

Peter - thanks so much for posting so many wonderful, rare photos. I've seen the first photo at the Academy Awards rehearsal, and was always so disappointed in that her back was turned to the camera. But the other two - a rare treat! Thanks again!
Like Irene Dunne done.
Top

Hi, Peter -- A great way to kick off this new year with such a fine collection of photos! The pianist with the pipe in his mouth is neither George Weidler nor Frank Comstock. In 1952, Weidler would have been just 26 years old and Comstock would have been 30 -- both too young to be that man. I think you're probably right that it's Paul Francis Webster, who would have been 45 that year. He was very round-faced, and all the photos I've seen of Webster show him with glasses and a mustache.
Top

Peter, you have a gift for finding the most amazing photos.

These are all wonderful. I love the 1952 recording sessions at the piano and the new shots of her rehearsing with Gable at the Academy Awards. Doris is the essence of casual chic in that outfit.

Thank you again for dazzling us with these rare finds.

Thank you so much Peter for all these terrific photos of Doris that are new to me.

The man at the piano is Paul Francis Webster who was born on December 20- 1907. The man in the background with the blue shirt may be George Weilder.

The photos of Doris and Clark Gable at the Academy Awards rehearsal really surprised me. What a treat!

Fantastic photos, thanks for sharing on the forum Peter! ♥

Doris, Janice Rule and Ruth Roman between scenes of Starlift .. 1951 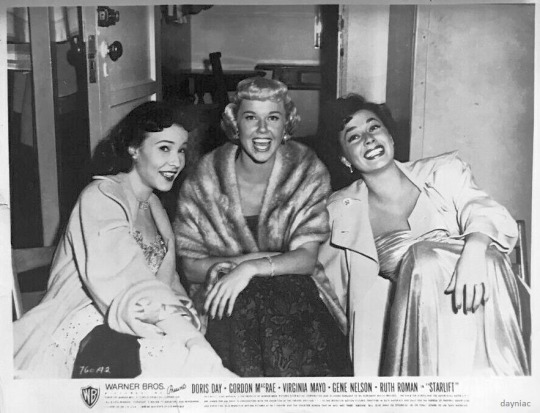 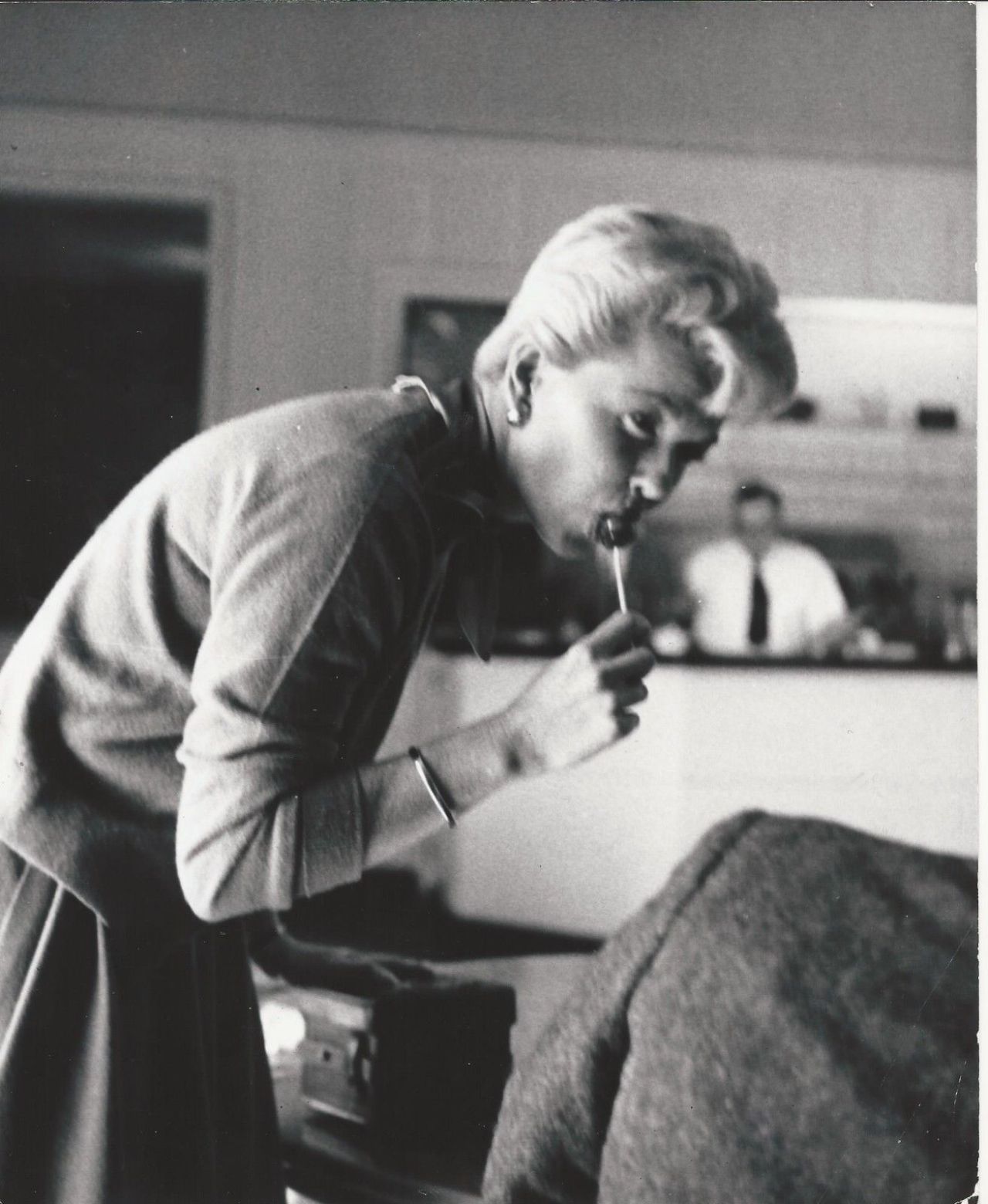 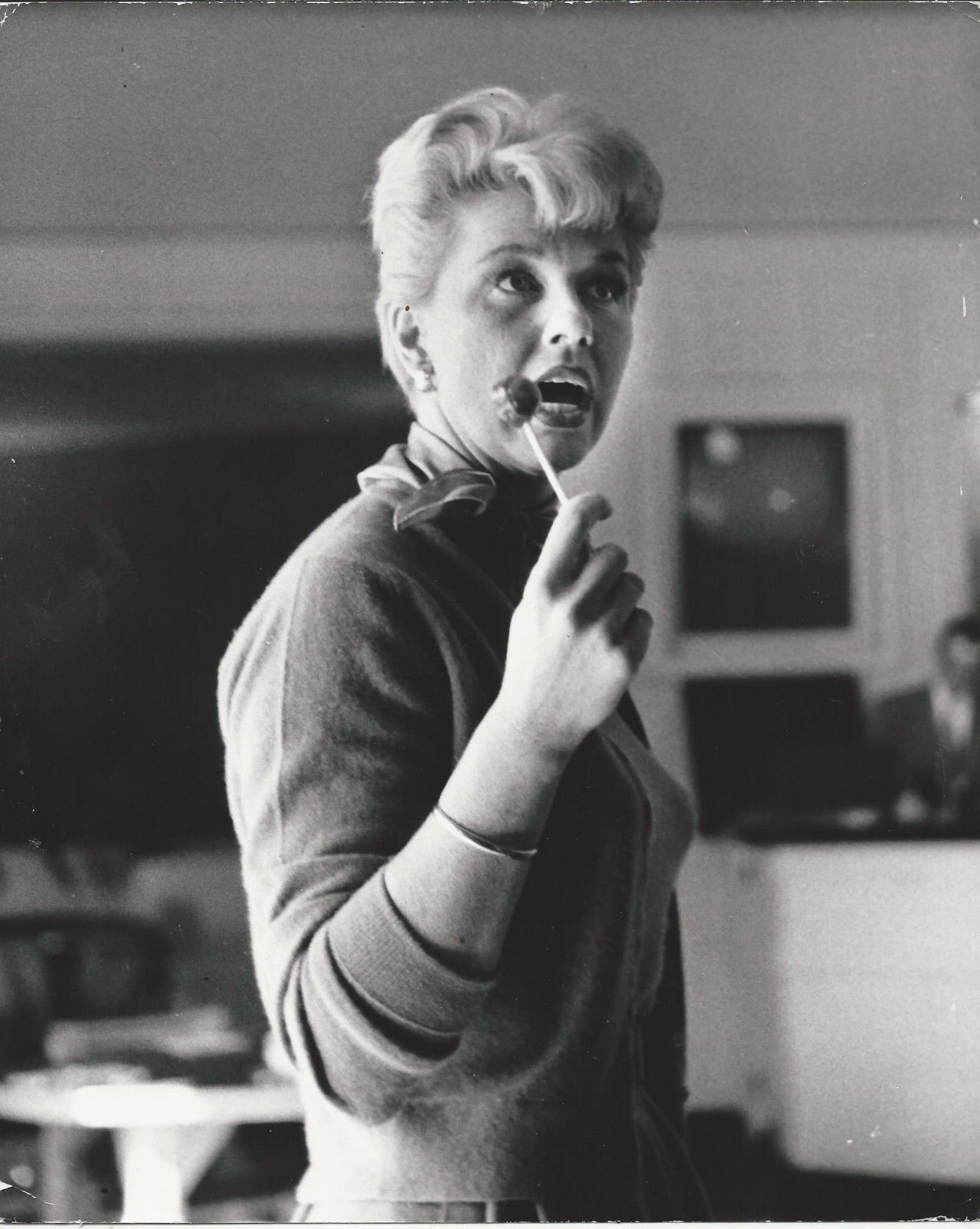 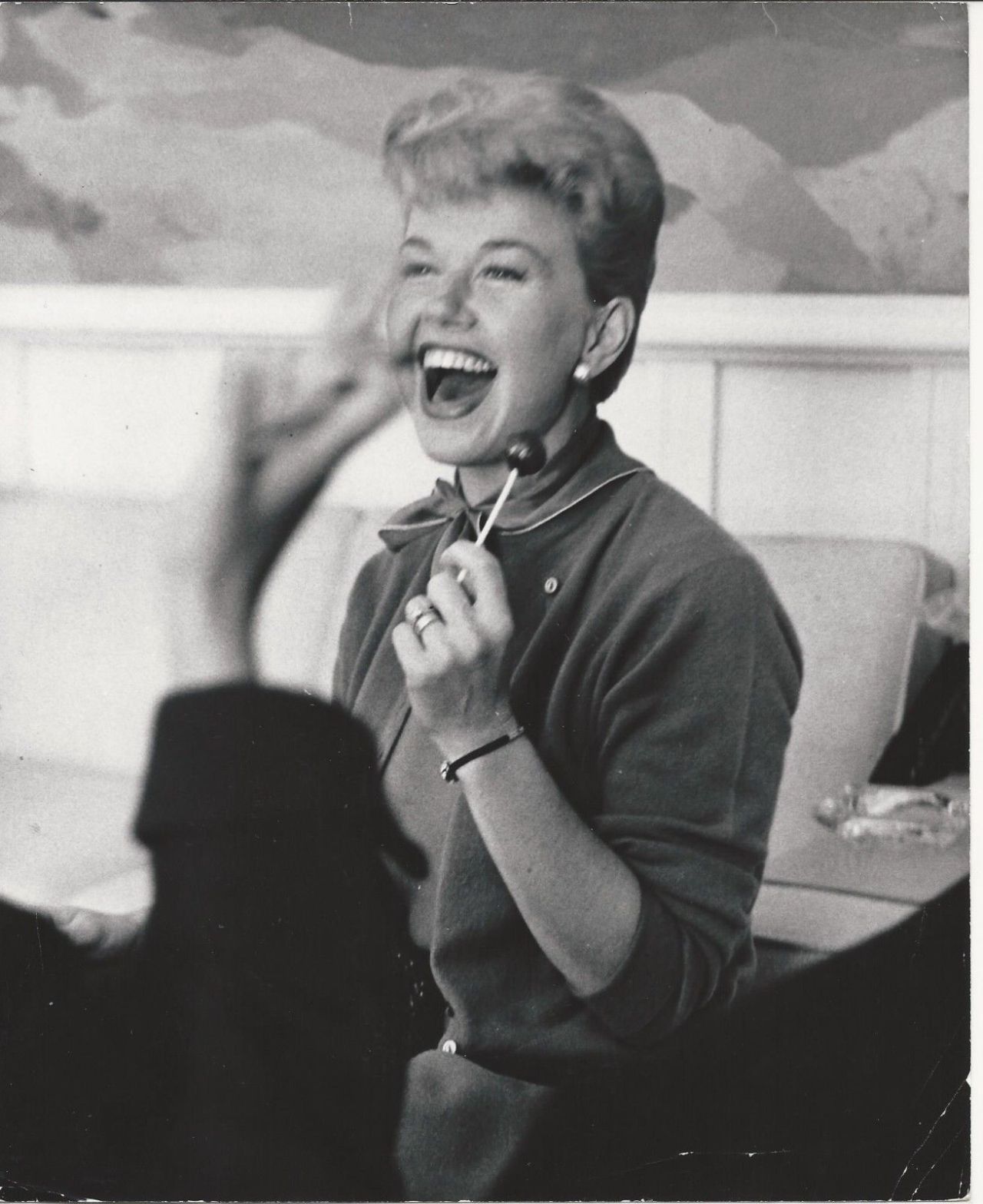 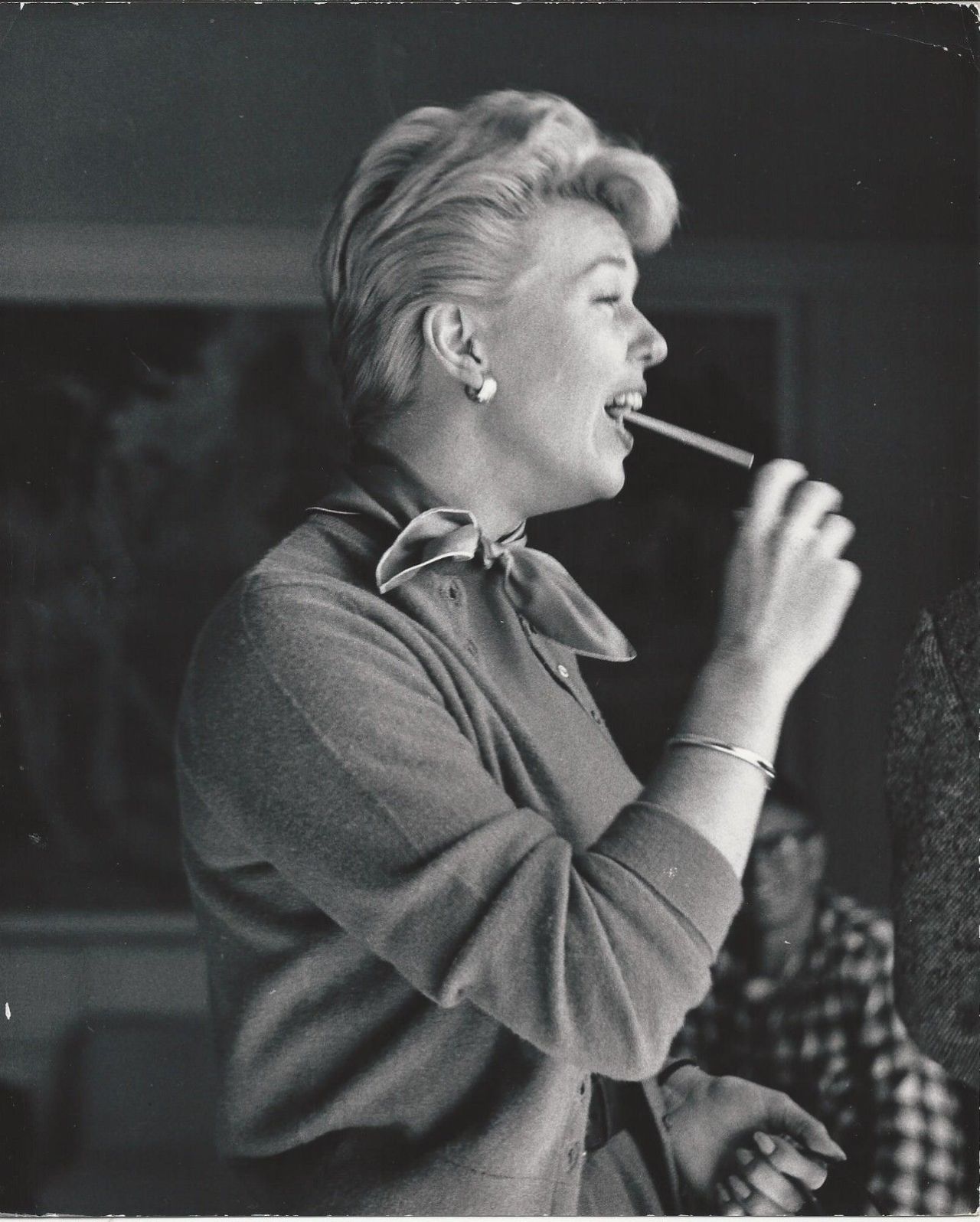 Thank you Ania for the Starlift photo which is new to me.

The Julie photos are a sweet treat. Doris really looks like she could be the girl next door.

Beautiful recording studio pictures, friends! Thank you all for posting!
It's a wonderful day for Doris Day <3
- Dominique
Top

Fabulous pictures, thanks for sharing.


It has been a while since we have heard from you. I hope you are well.

I hope we hear from you soon.

I've had to remove some links on this post as it went to an unsafe web page that set off my anti-virus program. - Bryan

Can use some help with this one. Who is the man on the piano. He looks a little like Paul Francis Webster or Frank Comstock. The label said it was George Weidler, but that isn't him I think.
1952 Doris Day & ???? 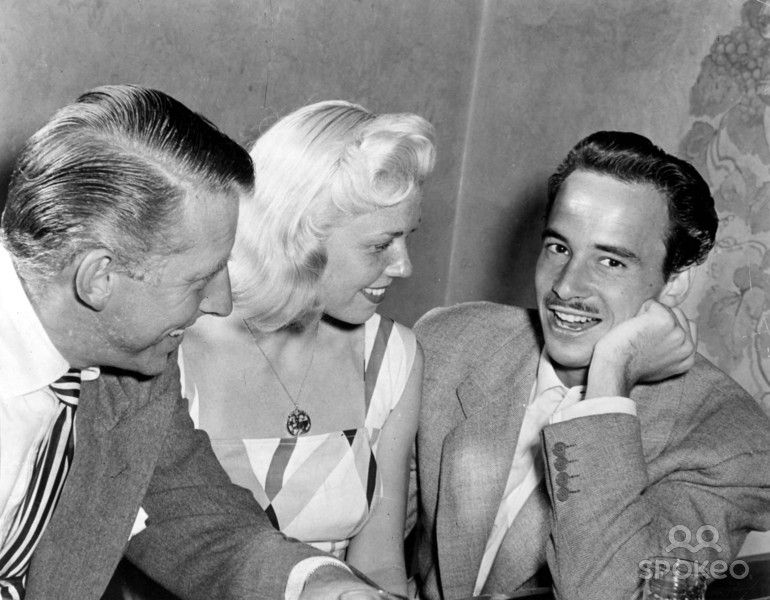 Plus, if the photo reflects a 1950-1952 hairdo instead of the much-to-slightly longer hair she had in the late 1940's - wouldn't Weidler have been out of the picture. I know there are some authors who contend she was still seeing Weidler occasionally even after the divorce, but would she have had him at a rehearsal or recording session?

From what I've read about Paul Kappel (Kappellhoff) he moved to California in 1951 to work in promoting Doris music - so that would fit with the hairdo timeline.

The photo of Doris between the two men has Doris looking at her ex husband George Weidler whom she divorced in 1949.

The man on the left of Doris is not her brother Paul who would have been about thirty years old. He died in 1957 at age 37. The man in the photo looks much older.
Johnny
Top

Are you sure Johnny? He looks too old, GW was younger than D - so would have been in his mid 20s by this time?
Top

I have seen the photo before and thought it was George. Doris had described him as a very handsome man. George was the brother of child actress Virginia Weilder. Perhaps someone on this forum can confirm the identity of the two men with Doris in the photo.

I have been searching out photos of saxophonist George Wilder and could only find a side profile on Wikipedia. It states George was born in January 1926, and that he married Doris in 1946 when Doris was twenty-four. They settled in a trailer park in Los Angeles. They divorced in 1949.

On page 85 of Doris Day: Her Own Story I did discover an interesting piece of information. It states that Doris' agent Al Levy introduced Doris to his partners at Century Artists Dick Corso and Marty Melcher. This appears to be before Doris made her first film Romance On The High Seas.
Johnny
Top

I think this will answer the questions about the photo showing Doris between 2 men. The man on the left is bandleader Stan Kenton and the young man with the mustache is George Weidler. Kenton hired Weidler in 1947 (what month, I don't know) and immediately wrote a piece especially for him that has a long solo intro.
Called "Elegy for Alto," it's worth a listen if you like to hear good sax work. When Weidler and his 2 brothers signed with Capitol Records on their own as an instrumental trio in the early 50s, they went by the name of Wilder.
Top

Thank you Musiclover for the background information on George Weidlers' music career.

I am glad to know to know the other man in the photo with Doris is bandleader Stan Kenton. I do recall hearing his West Side Story album.

Thanks for solving another Doris Day photo mystery.
Johnny
Top

I love them all, however, I really especially love the pics of DD rehearsing for Oscar.

Still around, very busy time behind me. And now strange times before us all... Not nice. Glad we are still all around. Take care of yourself and of your near and dear.