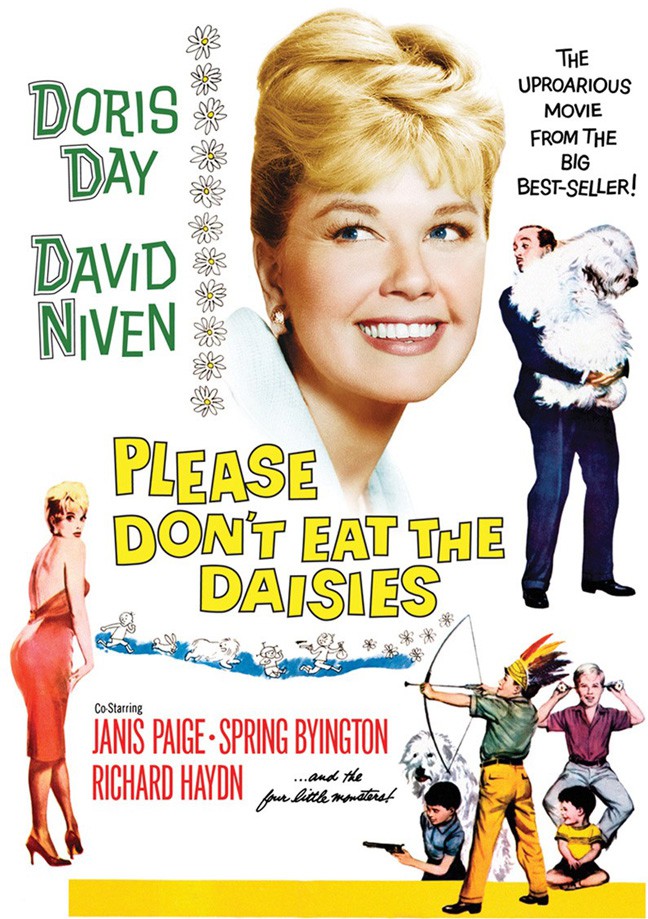 One of Doris Day’s most believable characters

Please Don’t Eat the Daisies was released in the spring of 1960 and before the year was out, Doris Day had been named the number one star (male or female) at the box office. She was the hottest property in Hollywood and could write her own ticket. Although the movie was critically acclaimed, as was Jean Kerr’s book on which it was based, I wondered as a youngster why Day would make a picture with that awful title – but at the theatre where I went to see the film, there were crowds around the corner and four deep waiting to get in. 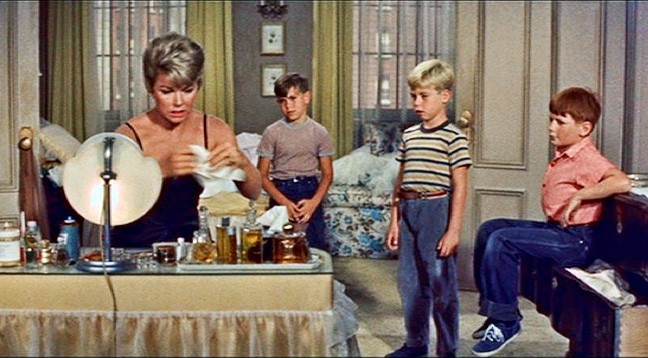 The critics were right; this is a great comedy! Day portrays Kate McKay, wife of former professor and new theatre critic Larry (David Niven) and mother of their four young sons. Niven turned out to be a fine leading man for Day, who is wonderful in this role. It became one of her most believable characters. Unlike most of her female contemporaries in films during the 1950s and 1960s who avoided on-screen motherhood, Day was a movie mother several times throughout her career. 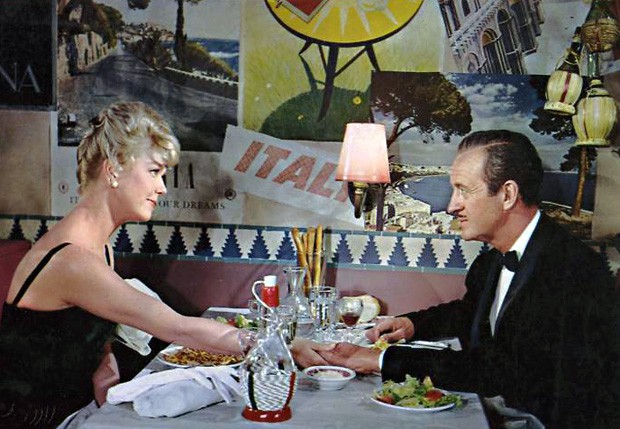 David Niven turned out to be a wonderful leading man for Doris Day.

She is an expert comedienne, and in this film plays the harried mother with just the right amount of exasperation, helplessness, and understanding that boys will be boys. Her acting with kids is so natural, you’d think she’d actually given birth to them! In the initial scene, Kate is preparing to attend the opening of a new Broadway show, for which Larry will write his first review. While she is dressing, her mischievous boys are raising havoc.

The play turns out to be awful and Larry is forced to give it a bad review. That infuriates its star, Deborah Vaughn (Janis Paige) and its producer, Alfred North (Richard Haydn), the McKay’s closest friend and godfather of their children. Alfred considers the review to be a betrayal of their long friendship and, with Deborah’s help, launches a counter-attack on Larry. Growing weary of the countless parties she and Larry must attend and of the periodic run-ins with Alfred and Deborah, who are on the warpath, Kate convinces her husband that they should move out of Manhattan to the country.

She locates an enormous house that needs major repairs and sets about renovating it. The chaos that ensues is hard on Larry, who begins staying in the city during the week, and on their neurotic sheepdog, who is unable to adjust to living in the country. As Kate and Larry’s marriage cools, her mother (Spring Byington) steps in to rescue it. Byington’s wonderful performance, filled with grandmotherly pizzazz and outspoken brashness, brought her a Laurel Award nomination for best-supporting actress. 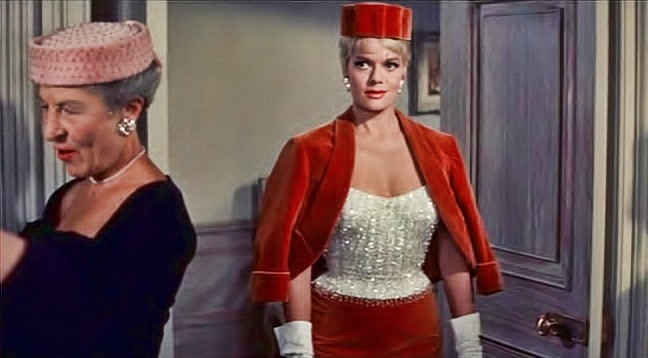 Janis Paige, as the oversexed Deborah, gives an absolutely brilliant performance. Why she wasn’t nominated for a best supporting actress Oscar for this is beyond me, but she did join Byington as a Laurel nominee in that category. Richard Haydn is appropriately haughty as Alfred, and appears genuinely hurt by what he deems Larry’s betrayal.

Charles Walters beautifully directs the four sons, played by Charles Herbert, Flip Mark, Stanley Livingston, and the Gellert twins, who alternately portray the toddler. It’s sad that there isn’t an Oscar category for bit players; there are some great ones in this movie. They include Patsy Kelly as the unflappable maid, Carmen Phillips as a vampire-like apartment hunter, and Margaret Lindsay as a socialite with a wicked streak. Jack Weston’s portrayal of an aspiring playwright was his first role in a major film, and years later he was highly complimentary of Day, both personally and professionally. 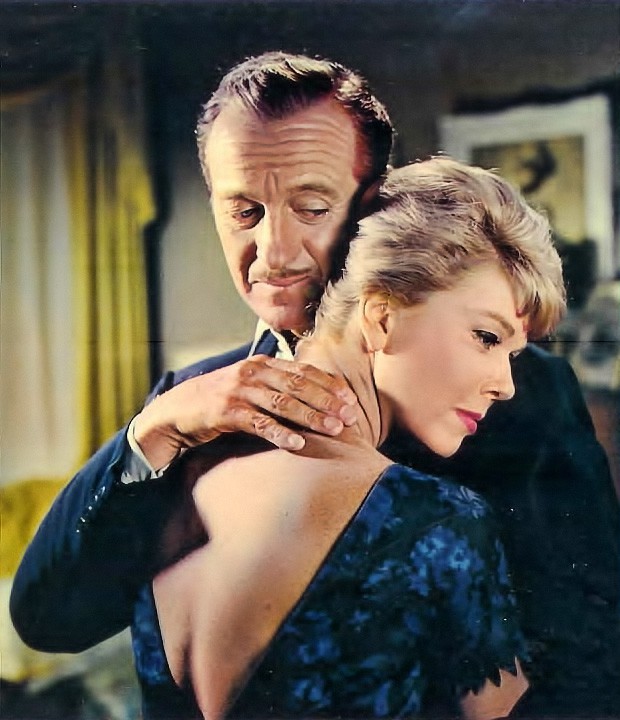 Day gives one of her most genuine performances. She is so realistic in her scenes that it is difficult to tell whether she is acting or whether she is really Kate McKay. In the film she sings two songs, including the title song (music and lyric by Joe Lubin, who also wrote Teacher’s Pet), as well as a snippet of Whatever Will Be, Will Be. 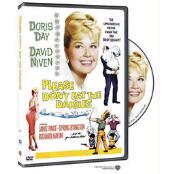 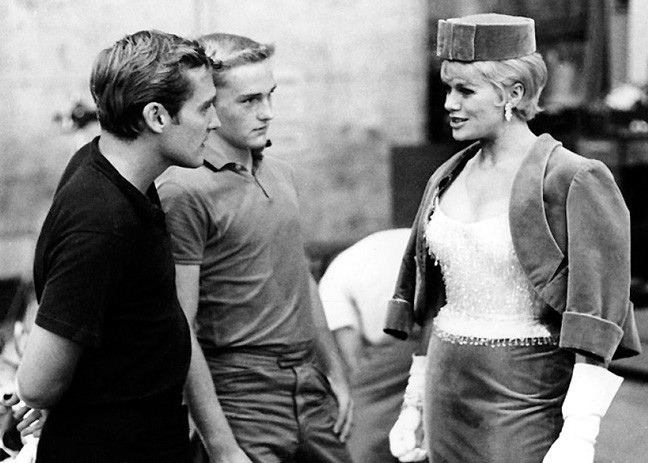 Dennis and David Hopper with Janis Paige, in costume for Please Don’t Eat the Daisies.

Behind the scenes – David Niven

“Doris Day was already a household name in America when Please Don’t Eat the Daisies was released; her reputation as a gifted comedic actress had been confirmed in previous films like Teacher’s Pet (1958), and Pillow Talk (1959) and her persona stayed true to form for Daisies. Yet, while there is an undeniable chemistry between Day and co-star David Niven on-screen, the two actors rarely interacted once the cameras had stopped rolling. 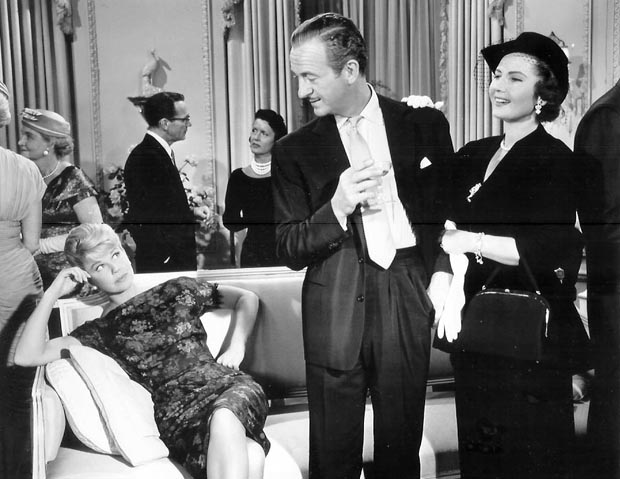 In Niven’s case, there was a reason for his aloof behavior; during filming, he had separated from his wife, Hjordis, an event that caused the actor considerable anguish. Richard Haydn, who played a supporting role in Please Don’t Eat the Daisies, recalled, in The Other Side of the Moon: The Life of David Niven by Sheridan Morley. “A rather distraught David on the set. It so happened that we were both called for the first day of shooting but he was terribly nervous and that whole day’s work had to be done again later”.

Producer Joe Pasternak, who had worked with Niven twice before, was now observing a markedly insecure man, and devised a way to deal with his growing self-doubt. In Morley’s aforementioned biography, Pasternak recalled that “David used to keep asking me why I’d hired him when there were so many better actors around so I said, ‘Look, I’ll tell you what I’ll do. Every day I have to look at the rushes, and if you’re any good I’ll give you a quarter.’ So every morning he used to hang around like a schoolboy waiting for his 25 cents and some days I wouldn’t give it to him and then he’d act a bit better the next day. But I don’t think he was very happy…and David seemed much more turned in on himself than he had been before”. This image of Niven is so vastly different from the dashing figure he cut in such films as Raffles (1940) – as an elegant jewel thief – and Around the World in Eighty Days (1956), where he played sophisticated world traveler Phileas Fogg. David reconciled with his wife before filming wrapped on Daisies, but the strain the incident had placed on Niven was glaringly evident to both cast and crew.” – Eleanor Quin, TCM. Read More 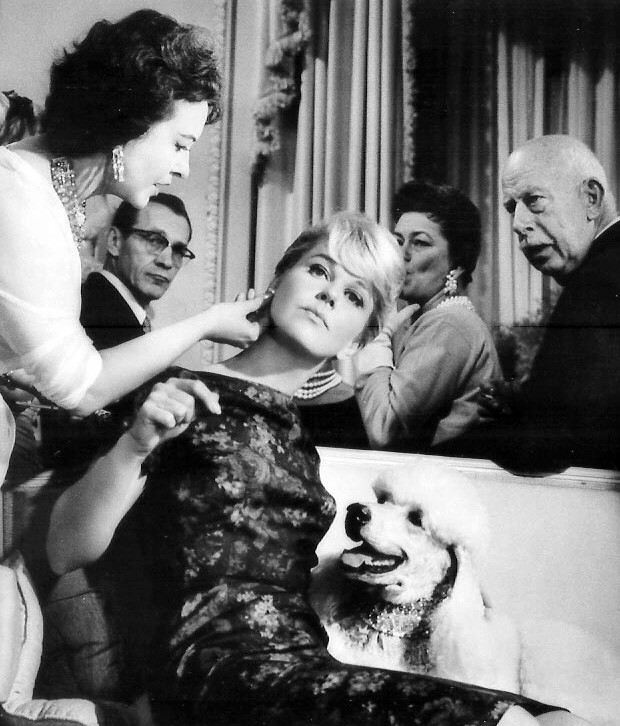 Doris Day gets made up for Please Don’t Eat The Daisies.