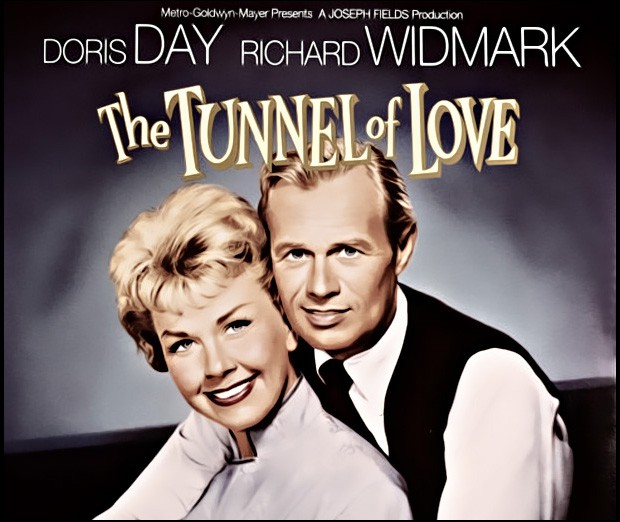 Shot in a matter of weeks, it clearly betrays its theatrical roots, being based on a popular Broadway hit which later became a staple for summer stock productions for many years. Despite its tight budget and shooting schedule, it surprisingly lost money. Miss Day was nominated for a Golden Globe as Best Actress and received the coveted Laurel Award from Motion Picture Exhibitor Magazine for being the most popular female star in films, the first of eight consecutive awards as most Popular Actress by this publication. None of this, however, saved The Tunnel of Love, which does provide some amusing moments despite a slightly overlong running time which allows interest to sometimes wane.

Gene Kelly directed the talented cast in his final film at MGM after more than 15 years under contract. Had original plans worked out a decade later, he’d have again directed Miss Day in “Hello Dolly” which Richard Zanuck initially wanted as a vehicle for the gifted blonde. Doris Day and Richard Widmark play a Connecticut couple who want to have a baby. The film’s plot revolves around those efforts as well as a lot of misunderstandings which are better seen than described. 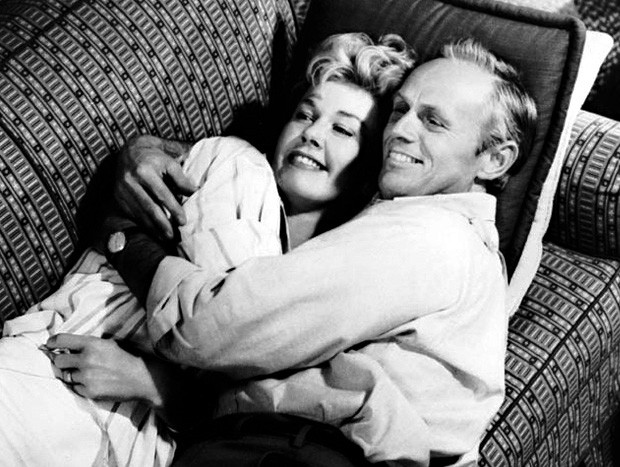 Doris Day and Richard Widmark play a couple who want to have a child.

As always, Miss Day is a delight. Her comedic talent is second to none and she makes the most of the sometimes tepid situations, giving it the benefit of her personality and skill at making you believe everything she says. Fabled Hollywood Hairstylist Sydney Guilaroff who worked on this film as well as several others with Miss Day told me personally that, “Doris was the most professional actress I have ever encountered. She always knew her lines, never kept people waiting and treated the crew with the same dignity and kindness that she treated her co-stars.“ 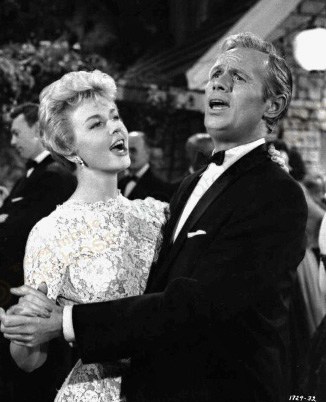 A highlight is Miss Day’s exuberant rendition of Runaway, Skiddadle. Skidoo – a peppy little song that even allows Richard Widmark to sing along.

Widmark surprises with a very charming and easygoing comic performance. He and Miss Day work well together and it’s too bad they didn’t have better material to serve them. Gig Young is in his usual fine form in this the third of four screen performances opposite Miss Day. Elisabeth Fraser in the second of four roles opposite Miss Day displays her usual polish. Gia Scala adds window dressing and the viewer will come away not feeling they’d wasted their time but with the talent involved probably wishing for a sweeter aftertaste. Perhaps color would have brightened the proceedings in more ways than one.

The Broadway production of The Tunnel of Love starred Tom Ewell, Nancy Olson and Darren McGavin. Glenn Ford was originally set to appear alongside Doris Day in the film version but had to drop out because of other film commitments. 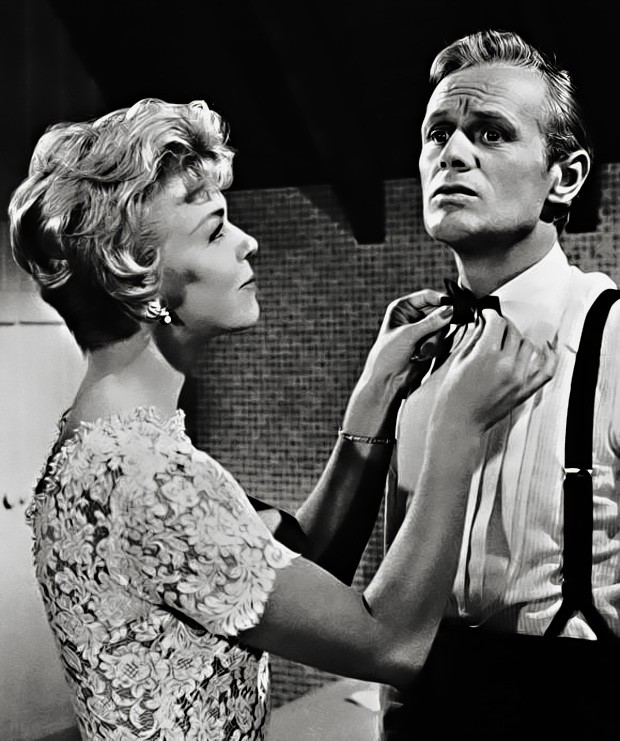 Filmed in only a few weeks on virtually one set, the picture still lost money. Doris Day later blamed its failure on a poor script saying:

In 1958 and 1959 I made a couple of pictures that did not do well at the box office. The Tunnel of Love with Richard Widmark and It Happened to Jane with Jack Lemmon. The former had a poor script that I didn’t want to do. but Marty had already signed me for it”. – Doris Day, Her Own Story 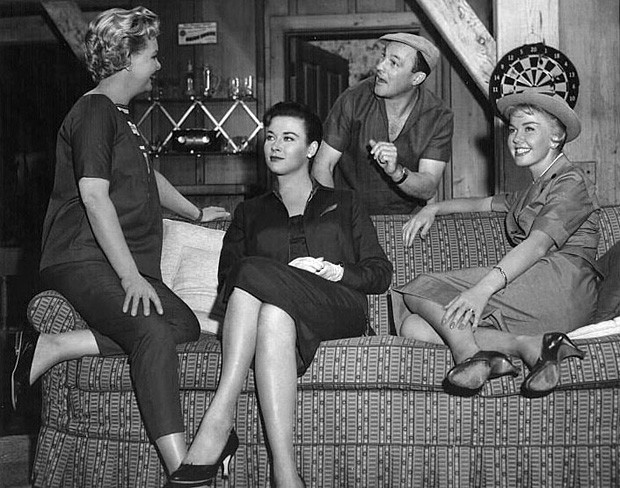 Director Gene Kelly on the set of The Tunnel of Love.

Kelly succeeded, bringing The Tunnel of Love in on time and within the budget. Yet, it didn’t perform well at the box office, for reasons which Kelly later revealed in The Films of Gene Kelly: Song and Dance Man:

This is no criticism of Richard Widmark, who is one of the finest film actors we have and who actually started his stage career playing light comedic parts. It’s simply that the public fixes an impression of an actor, they accept him in a certain guise and they don’t like him to stray too far from it. Widmark had established himself in serious material and they weren’t prepared to accept him in this light, sexy part. The public creates type-casting, not the actors, unfortunately.” – Gene Kelly 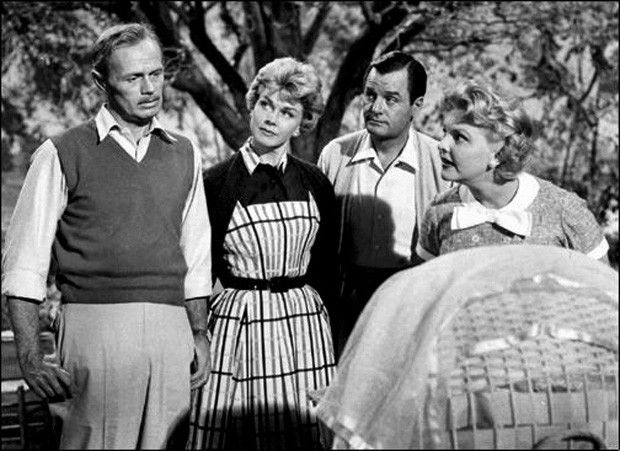 A question of ‘Who’s the daddy?’ in The Tunnel of Love.

Doris Day, the epitome of the wholesome American girl next door, again displays a likeable warmth and Richard Widmark plays the slightly neurotic would-be father with style and feeling.” – Films and Filming

“Gene Kelly has done wonders. Every situation is carefully contrived, every laugh milked bone dry, most expertly by Young and Miss Fraser, champion milkers from way back. Widmark joyously throws himself into this bit of switch casting. Doris Day skilfully rounds out the quartet of fun-makers.” – Photoplay